Wandering through the West in the hot summer of 1945 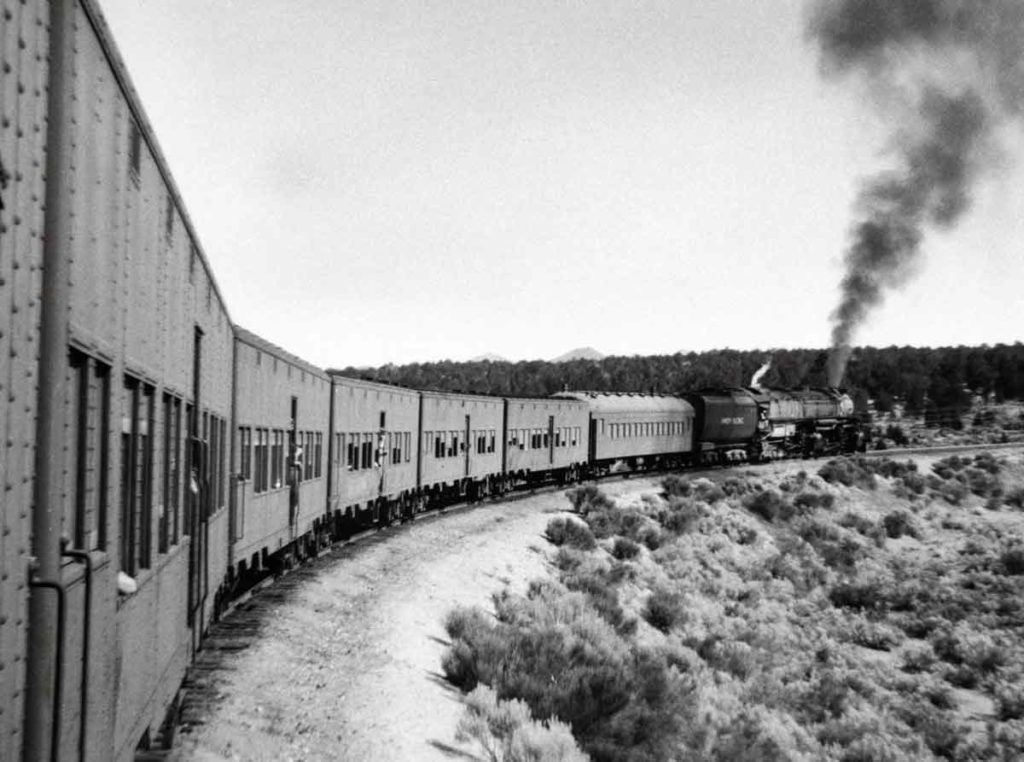 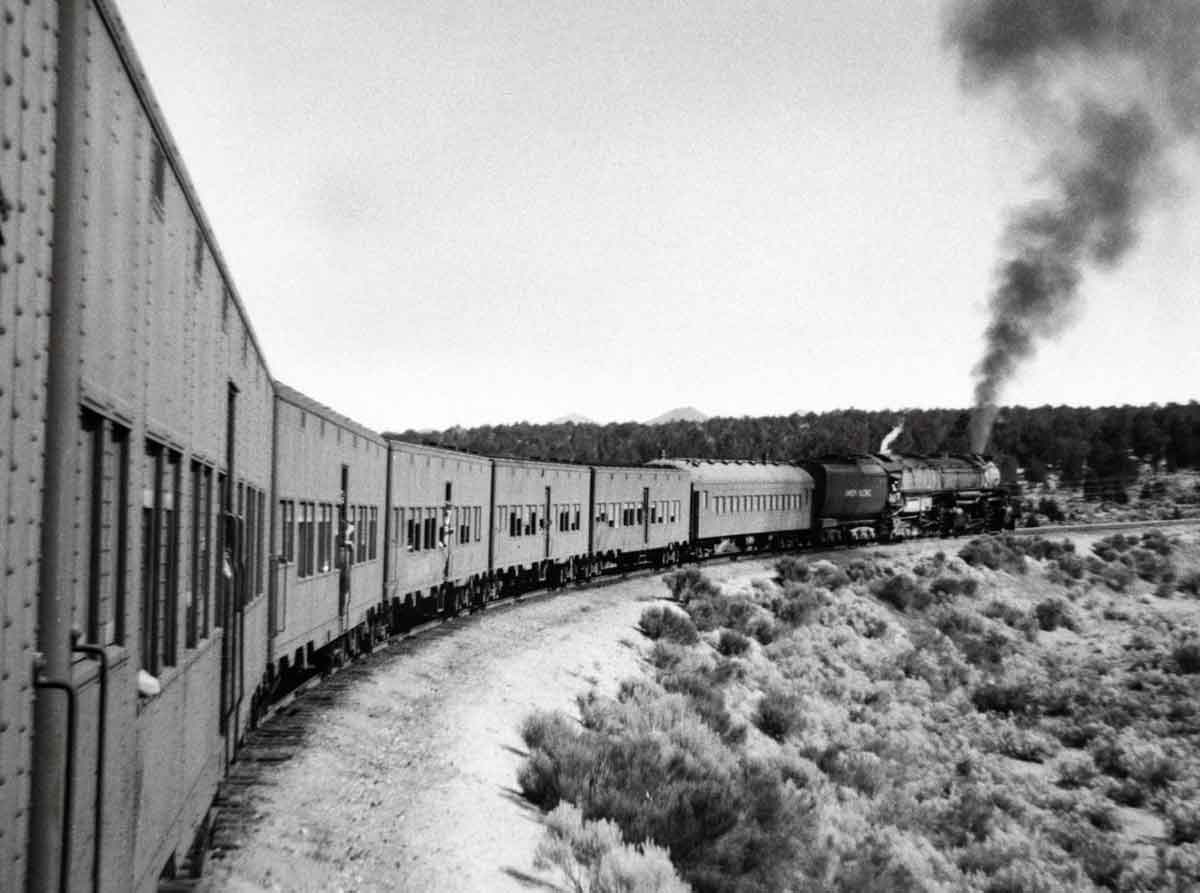 A Union Pacific 4-6-6-4 leads a troop train east through California in 1946.
George M. Speir
In early May 1945, I boarded a troop train at Fort Knox, Ky., and headed west on the Louisville & Nashville, destination unknown. The war in Europe had just ended and my fellow 18-year-old replacement tank crewmen had been held back in the States because of a new Army rule that you had to be at least 18½ to be sent overseas. We did not know it at the time, but we were to be converted to infantry and sent to the Southwest Pacific.

The train was made up of 21 cars, mostly old Pullmans, plus a diner and a few baggage cars. Some 1,200 of us were crammed into the sleepers—two men in a lower bunk, one in the upper. My bunkmate was a guy who had abscesses on both arms where he had been bitten by chiggers during field training. They had bored into his arms and died, causing open sores to form. Because of this he got the lower bunk, and because of my small size I was assigned there too.

The train went through St. Louis; Kansas City; Omaha; Livingston, Mont.; Spokane; and Portland before depositing us at Camp Adair in Corvallis, Ore. The total trip was five days and nights on the train. It seemed to us that the troop train was a low priority on the railroad. We would pull on a siding to let a train of tanks, trucks, or tank cars pass by. There was lot of war material heading west at that time.

Even in late May, the weather was hot on the western plains. The old cars were cooled by ice when we could get some at service stops.

During the journey, we were given little chance to exercise. With 1,200 men stuck on a train for days, we stunk and were out of sorts. We were told we could get off the train in Billings, Mont., but the station management had had enough of troop trains that day and forced us to remain on board. So before we left, word was passed through the train to flush the toilets in each car before we left town. This was our gift to Billings.

Later in the evening, we pulled into Livingston, where we sat for at least an hour. It was dark, and we saw people along side the train with baskets of cookies, doughnuts, sandwiches, and jugs of coffee. Compared to the cool reception in Billings, this was a welcome surprise. Livingston was not a large town, but they sure treated us well.

We continued on that night and arrived at Spokane in early afternoon. The train then took the Spokane, Portland & Seattle down the north side of the Columbia River gorge. I remember looking at the beautiful scenery as we went down the gorge. At Vancouver, Wash., we then turned south and finally arrived in Corvallis as darkness fell. We then left the train and marched to our barracks to begin a new chapter in our journey.

We held in Camp Adair for about three weeks, and then boarded another train for Arlington, Calif., a miserable place in the desert.

We left Arlington for San Pedro (Calif.) Port of Embarkation about the same time the first atom bomb was dropped on Japan. I remember seeing the headlines on the newspapers.

En route to San Pedro, we had another experience riding the Pacific Electric. The day was very hot. We had been standing in the sun for an hour wearing full combat gear with infantry packs, gas masks, steel helmets, and everything else the Army could hang on us. We boarded the cars and found they were like ovens. The windows would not open. As we were ever-resourceful tankers, we found that, by using a steel helmet, we could break out a window. At least we got some relief going to San Pedro, where we boarded ship that evening.