Home / Railroad Stories: The Way It Was / Railfan Stories / Inspired by steam 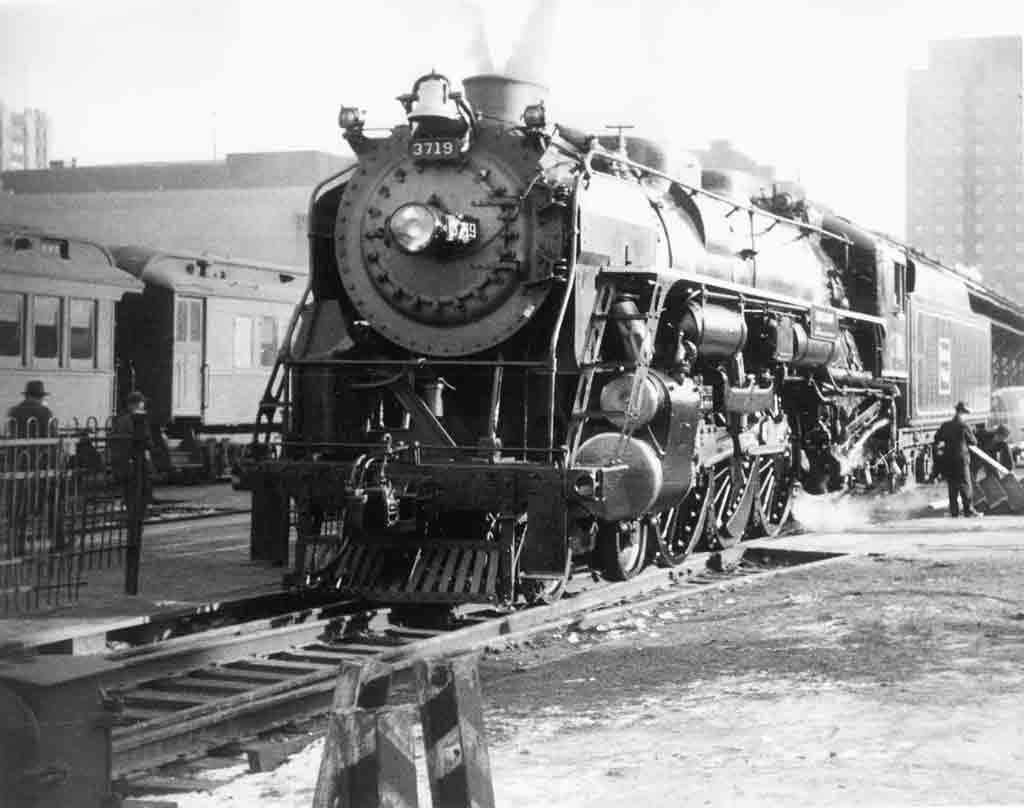 Boston & Maine 4-6-2 3719 was one of the machines that captivated author Graulty.
Charles A. Brown
I was always fascinated by machines. When I was a boy during the Depression, the most impressive machinery I got to see was steam locomotives. I grew up in Troy, N.Y., on the Hudson River 150 miles north of New York City, close to Albany and Schenectady. In our area we had the New York Central, Delaware & Hudson, Boston & Maine, and Rutland railroads. These roads, like most eastern carriers, dealt with hills, valleys, bridges, and tunnels. They had high-speed passenger and freight trains as well as long drags needing pusher engines. Consequently, we had a wonderful collection of all kinds of steam locomotives.

Up into my teens, I spent a lot of time around these railroads, particularly their roundhouses. In those days, by politely asking permission and be-having safely, I was allowed by the railroaders to go in close, provided I stood where I was told. Once, I watched running maintenance work being performed on my favorite Pacific, No. 3719, in B&M’s Troy roundhouse before she was coupled onto the Minute Man for Boston.

As I bummed around my favorite spots, some men would give me their copies of the Brotherhood of Locomotive Engineers & Firemen’s monthly journal. It was always full of pictures, which I devoured.

One of my early railroad contacts was a D&H fireman named Marvin Davis. He was firing on an E-3 Consolidation with a Camelback cab (the D&H guys called them Mother Hubbards) that had stopped in West Waterford, N.Y., on the main line to Montreal. Marvin showed me how to use the scoop and firebox door treadle, the injectors, and all sorts of things. He had graduated from the high school I was then attending, and over the years I would see him on the D&H’s big Challengers out of Mechanicville, and at the resort town of Lake George, N.Y., in the summers. Marvin would answer every question I asked and was a gentleman you would never forget. I last saw Marvin around 1943, but lost touch after that. As I pursued a career in mechanical engineering, he stayed with the D&H, eventually becoming chief road foreman of engines.

One Labor Day weekend at Lake George, the summer vacationers were clearing out to get back home—by train—to New York City. The D&H had three Mother Hubbards assigned to the run, with Marvin as lead fireman. He told me, rather in confidence, that they were going to have their hands full getting their long string of Pullman cars through the mountains out of Lake George on their way to the main line at Fort Edward. He showed me from engine to engine their plans for having a full head of steam, a good clean fire, and no popping of the safety valves.

What a spectacle it was to see and hear those tripleheaded Mother Hubbards coming up the mountains from Lake George, pulling heavy Pullmans bound, eventually, for Grand Central Terminal. Marvin and the other two firemen “never got on the seat” as they heaved coal into the engines’ wide fireboxes. The exhaust sounds echoing off the mountains could be heard forever.

I experienced that over 60 years ago and can hear it as though it was yesterday.