Home / Railroad Stories: The Way It Was / Railfan Stories / Getting to know Miss Katy

An assignment in Texas broadened a Wisconsin soldier’s horizons 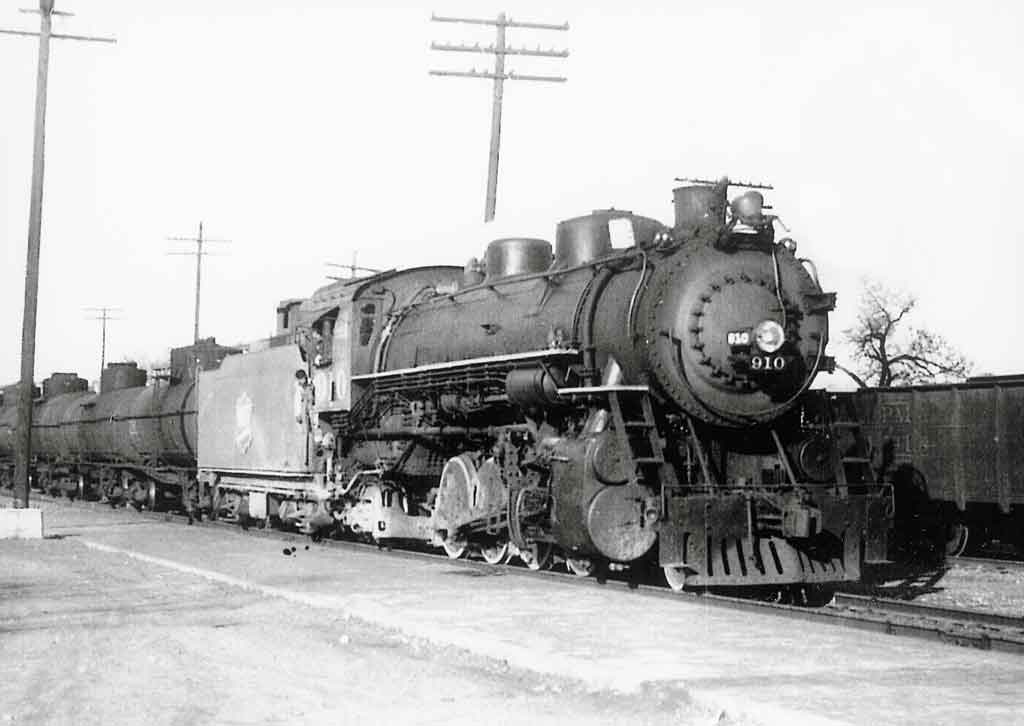 In February 1944, Katy 2-8-2 910 rolls into Denton, Texas, with empty tank cars, probably destined for a refill in the Oklahoma oil fields.
Frank Rogers
During the fall and winter of 1943-44, I was in the Army’s Specialized Training Program at North Texas State Teachers College in Denton, Texas, about 35 miles north of Fort Worth and Dallas. (Today the institution is the University of North Texas.) This assignment allowed me to become acquainted with the Missouri-Kansas-Texas Railroad, commonly called the Katy, which was “wild stuff” for an 18-year-old from a Wisconsin railroad family who had never been farther from the Badger State than Minneapolis and Chicago.

We were free on most weekends, from noon Saturday to midnight Sunday, and occasionally I took the afternoon Katy local from Denton to Fort Worth. I did this for several reasons—to get away from Army life, to perhaps take in a movie or do some shopping, and of course, to watch trains.

My usual routine was to get back to the Texas & Pacific’s big Fort Worth station in time to do some late-evening train-watching before the northbound MKT local took me back to Denton. A real treat was to encounter a freight on the T&P under the control of one of the road’s mighty 2-10-4’s, the type named “Texas” for that very railroad. These giants were oil-fired, and often, as the train moved through the T&P terminal, the burner would roar into action and the firebox would light up in a fury.

For most of my time in Denton, I lived in Chilton Hall, a brand-new dorm atop a hill at what was then the edge of town. From the window of my room, I could watch trains on the other side of town as they came through.

When furlough time came at the end of first term, a Katy passenger rep came to the school and took a head-count to determine whether extra equipment would be needed on the Fort Worth section of the Texas Special, which most of us would be riding to St. Louis. The count was high enough for more cars, and because of this, we would be able to stay on the coaches that we boarded in Denton when they were transferred at Denison, Texas, just south of the Oklahoma border, to the train’s main section, which came from Dallas.

This sounded like a good deal to us, until we actually boarded the train. It was then that we found out the cars the Katy had selected for our group were a bit older than those on the rest of the train. Most World War II veterans have similar stories, I’m sure, to tell about how “accommodating” the railroads were for “our fighting men.” But I suppose they did the best they could.

Even on the Saturdays when I didn’t ride the southbound local, I would often be at the depot to watch the train come and go. Occasionally I would be fortunate enough to watch a freight come through and take a picture of it with my Kodak Senior 620. The Katy boasted some really handsome motive power, usually well maintained, and the time I spent watching Katy trains in Denton made my stay far more pleasurable that it might have been.