Home / Railroad Stories: The Way It Was / Railfan Stories / Close encounter with the B&OCT 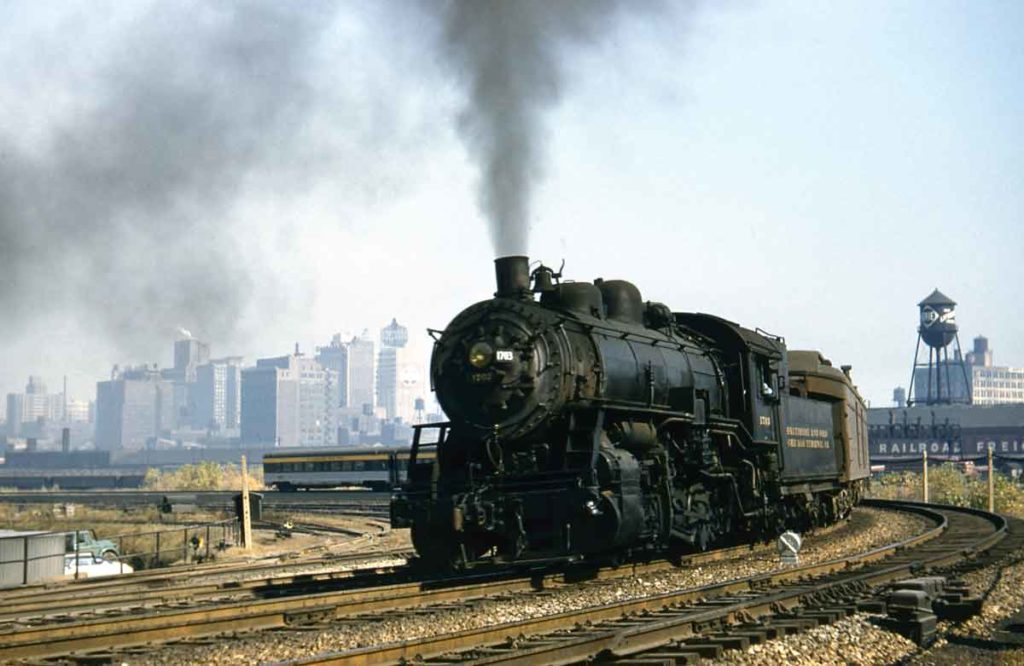 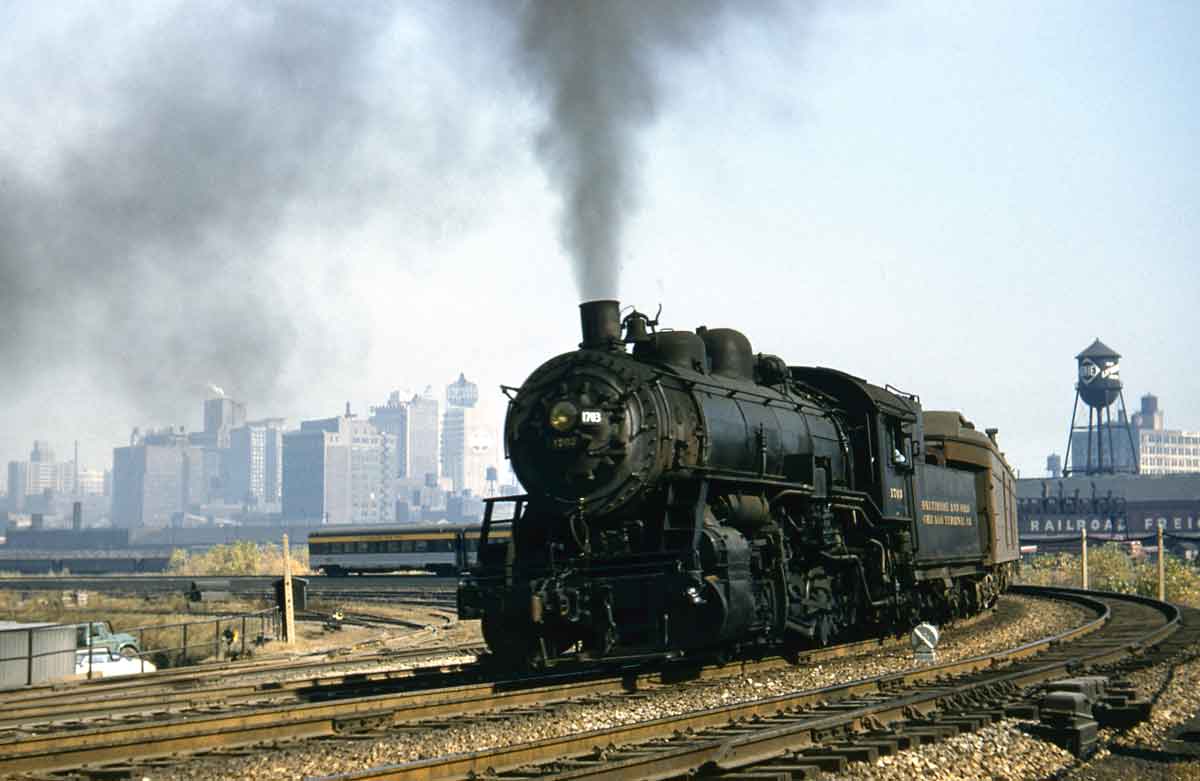 B&OCT 0-8-0 1703 hauls a string of cars from Grand Central Station, Chicago, to B&O’s Robey Street coachyard.
Robert A. Caflisch
In 1957 I was a 14-year-old, dismayed by the disappearance the previous year of the remaining Pacifics from commuter service on the Chicago & North Western through my hometown, Des Plaines, Ill. I knew that the Baltimore & Ohio’s Chicago Terminal subsidiary (B&OCT) still operated steam locomotives, so I wrote a letter to the railroad’s Chicago offices, asking for permission to visit a roundhouse or other facility to see and photograph steam engines. While this missive would seem to have had no chance whatsoever of eliciting a reply, it in fact yielded a surprising result, an invitation to report to the roundhouse and coach yard at Robey Street on a Saturday morning for a guided tour.

I regret that I have lost the name of the gentleman who met my dad, my younger brother, my friend, and me. He very generously gave us a whole morning of his time, going way beyond the call of duty to make sure we had a memorable experience.

The first order of the day was to get involved in some real railroading. A locomotive-sharing arrangement between the B&OCT and the Soo Line necessitated light-engine movements to and from an exchange point. Not only were we guests in the cabs of the respective Soo and B&OCT switchers (both were diesels, but we didn’t mind), we were also permitted, under the very watchful eyes of our hosts, to take turns at the throttle. “Keep your eyes on the track and signals ahead son,” admonished our engineer. “You drive this thing like my son drives a car.”

I guess it was hard not to be distracted by our frequent encounters with B&OCT 0-8-0s doing their work, moving strings of passenger cars between Grand Central Station and the coach yard. Crews on passing locomotives waved and smiled at us as we rolled along an industrial corridor flanked by sturdy, if begrimed, brick buildings, many crowned with water tanks. We were having a great time.

Toward noon we were back at the roundhouse. Though I took a polite interest in the blue-and-gray E units inside, my mind was really on the humble steam switchers on the service tracks outside. Finally I was encouraged to climb into the cab of one of the 0-8-0s. On the engineer’s seat slumped a great bear of a man half dozing through his lunch hour in the pungent heat radiating from the backhead. Our host urged him to “tell this young man about the locomotive,” but no amount of persuasion could coax him out of his reverie.

The last stop on our tour was the coach yard, where we walked through several of the streamlined trainsets. In one of the dining cars we were given a box of paper chef’s hats (still in my possession) printed with images of both steam and diesel locomotives. Industrious crews of African-American ladies were vacuuming and tidying up the coaches. After exchanging friendly greetings with our host, one of the ladies asked if any of us boys were related to him. He replied, “No, these are Mr. Schaefer’s kids. He’s with the accounting department.”

Apparently, in the course of the morning my dad had been transformed into a B&O employee. By the end of the day we felt like we had become part of the B&O family.