Home / Railroad Stories: The Way It Was / Railfan Stories / Canned steam at “The Cash” 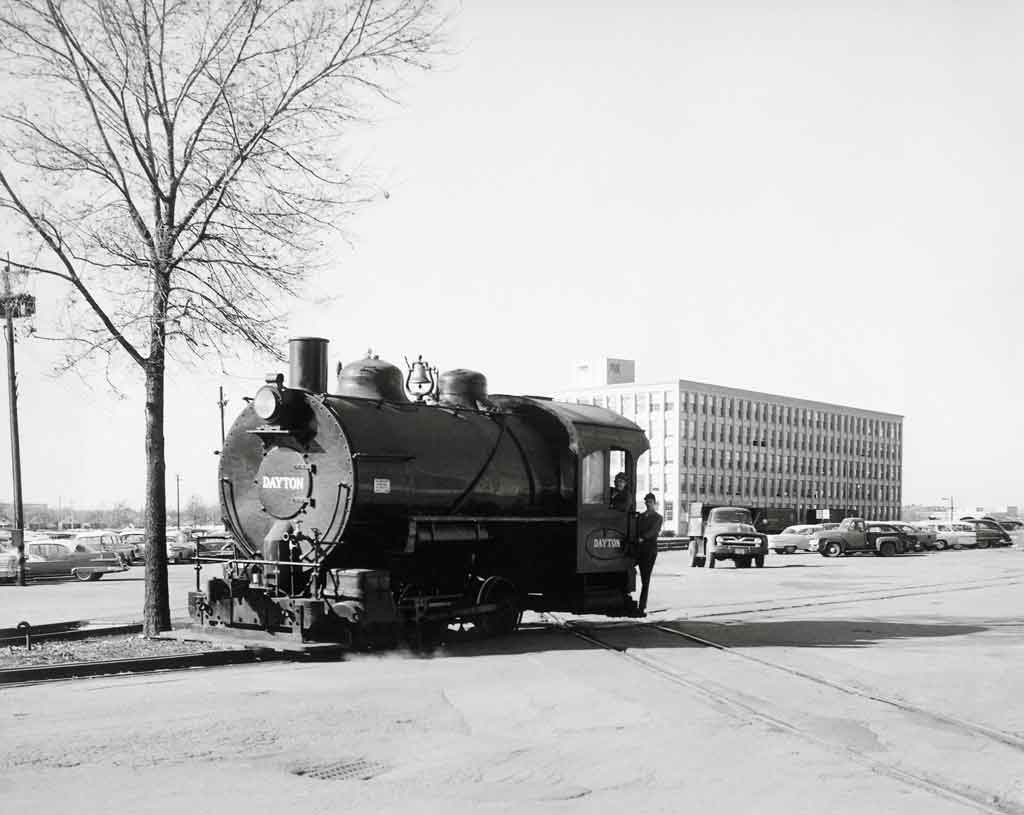 Now the NCR plant, or “The Cash” as it was known, handled large volumes of raw materials and needed rail service after closure of the Miami Erie Canal. This was obtained from the adjacent Pennsylvania Railroad, whose line ran from Cincinnati through Lebanon to Dayton. Locomotives were needed to move cars inside the plant, but Mr. Patterson didn’t like the smoke from steam engines, so he contacted the Lima Locomotive Works and had Lima build three little fireless 0-4-0s. He named them Dayton, Rubicon, and South Park.

The switchers were filled from NCR’s steam plant. The locomotives, first half filled with hot water and then charged with 120 PSI steam, could operate at 60 psi through a reducing valve for three to four hours. Stack exhaust was nothing but clean water vapor. Compressed air, to apply sand to the track, came from storage reservoirs located under the walkways; this, too was supplied from the power house. This avoided wasting steam to drive an air pump. How did they stop, you ask? Well, in the cab was a big ship’s wheel that wound up a chain on a drum and activated the driving-wheel brakes solely by the engineer’s physical effort.
I would watch these little fellows shuffle a few freight cars from one siding to another during breaks between afternoon classes in the spring and fall of 1954-58.

NCR’s track was standard-gauge, the same as used throughout Dayton by all railroads, streetcars, and interurbans. After the great 1913 flood, Mr. Patterson loaned his fireless locomotives to the city to aid in the cleanup and removal of flood debris. They simply ran on the streetcar tracks, pushing or pulling a few open gondola cars. At this time, the city power plant was out of service and 600 volts was not available at the trolley wire.

The Cash’s canned-steam 0-4-0s were part of the Dayton scene until diesel power replaced them in the early 1960s.