Home / Railroad Stories: The Way It Was / Railfan Stories / An uncelebrated steam finale 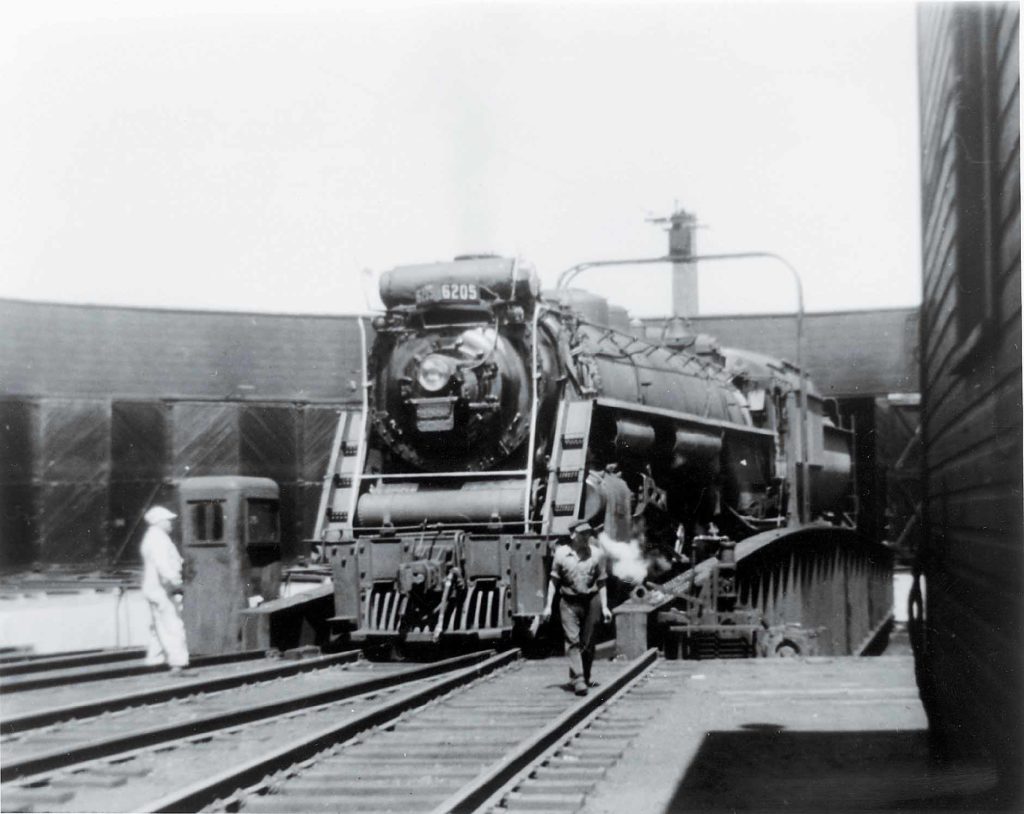 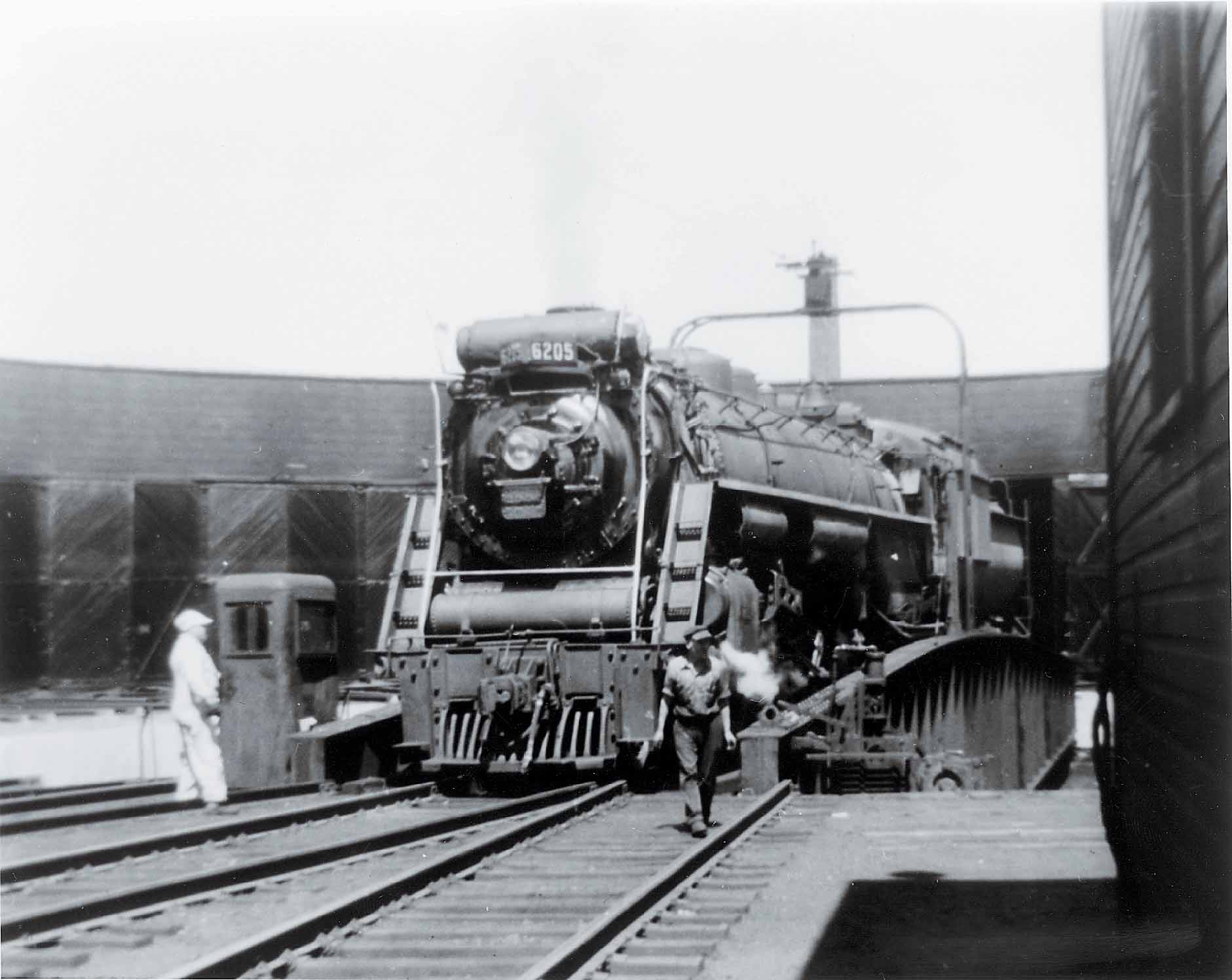 By spring 1959, steam locomotives were just about gone from regular service on most U.S. railroads. I was 17 at the time and happy that I had been able to catch the last few tidbits of steam on the Nickel Plate Road, Baltimore & Ohio, and New York Central. I was determined to do whatever I could to watch and photograph as much of the disappearing steam as I could. Each month I eagerly watched for the new issue of Trains Magazine, hoping that it would tell of an upsurge in business that would require the resurrection of steam on some line within easy traveling distance of home.

Happily for me, steam was still active on the Canadian National in southern Ontario, and my home in North Tonawanda, N.Y., near Buffalo, was only about 15 miles from the Canadian border. On April 1, 1959, I took the short RDC ride on the New York Central to the Suspension Bridge station, and walked across the bridge to Canada. During the day, I saw and photographed seven active CN steam locomotives of several different wheel arrangements at CN’s Niagara Falls engine terminal.

Encouraged by my success, and eager to record as much of the steam action as I could, I repeated the trip the following weekend. But CN had played the ultimate April Fool’s joke on me. When I arrived the next weekend, the yard was full of F units. There was not even a dead steam engine at the terminal.

Many of the retired engines had gone to London, Ont., for scrapping. I had relatives in London, and past summers had been spent happily visiting both them and the CN and Canadian Pacific engine terminals there. Later in the summer of ’59, one more trip to London was in order to capture a few more pictures and log a few more engine numbers and types, even if they were dead.

I arrived at my relatives’ late in the afternoon of Saturday, July 1. After the obligatory gossip about family doings, I went to bed planning to head for the CN scrap line right after church on Sunday morning. Then, while lying in bed with the window open to the warm summer night, as I planned my next day’s schedule, I heard first a steam whistle, then the unmistakable chugging of an engine heading west up the grade out of town.

I knew that the railfan grapevine had confirmed steam was officially dead all over the CN in the area. So, what had I heard? Jumbles of thoughts filled my head as I lay there wide-awake: Was there a fan trip I didn’t know about the next day? Maybe an engine was being deadheaded. Where was it going? West from London, it could be going to either Sarnia or Windsor. Since it had left town, had I totally missed it? Maybe it wouldn’t come back, and I had just missed a last chance to see a CN engine in regular service. I was producing adrenaline by the bucketful.

Sunday morning came soon enough, but I still had to deal with the frustration of mandatory church attendance. My prayers must have been deemed sincere enough, however, for as I anxiously sat in the pew, I again detected the sound of a whistle over the chords of the organ. The CN main was just visible out of one of the slightly opened stained-glass windows, and I spotted the silhouette of a 4-8-4 drifting downgrade into town with a freight.

Once done with church, I changed my clothes and hoofed it over the couple of miles to the engine terminal. All was quiet there that Sunday morning, but simmering on a track near the roundhouse stood 4-8-4 6205, just in from its run from the west. Its white flags were still in place, indicating that it had arrived on an extra run. I snapped a picture and waited to see what would happen next. Soon a hostler showed up and began moving engines around. I hoped the 6205 was going to be made ready for another run and that I could get an action shot of it leaving town. However, 6205 was moved onto the turntable, where I snapped another picture, and then it was placed over the ash pit.

Soon, the hostler was joined by another employee, and they began spraying water into the ash pan and up into the grates, dousing the fire. If I’d had my current battery of motor-driven 35mm cameras, I would have used up several rolls of film recording the spraying and tinkering that went on in the process of shutting down the locomotive. I was aware that I was probably witnessing a significant event, but film was expensive for my Ansco box camera, and its (and my) abilities were limited, so I took only the two photos. I hung around until the engine was put into the roundhouse with the steam left in the boiler after the fire had been killed.

I spent the rest of the week visiting the lines of dead steam engines on both CN and CP. I hoped I might get lucky again and see an extra run of one of the engines stored in the roundhouse, but it didn’t happen.

Steam lasted until the early ’60’s on the Grand Trunk Western [page 36, Summer 2000 Classic Trains] and other parts of the CN, but as near as I can tell, I was fortunate to witness to the last regular run by a mainline steam locomotive in southern Ontario.