Home / Railroad Stories: The Way It Was / Railfan Stories / A doubleheader to dance about 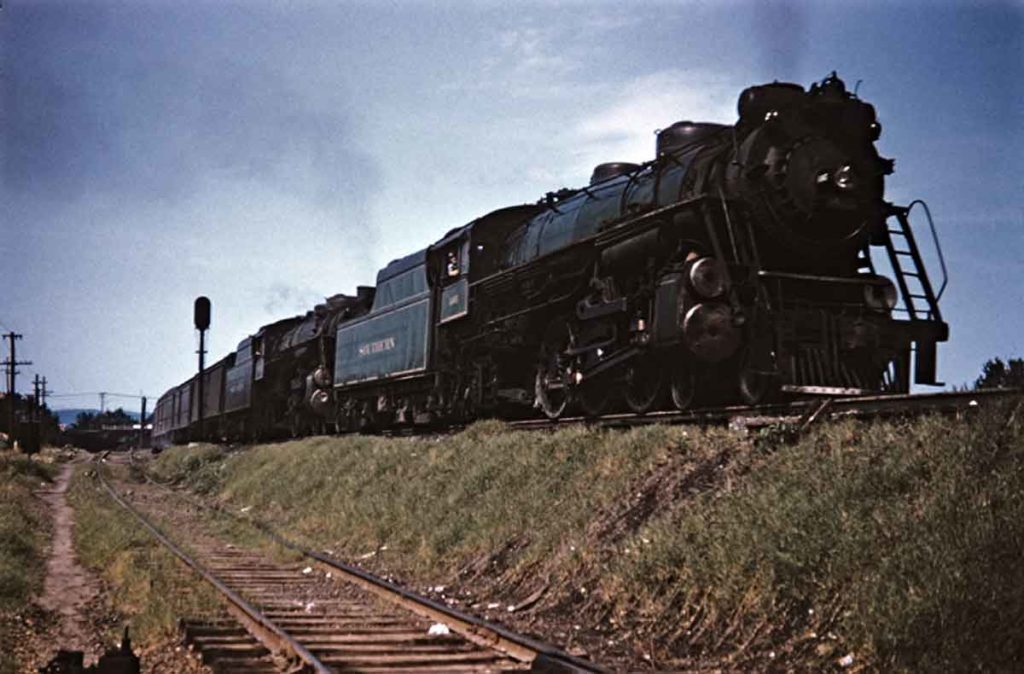 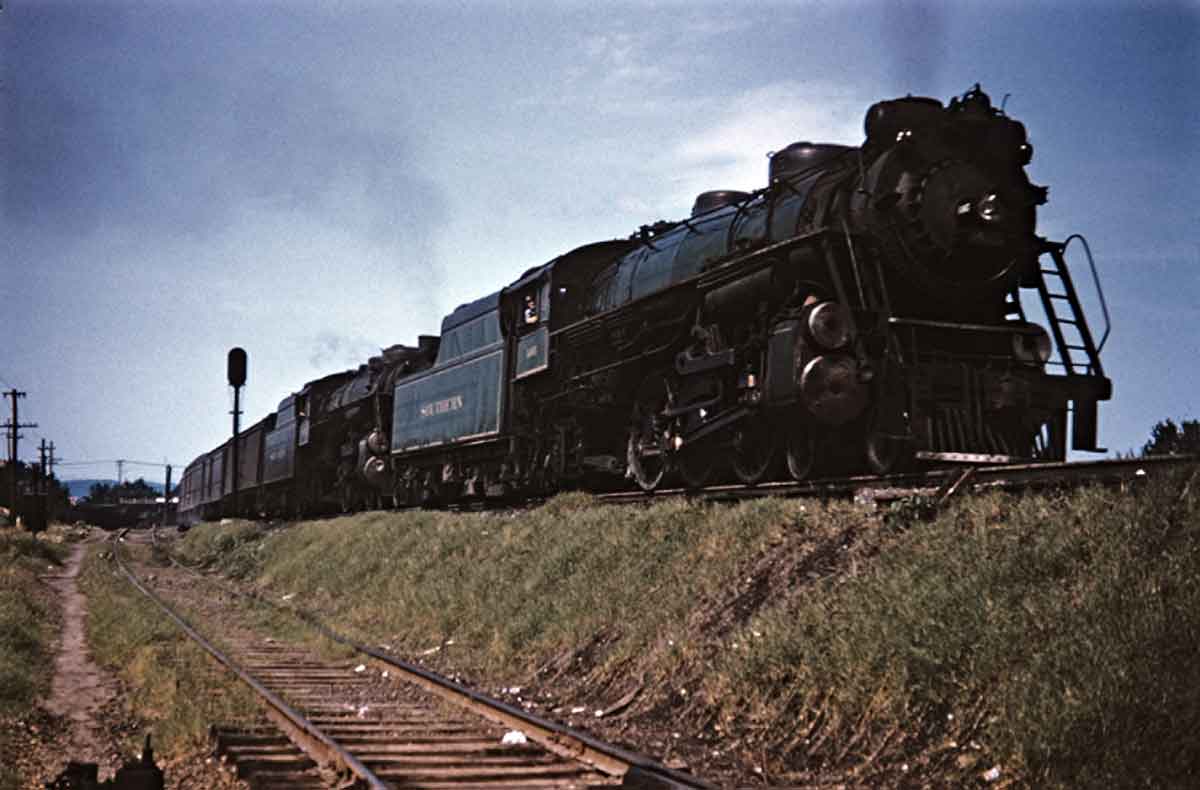 “Glory!” Doubleheaded Southern Railway Ps-4’s depart Charlottesville, Va., with an Atlanta-bound train in 1951.
I. W. King
My father, I. W. King, grew up in Greenville, S.C., where his father, I. E. King, was a telegraph operator for the Southern Railway. Like most railroad families, they often used the employee pass to visit relatives. Many of Dad’s people lived down toward the Georgia state line. The trains the family rode were pulled by steam locomotives, and in that part of the South on the lines of the Southern Railway, a proper passenger engine was trimmed out in green and gold.


One crisp morning, Dad was at the depot in Westminster, S.C., where an uncle was the station agent. Dad was not alone at the platform. In those days, passing steam trains were the best entertainment a small southern town had to offer, so several folks were on hand to monitor the comings and goings on Southern’s Washington–Atlanta main line. It was the culture of the times.


He wasn’t there long when off to the south a whistle announced a train was coming. The melodious tones of the steamboat whistle told that the train was powered by one of the road’s beautiful class Ps-4 Pacifics. The whistle gained volume at each successive crossing. Soon, around the gentle curve, not one but two magnificent Ps-4’s came parading into view — a doubleheader.

Strung out behind the locomotives was a long string of dark green cars. The morning sunlight was dancing on those two highly polished engines, and Dad said it was simply a sight to behold.

On toward the station came this vision. Leaning way out from the cabs, the two engineers could be seen looking hard at the platform ahead. Westminster was but a flag stop for this train, and the hoggers were wanting to know, as soon as possible, “Are we to stop, or run on through?”

In short order the assessment was made: There was no work in Westminster that morning. Immediately both heads ducked back inside. Two rapid whistle blasts from the lead engine, and out came two throttles like they’d been linked together. Above the train, the sky became filled with rolling gray smoke.

Now the roar of the exhausts took command of the scene. The platform started to shake. Audible senses battled, then dominated, visual ones. Dad said it was simply as good as it gets.

About that time, down the platform toward the approaching train, Dad noticed a little black man sitting atop a baggage cart, taking in the spectacle as well. Poor fella, it just became too much for him. Off the cart he jumped. Up on his toes he danced as his hat flew in the air. He was yelling something like “Glory!” but Dad said he couldn’t really tell. Those Ps-4’s were beside him now, drowning out everything as they blasted north.

Dad said he knew exactly how the man felt.

Then years later, when all those lovely engines had long since fulfilled their last assignment, Dad did his best to make them come alive again for one more evening. By now he had three small boys of his own. It was summer in the late 1950s, and we were visiting grandparents in Greenville.

At dinner he announced that later on there would be some special visitors to the house. About 7 that evening, up to 212 West Earle Street rolled an automobile and out stepped two stately looking gentlemen near my grandfather’s age. We boys were soon introduced to Mr. Fant and Mr. Ambrose, both retired Southern steam engineers.

They were directed to white cane rocking chairs on the covered side porch and, in short order, Dad was gently prodding them for stories. Needless to say, that night three young lads were totally enthralled at the feet of those two steam giants — engineers who had run opposite each other on the best trains on the Southern Railway, Nos. 37 and 38, the Crescent Limited.

That evening surpassed any cab ride ever taken. The men told stories of making up time, derailments, being held up at gunpoint, special runs, stormy weather, bad track, and on and on. Why, the way they told the stories, it felt like you were right in the cabs of those green-and-gold engines with them.

It was heady stuff, but I do recall becoming a bit mystified as to why I was somehow born much too late to experience this heyday of steam railroading. Would all my understanding of mainline steam be secondhand?

Thankfully this hasn’t been the case, as I have enjoyed lots of restored steam and am thankful for the dedicated efforts of the people who made possible these later memories. Nonetheless, it would have been simply fantastic to be on the platform with Dad as those doubleheaded Ps-4’s came storming through Westminster.