Home / Railroad Stories: The Way It Was / Policing the Olympian Hi

Boys will be boys, as a Military Policeman found on a Milwaukee Road train 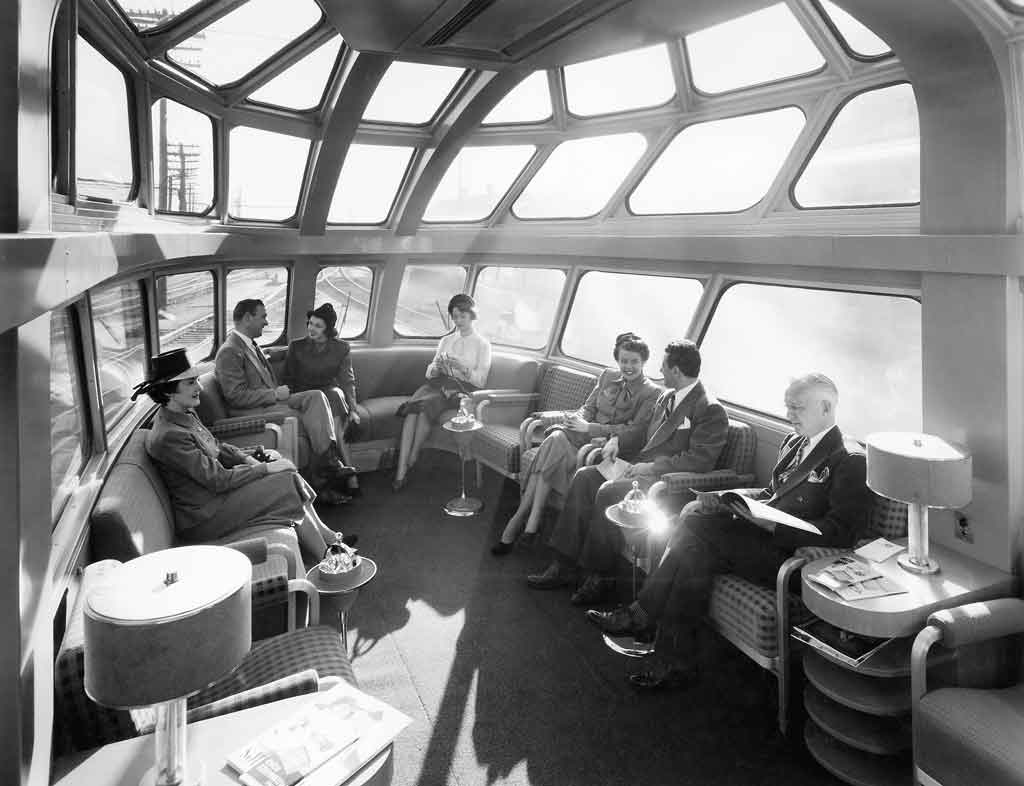 Models posed in the lounge of a Milwaukee Road Skytop sleeper-observation car appear to be better behaved than some of the soldiers who rode the Olympian Hiawatha after the Korean War.
Milwaukee Road
When the Korean conflict was halted by a truce in 1953, there was a rush to get most of our troops home. In those days before widespread use of airplanes, the returning soldiers came back to the U.S. by ship, mostly landing in the Seattle area. From there, the railroads took them homeward.

To get troops from Seattle to Chicago, the Army mostly used Milwaukee Road’s Olympian Hiawatha and Great Northern’s Western Star, as it was probably easier to obtain space on them than it was on GN’s premier Empire Builder or Northern Pacific’s North Coast Limited.

In fall 1953, I was a Military Policeman, assigned to a small detachment in Minneapolis, and I was told that I was going to be assigned as an MP aboard one of the trains. My duty was to check for proper passes of all service personnel aboard and to keep order among them.

I drew the Olympian Hi, and the program went like this. In the morning, I would catch the Chicago-bound train in Minneapolis, relieving the MP on board, if there was one. Once in Chicago, I had about a two-hour layover at Union Station, then I would board the westbound Olympian Hi. As we left the Chicago area, I would follow the conductor around, checking any military personnel on board. After I checked the full length of the train, including the Pullmans, I would approach the senior military officer on the train and appoint him as “Train Commander.” I think that this was done as a courtesy so the officer wouldn’t feel the MP was really in charge.

I spent a lot of the time in a bedroom in the Skytop lounge observation car, provided by the railroad for the exclusive use of the MP.

Finally, at Miles City, Mont., I would be relived by an MP from Fort Lawton in Seattle, who would take the train west from there. After about 8 hours, which I spent at the Miles City firehouse, I would board the eastbound Olympian Hi for Minneapolis, where I would be relived by an MP from my detachment. Since I liked trains, those 48 hours weren’t too bad, and at Minneapolis, I had 48 hours free until my next duty on board. I was put in this duty for only about four weeks around Thanksgiving and six weeks for Christmas and New Year’s.

On my first trip out of Chicago, I was following the conductor on his rounds, and following me was a nice-looking, middle-aged woman, telling me how much she admired soldiers in uniform. As we went along, she asked me how long I would be on the train. After I answered, she asked, “Where do you sleep?” I told her I had a room. She then said she was a coach passenger and had never seen a room on a train and would like to see mine. I respectfully declined and went about my duties.

A short time later, I was invited to have coffee with the dining-car steward, but little did I know he was known as “the Romeo of the railroad.” When I told him about the woman who’d been following me, he said, “I have a room like yours in the dormitory car,” and he offered to show it to her. I found her and told her of the steward’s offer, and off they went. Later, the steward contacted me and told me dinner was on him that night!

As it turned out, all my meals on that trip were gratis. Further, on my next trip, as I went through the dining car on my initial check, the steward, a different one from the previous trip, told me that all my meals would be on the house, because he knew I “was a good guy.” Evidently dining-car stewards had a solid line of communication among them!

One memorable moment of my times on the Olympian Hi occurred in the Skytop lounge at the rear of the train. Sitting there, enjoying the ride, was the famous movie actor Pat O’Brien. He said hello to me, so I stopped and chatted for a while. It happened that I was a fan of his, and I told him so; he turned out to be a very nice person.

On one trip I had just turned in for the night when there was a loud knock on my bedroom door and a voice yelling for the MP. It was the flagman, who was a very religious person. He excitedly told me there was a soldier up in the dome car with an older woman and “they are doing things they shouldn’t do in public.” I put my uniform and boots back on and went to investigate. What I found was an Army sergeant and a female sans a few articles of clothing, alone in the Super Dome. The sergeant had a lower berth in a sleeper, and the woman was a coach passenger. I ordered them to return to their respective cars (although I had no authority over the civilian woman), and they left the dome. I went back to my room.

Then came another knock on my door, the flagman again. “Now they’re in the bar downstairs,” meaning the one under the dome. Again I ordered them to return to their cars and told the sergeant that if he did not do so, I would arrest him because I wanted my sleep. He said he would comply, and the flagman told me he would occasionally check the berth to make sure the sergeant was still in it. I was not awakened again that night.

The next morning, as I was walking through the sergeant’s car, I noticed a different soldier getting out of the sergeant’s berth. I stopped and asked him what was going on, and he replied that he and the sergeant had served together in Korea and that “in the middle of the night, the s.o.b. woke me up and made me change bunks with him.” It turned out this soldier originally had a berth in another car.

Later I saw the sergeant and congratulated him on outwitting me. I just got a great big smile in return.

Only once did I have to arrest a military person, a young Army second lieutenant who was intoxicated and trying to pick up women on the train. I handcuffed him so I could control him. The conductor, at the next stop, had the station agent call the local police, who took the man into custody on my orders. We then had the agent telegraph my headquarters in Minneapolis relating what I had done. Headquarters would then send a team to the town to pick up the prisoner and start him into the Army justice system. I would be called for the officer’s court martial, but I later learned he had resigned his commission and no further action was taken.

On one trip eastbound, the porter in the Skytop told me a drunken woman had propositioned him, but he liked his job too much to have anything to do with her, so he escorted her to her bedroom and left her there. Our next stop was Aberdeen, S.Dak., a service stop for the Hi, so we were there for about 15 minutes, giving me a chance to walk around a bit. Suddenly I heard a commotion on the platform. A group of the workers servicing the train had gathered beside one of the sleeping cars, where a woman—the same one, it turned out—was prancing around, completely nude. The religious flagman was there, yelling for everyone to close their eyes or they would go “straight to hell.” The train had to go on, so our little show was over. (One of the good things about the Olympian Hiawatha during this period is that it was almost always on time, without a padded schedule.)

My tour aboard the Milwaukee’s transcontinental streamliner ended in January 1954, so I sadly left the rails and resumed my duties as a Military Police Investigator.