Home / Railroad Stories: The Way It Was / BL2s and Pullmans to the Stock Yards

A Rock Island stock train gets “lost” in Chicago 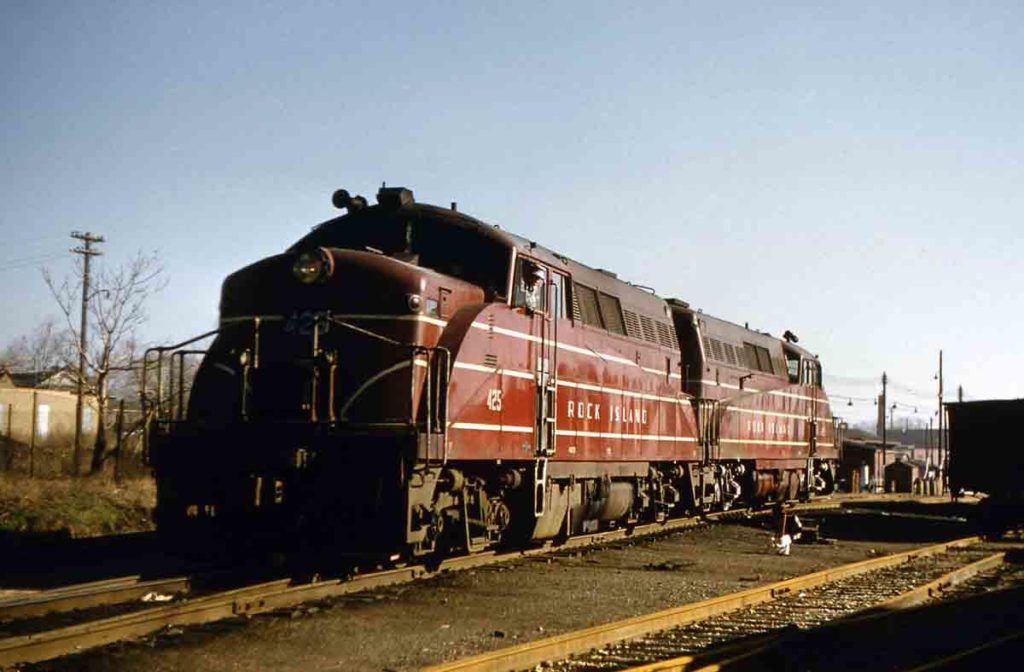 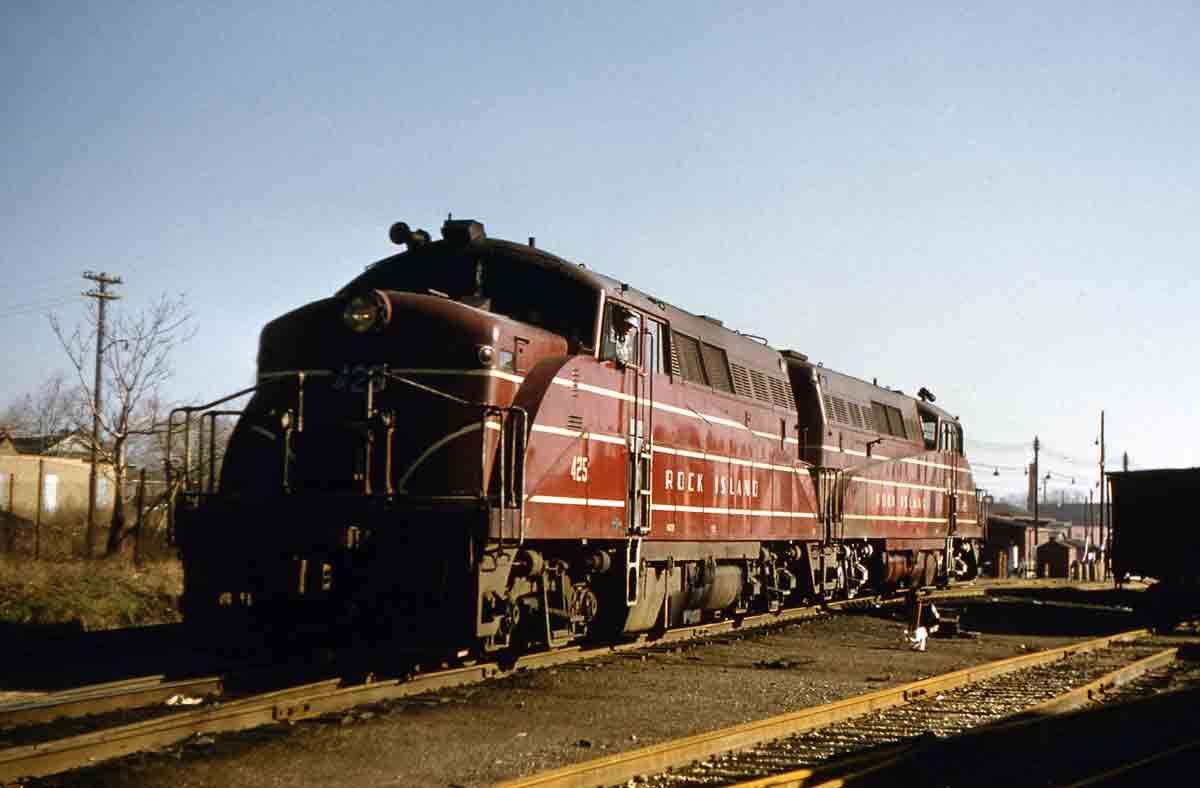 A pair of Rock Island BL2s, with an F7B between them, led the “Fat Stock Special” one night in 1956.
Monty Powell
In November 1956 I was a management trainee on the Rock Island Railroad in Rock Island, Ill. A special movement known as “the Fat Stock Special,” which originated in western Iowa, was coming at us, destined for the Union Stock Yards in Chicago. The train consisted of about 25 stock cars, two old Pullmans for the stockmen, and a baggage-coach combine as a rider for the carmen. No setouts for hotboxes were tolerated, so carmen with journal jacks, brasses, and repacks accompanied the train.


The stock special arrived in Rock Island after midnight, powered by a “symmetrical” consist of two BL2s spliced by an F7B. The three passenger cars were right behind the diesels. Riding trains was part of my training assignment, and Lou Lonnegren, a respected Rock Island Division road foreman, had invited me to ride along.


The BL2 cab was cramped. The head brakeman rode the trailing unit while Lou and I stood in the front cab. That unit was having problems making forward transition automatically, so its relay had to be manually closed. The relay was inconveniently located in the lower part of the electrical cabinet, which required Lou and me to remove the cab floorboard in order to access and close the relay when required. Although the night was foggy, we were in cab-signal territory so we had continuous signal indications.

Once into Blue Island, the suburb where RI’s main Chicago-area yard was located, we changed crews. Lou got off too and left me “in charge” (which was a stretch of the term as applied to a green kid like me). An extra yard crew handled the movement to the stock yards. We proceeded east to Englewood, where we crossed the Pennsylvania Railroad main line. After a 2-mile run on joint RI-New York Central trackage to Root Street Tower, we diverged onto the Chicago Junction Railway and headed west to the stock yards.

A Chicago Junction switchtender lined us into the unloading-chute tracks. The head brakeman was a new man and unfamiliar with the stockyard trackage. Since we had the three passenger cars up front, we could not simply cut away from our train at the end of the chute tracks. We continued along until I remarked that I thought we were on another railroad. The engineer agreed and stopped. At the risk of being “time­slipped” for performing the duties of a union employee, I agreed to get on the ground and pass signals. I got the head brakeman in view and we shoved back and spotted the stock cars at the chutes.

We then set the Pullmans onto a spur, and it was here where the head brakeman’s lack of experience showed. While disconnecting the steam-heat lines, he carelessly had his foot under the connections such that when they were separated he got a foot bath of very hot water. The poor guy could not get his shoe off fast enough!

I then lined us back to our caboose, where the head brakeman began nursing his scalded foot. We picked up our caboose and returned to Englewood, where I got off and caught a streetcar downtown to La Salle Street Station. The next train I could ride back to Rock Island was No. 3, the Golden State. My pass wasn’t good on that train, but by talking to the head-end crew, I was able to ride the trailing E unit back to Rock Island.

3 thoughts on “BL2s and Pullmans to the Stock Yards”