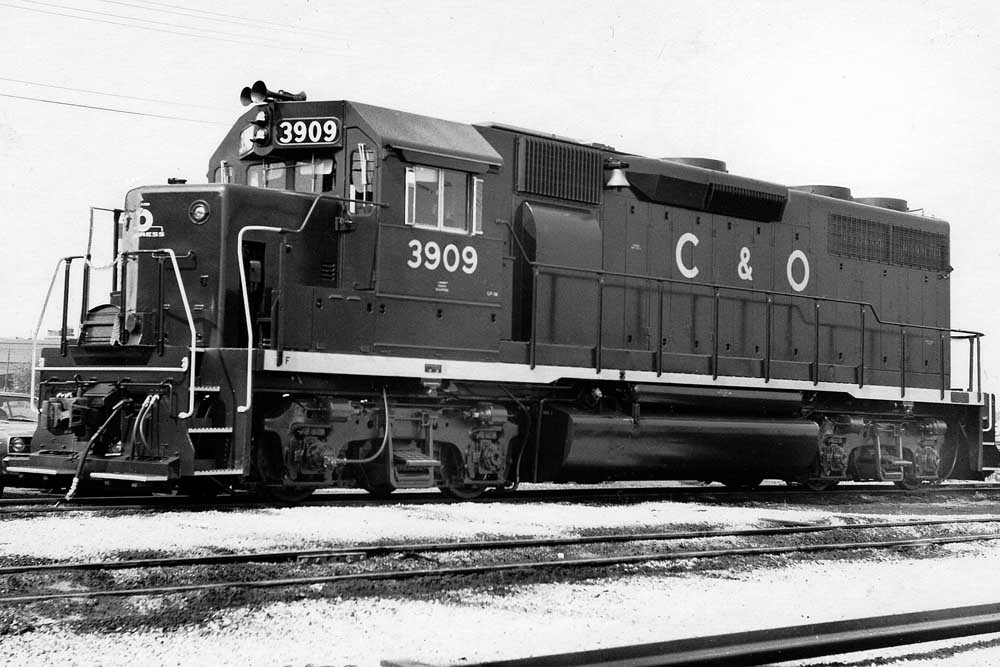 Chesapeake & Ohio No. 3909 is a GP39. It looks like a GP38 but it /has a single turbo stack in front of the dynamic brake fan. The GP39 was an “in-between” locomotive, using a smaller (12-cylinder) turbocharged 645 engine rated at 2,300 hp, putting it between the GP38 and GP40. It never became popular, as most railroads opted for 16-cylinder locomotives. The GP39 has just two rear radiator fans like a GP38, but has the single exhaust stack of a turbocharged engine. J. David Ingles photo 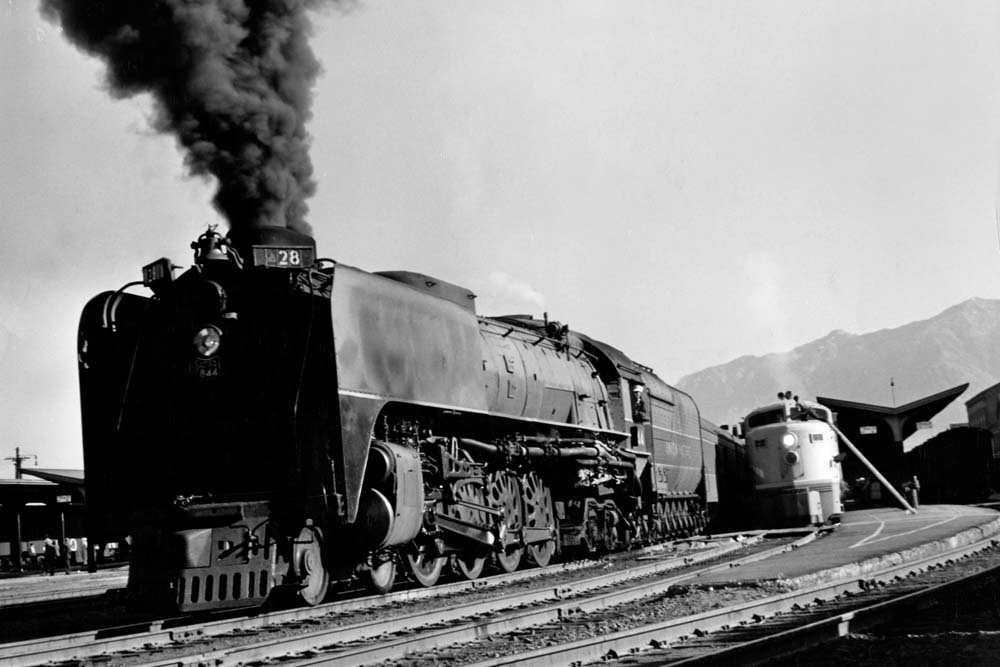