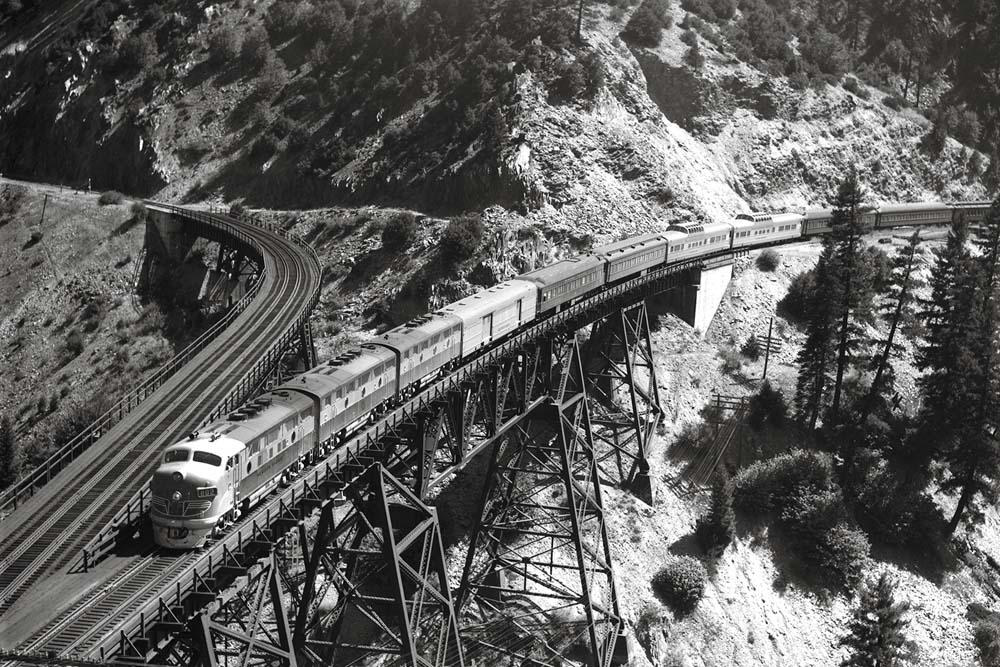 In the months before the California Zephyr’s March 20, 1949, launch, the new train’s cars began filtering into the heavyweight consist of its predecessor on the CB&Q-DRGW-WP route, the Exposition Flyer, seen here on the Western Pacific at Keddie, Calif., with a baggage car and two domes built for the streamliner. Donald Duke photo