The no. 6 engine features a dual-mode sound decoder and moving eyes 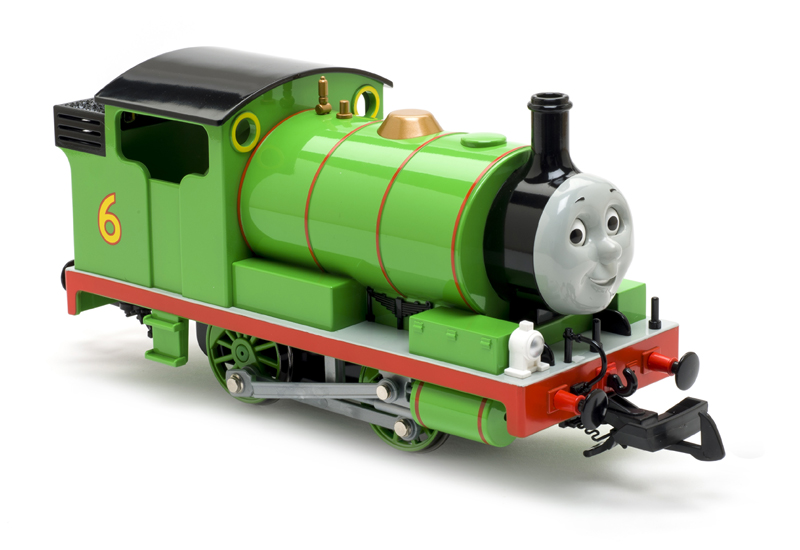 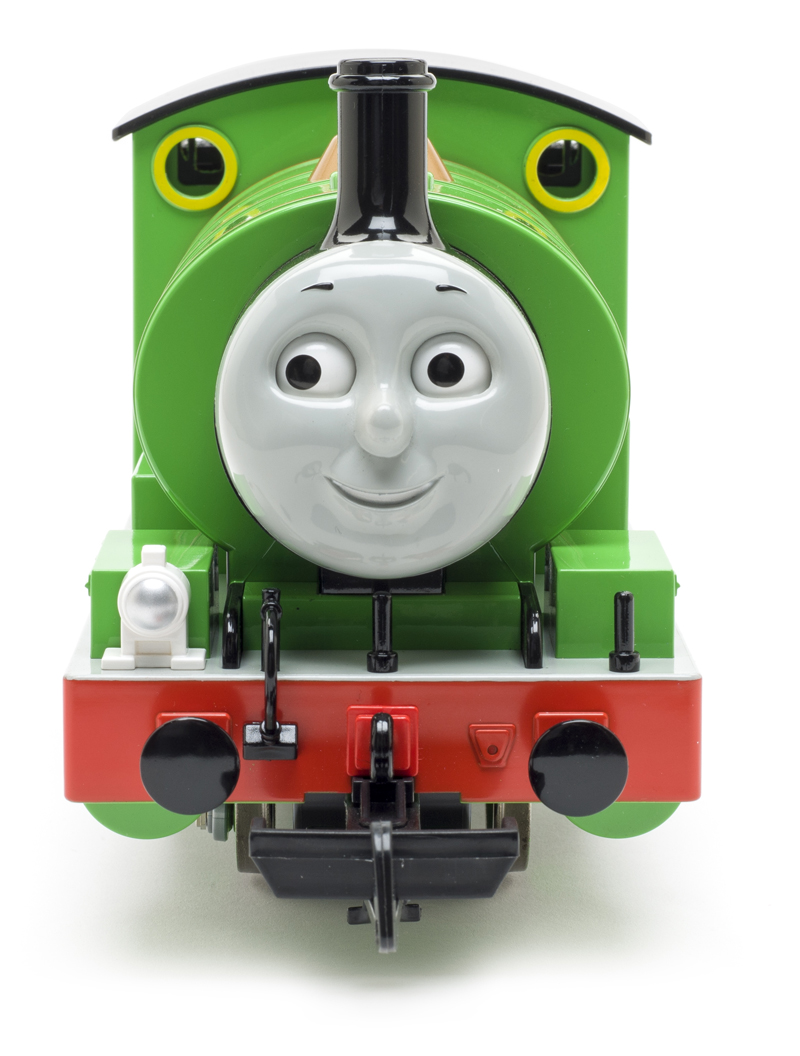 Bill Zuback
Bachmann’s release of the Percy the Small Engine 0-4-0T locomotive makes it possible to bring part of the fictional Island of Sodor to your garden railroad. The 1:29 scale engine is a deluxe edition model and features a dual-mode SoundTraxx sound decoder and moving eyes.

A LITTLE HISTORY. Percy the Small Engine traces his roots to 1949, when he was introduced in the childrens book Troublesome Engines, part of the The Railway Series of books by the Rev. W. Awdry that popularized the adventures of Thomas the Tank Engine and his railroad contemporaries on the Isle of Sodor.
Per the Thomas & Friends website (thomasandfriends.com), Percy’s design was inspired by full-size locomotives built by the Avonside Engine Co.

STURDY CONSTRUCTION. Bachmann’s 1:29 scale model of Percy features a multi-piece injection-molded plastic body. The cab is held to the sill with four Phillips-head screws. Lift off the cab carefully, as wires and the female end of a 2-pin connector are attached to a speaker concealed in the coal bunker.
To reach the speaker, I removed two washer-head screws under the cab that hold the coal load in place. Slats in the coal bunker allow the sounds from the upward-facing speaker to come through clearly. The coal load is painted the same gloss black as the model.

The boiler and smokebox assembly is also secured to the chassis with four screws. With the screws removed, I slid the boiler forward to reveal the motor, heat sink, and mechanism that controls Percy’s moving eyes underneath.

The international-style hook-and-loop couplers are body-mounted to the sill. Above the coupler on each end are separate, factory-applied buffers; a European-style coupling hook; and a simulated trainline air hose.

The cab steps on the sides of the sill are molded; the cylinders are attached with screws. The side rod, main rod, and valve gear are plastic molded in silver-gray and secured with metal mounting hardware. Following “prototype” practice, the wheel faces are painted the same green as the body color. The 0-4-0T doesn’t have pickup shoes or traction tires.

Percy likes to stay clean, according to the stories, and the model’s gloss finish reflects that. The red boiler bands and sill, yellow porthole window frames on the cab, and gold steam dome all match published drawings of the no. 6 engine.

A single-sided sheet shows how to install provided extension pieces to bring the couplers to “garden railroad” height, as well to replace the stock couplers with knuckle couplers.

TESTING THE ENGINE. The model features a dual-mode SoundTraxx sound decoder, so I tested the model in both direct-current (DC) and Digital Command Control (DCC) environments. For the DC test, I used an LGB Jumbo. Bachmann doesn’t recommend using rheostat-style or pulse power packs to control the engine. The sounds came on and the engine started moving at 9V. Once the locomotive was at a constant speed, two short whistle blasts automatically played every 20 seconds. At 24V the model achieved a top speed. As I slowed the engine to a stop, the hissing sound of the blowdown valve played.

A potentiometer controlling the volume is located below the engineer’s side of the cab. Turning it increases or decreases the sound level, and when you hear a click, it’s off.

There’s a polarity switch below the fireman’s side of the cab that can be set to “Large Scale” or “NMRA STD.” The model will operate regardless of the setting in DC. The switch simply changes the direction of travel when DC power is applied. If you want Percy’s face to be forward, leave the switch set to NMRA STD. If you want the cab end to be forward, slide it to Large Scale. Regardless, the model must come to a complete stop before changing directions. The polarity switch has no impact on DCC operation.

The chuff rate is synchronized to the engine’s speed and the eyes move from side to side in both environments. In DCC the bell, whistle, and steam valve blowdown are operator controlled. Function key 1 (F1) controls the bell; F2 and F3 are the long and short whistles, respectively; F4 is the blowdown valve; and F8 mutes the sound effects. Function keys 5, 6, and 7 aren’t assigned.

The decoder supports advanced consist addressing, extended address mode (any number up to 9,999), and operation mode programming (CVs changes can be done on the main line). The decoder also features character sound suites for locomotives Thomas, Percy, Edward, James, Henry, Gordon, Toby, Spencer, and Emily. All character sound effects except Toby have a whistle; Toby is the only character with a bell sound. The deluxe model doesn’t include a working headlight or backup light. However, the decoder will support lighting effects using F0.

An 8-page Quick Start Guide included with the engine explains the features and specifications of the decoder and how to use it in DC and DCC. Instructions for the DCC sound module can be found at the Bachmann and SoundTraxx (soundtraxx.com) websites.

I also used Percy to push and pull a 40-foot boxcar through PIKO America R5 (no. 35223) and R3-R5 curved (no. 35224) turnouts. The model performed well and should be able to pull five to six cars on straight and level track.

FUN FOR ALL AGES. Getting youth into model railroading is something that’s often discussed at conventions and train shows. One way to do that is by running trains that kids see in books, movies, and on television. Bachmann’s Percy the Small Engine has a familiar face that kids will recognize, and the whistle and moving eyes will bring them in for a closer look.

One thought on “Bachmann Percy the Small Engine”