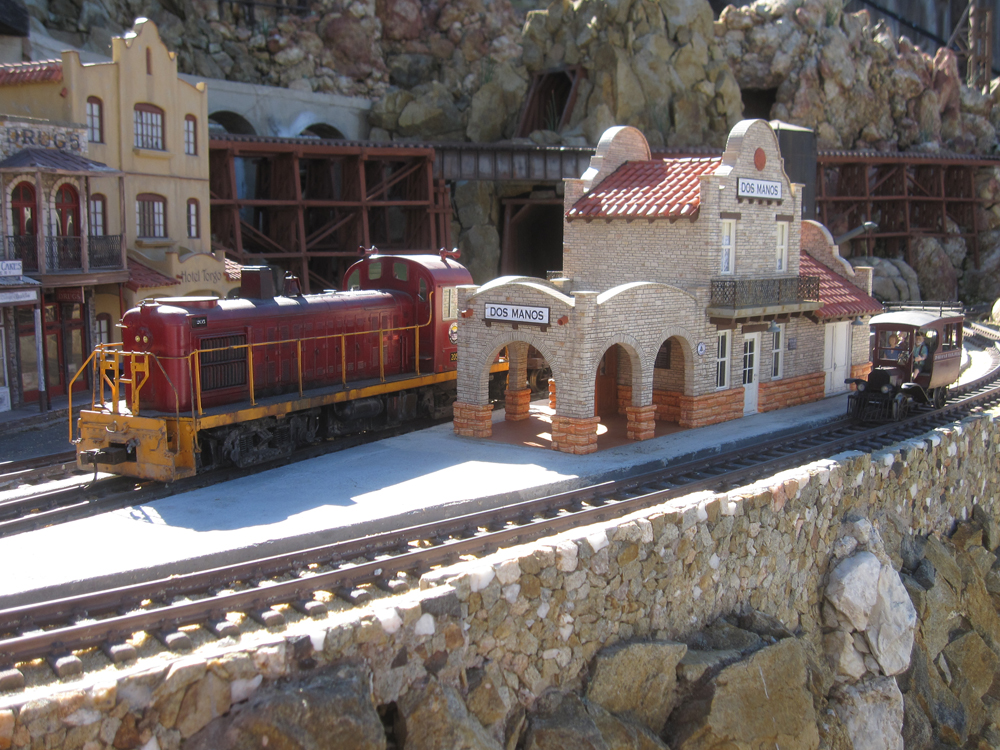 In a paragraph, how did you get started in the hobby?

Meet Ray Dunakin: As a child, I had always been interested in trains and model railroads. When I was in junior high my dad gave me and my brothers a 4′ x 8′ plywood layout he had acquired from a friend. It came with a box of Model Railroader magazines. From those I learned about making scenery and scratchbuilding structures. John Allen’s famous layout made a huge impression on me. Unfortunately, I never had the money to do much more with the layout, and later, I didn’t have room for even a small layout.

In December 2005 I bought a large-scale Buddy “L” starter set that was kind of cheesy, but it had realistic sound. Although I had no room indoors for a layout, I soon figured out how to fit a large-scale layout into our backyard.

What was your first large-scale locomotive?

It was a Buddy “L” 2-6-2. It had a copper-plated, die-cast boiler so it was a bit toy-like. However, I fell in love with the realistic sounds. Eventually, I modified and repainted it to look more realistic. It didn’t last long, and it was replaced with a Bachmann 4-6-0.

Scenery! I love to make realistic scenery. Figuring out ways to model realistic desert scenery in an outdoor setting, exposed to the elements, was a challenge. I had to make some compromises, and the result is sometimes more impressionistic than realistic, but I’m happy with it. I also love scratchbuilding structures, which I consider to be part of the scenery-making process.

Read some of Ray Dunakin’s structure articles from Garden Railways:

Getting a layout up and running, with most of the scenery in place. The closest I ever came before was in the late ’80s when I started an HOn30″ layout in our garage. I only got as far as building the benchwork and laying some track, then I had to tear it all out to add a room over the garage.

That’s a tough one. Not that I haven’t made my share of mistakes, but most were just part of the learning experience and figuring out what works. I think the worst mistake was using Aristo-Craft “wide radius” switches, which were notoriously troublesome. I thought I could make them work, but I never could get them to work reliably in both directions without derailing. Now I’m in the process of replacing them. I could have saved myself a lot of trouble by just spending the extra money for better switches in the first place.

If you’re like me, you’re going to have times when you feel burned out, or overcome by a tedious task. Set it aside and work on something else for a while. A model railroad is made up of smaller projects, so if you get sick of doing one task, switch to another. You can finish the other project later.

If you’ve enjoyed this article on Ray Dunakin, you can read more Meet the Modeler articles here.

One thought on “Meet the modeler: Ray Dunakin”