Have some fun this fall with a spooky photo gallery 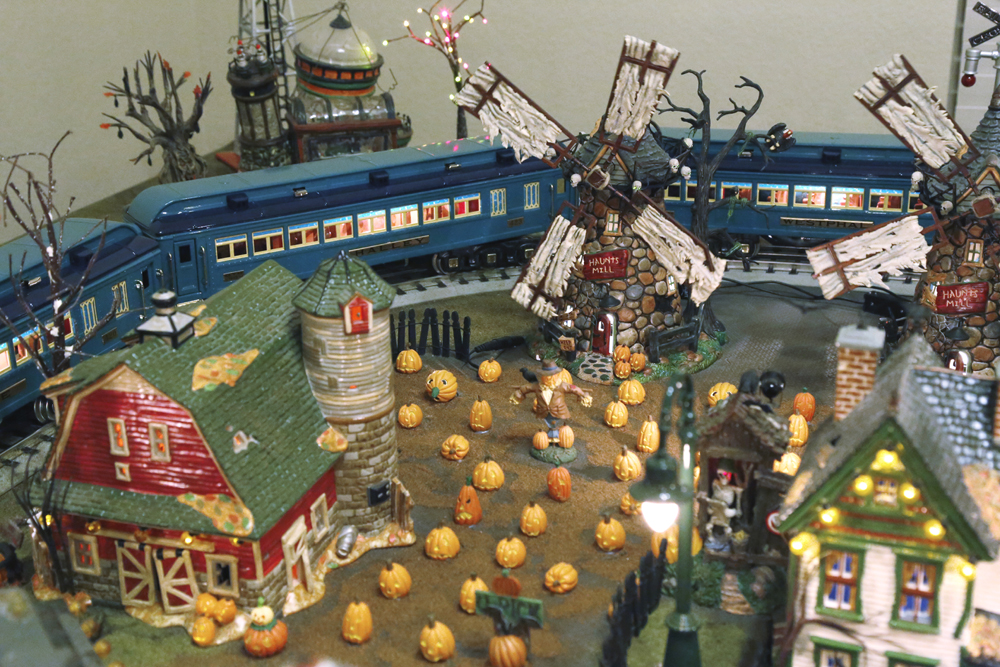 While Christmas is king with many toy-train collectors and operators, Halloween isn’t that far behind. Manufacturers like Lemax and Department 56 sell fall and Halloween-themed buildings, accessories, and figures that work will on layouts.

If you’d like to build a Halloween layout, Classic Toy Trains’ Editor Hal Miller built one in 2021.

Other scales enjoy Halloween too! See a fun layout on the back of a 1956 GMC pick-up truck.

We’d love to see YOUR fall or Halloween photos. Send them to editor@classictoytrains.com for possible publication.

Steven has enjoyed filling his layout with objects associated with another of his passions – Halloween. Folks on the train point out graveyards, skeletons, candle-lit jack o’lanterns, and a few of the abandoned windmills they see. Photo by Steven Hollingsworth

Dusk has fallen, and the floodlights plus the globes on various stations and other structures have been switched on. Their warm glow should scare off any ghosts and goblins inhabiting the Halloween area of Steven’s Standard gauge layout. Photo by Steven Hollingsworth

Ghouls and ghosts are supposed to spend their time terrifying folks, especially around Halloween. Not on Joe Gozzo’s Standard gauge layout. The undead souls roaming the area around Gilroy, Calif., would rather admire vintage trains than scare passersby. You don’t have to be alive to appreciate the prewar Lionel No. 8E boxcab pulling No. 400-series passenger cars painted orange to match the electric! Photo by Joe Gozzo

As autumn progresses into October, some of you may be planning what costume to wear or which kind of candy to hand out to trick-or-treating youngsters. For Jim and Phyllis Jacoby, the month of October means it’s time to update their O gauge tribute to Halloween. They share ideas about how to set up their many Department 56 structures amid a network of three-rail track. Then Jim gets down to work, making sure the Ready Made Trains Beep and Lionel rolling stock can handle all the tasks. Before you know it, orange and black dominate their annual display in St. Louis, Mo., and scary goblins and skeletons as well as ghouls and ghosts have taken over the main lines.

No matter how many times we visit the compact O gauge railroad Scott Smith has built and enjoys operating in Roanoke Va., he guarantees something new and unusual. When his layout was featured in the July 2009 issue of Classic Toy Trains, Scott had yet to embrace the spirit of the season when it came to celebrating Halloween on three rails. Guess things have changed! Take a look at the massive pumpkin covering the main line where Scott has placed a reissue of a classic Lionel steam engine and tender from the pre-World War I era. The short freight train is moving gingerly past the cemetery; its engineer has no wish to disturb any of the occupants!

Orlando, Fla., where Richard Bruning makes his home, certainly doesn’t look like the scenery on his O gauge model railroad (spotlighted in the January 2010 CTT). But children in Florida, like their peers elsewhere, can relate to one part of this photo snapped by Kalmbach’s William Zuback. They love Halloween, and this holiday means buying a pumpkin and carving it to look scary. Richard added a farmer selling jack-o’-lanterns to this skillfully landscaped area. Now, let’s sit back and enjoy watching the Lionel No. 208 Santa Fe Alco A unit come barreling out of the dark tunnel. 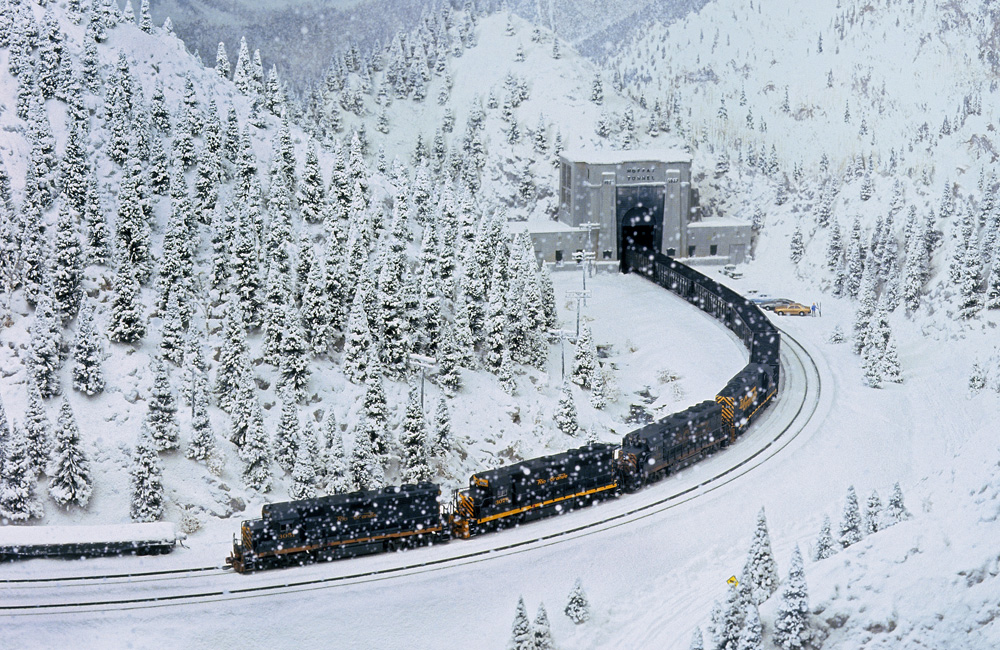 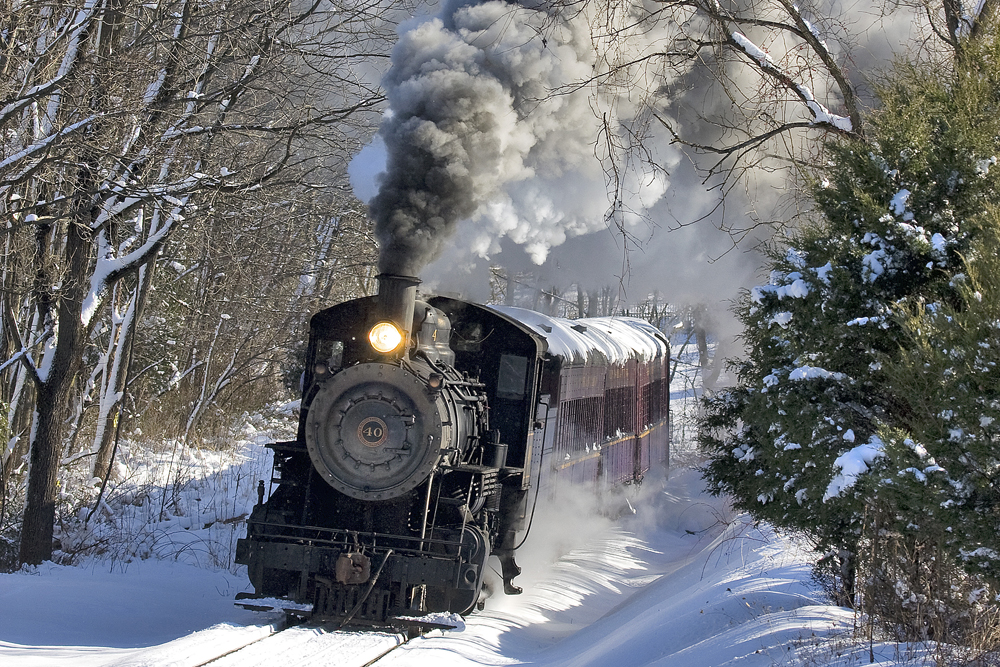 Bring on the snow-themed photo gallery 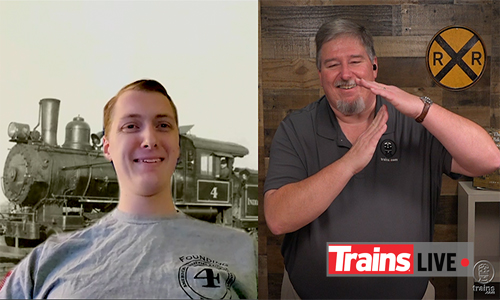 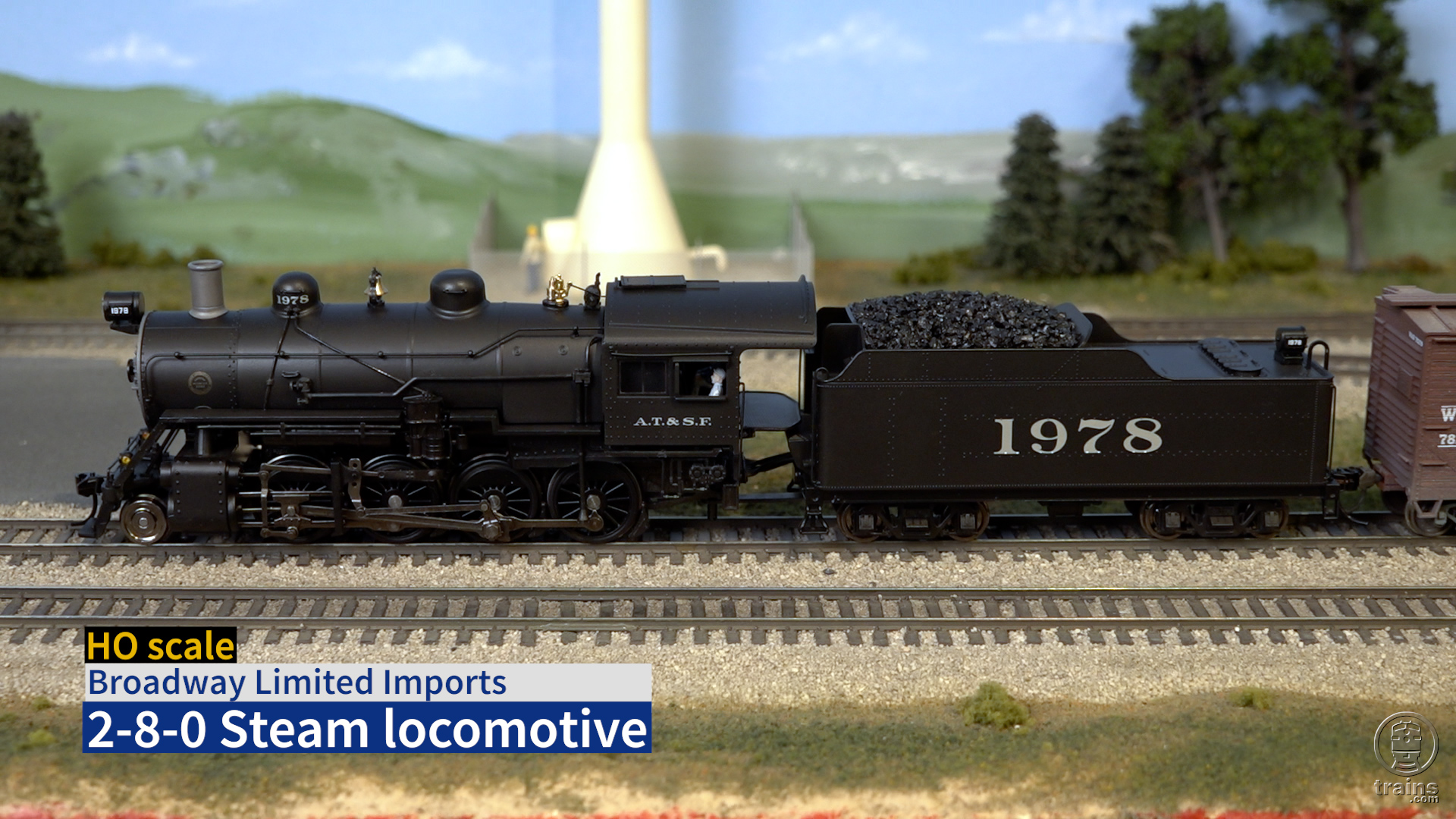