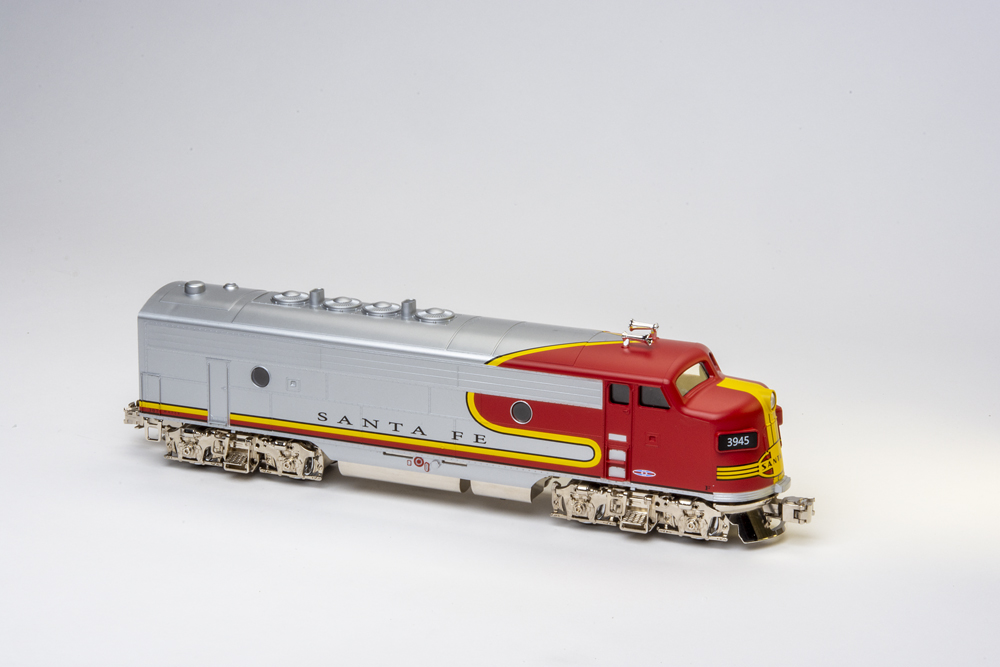 Here’s a bold idea: Ask some 200 people to take a chance on a new product, test it on their three-rail layouts, and then report what the maker got right – and more importantly, wrong. It’s something I’ve never heard being done in model railroading.

But that’s what Midwest-based home-improvement chain Menards has done, releasing an O gauge Santa Fe F3 diesel. The market was certainly interested: The entire run, offered only on the company’s website, sold out in three hours.

I’ll rate this as the biggest toy train news story of the year, beating out both the redistribution of the MTH Electric Trains product line and MTH continuing to make trains. The buzz on this product has been huge despite its limited release. A disclaimer: This is not a review. We are treating this model as a test shot with the assumption Menards is soliciting feedback to improve it for future production.

This is a very good representation of an Electro Motive Division (EMD) cab unit. Menards markets it as an F3, a satisfactory designation for most of the hobby. After all, it is a toy train, offered at a wallet-friendly retail price of $146.06.

Rivet counters will, however, notice the fuel and water tanks under the midsection and the steam generator exhaust on the roof. These details possibly out the model as a passenger-hauling EMD FP7 or -9. Whatever it’s designated, it works for me!

The O gauge model features sound and lights, and it is controlled with a battery-powered handheld remote. An operator must also have a standard variable AC transformer hooked to the track.

Apply power with the transformer, and the model wakes up with a hearty diesel rumble. Turn on the controller, and it syncs with the locomotive and responds to your commands. Simple and functional!

While incompatible with Lionel or MTH controls, the Menards F3 probably can be run independently with other command-equipped power on any line using 18 volts for track power.

The locomotive has the familiar EMD bulldog nose capped with a bright headlight. The sides of the cab have really nice cast-in detailing for handrails, rivets, steps, and a sand filler cap. I was particularly pleased to see three neatly painted silver kick plates below the cast-in door and a pair of chrome horns adorning the roof.

Painting and decoration are great, and the Santa Fe livery is well executed. The lines between the silver to black to yellow to red are as sharp as it gets.

There’s a gap in the warbonnet paint where the louvers are, which some users have pointed out as non-prototypical. Yet photos of Santa Fe locomotives do exist showing stripes painted over the louvers and others with a gap. At any rate, it won’t stop me from buying this model.

There are cast-in grab irons over the rear trucks and at the spot for the hostler controls. There are stirrups for crewmen to access both spots, on the frame and on the rear truck. Both are sturdy metal.

Down below, the trucks are good renderings of the Blomberg units that were standard on EMD’s F-series. They are die-cast metal with separate crew access stirrups attached. Both sets have thumbtack-style operating couplers. These functioned well and held nice and secure! The front- and rear-most sets of wheels are equipped with traction tires. Oh and please be aware the locomotive frame is metal.

The remote takes three AAA batteries and fits comfortably in adult- or child-sized hands. The front has the Santa Fe oval, the locomotive number, and a stylized “MRR” for Menards Railroad. The battery door has a photo of Jack the German shepherd.

A possible glitch: some operators have reported needing to tweak the metal strips to get good contact with the batteries. This fix is easily done with a pair of needle-nose pliers or a flat-blade screwdriver before the batteries are inserted in place.

A rotary knob controls forward and reverse movement as well as speed. There are buttons for activating the locomotive’s bell and horn, along with the crew talk. The diesel engine sound is constantly on. Its level as well as the rest of the sounds can be controlled by a volume wheel on the side, all the way down to nothing.

Operators must apply track power before anything happens, as is the case with other manufacturers’ control systems. Since there are no instructions with the model, I first cranked it up to 18 volts and got the locomotive rolling. After testing several power settings, I found the F3 needs at least 8 volts to run smoothly.

While the locomotive runs well, starting and stopping are abrupt. This may be attributable to the absence of flywheels on the can motors mounted on each truck.

Here’s a tip to protect the engine from the kids or grandchildren: Set your transformer speed below 18 volts. It sets a “max” speed the youngsters can’t exceed with the handheld unit. 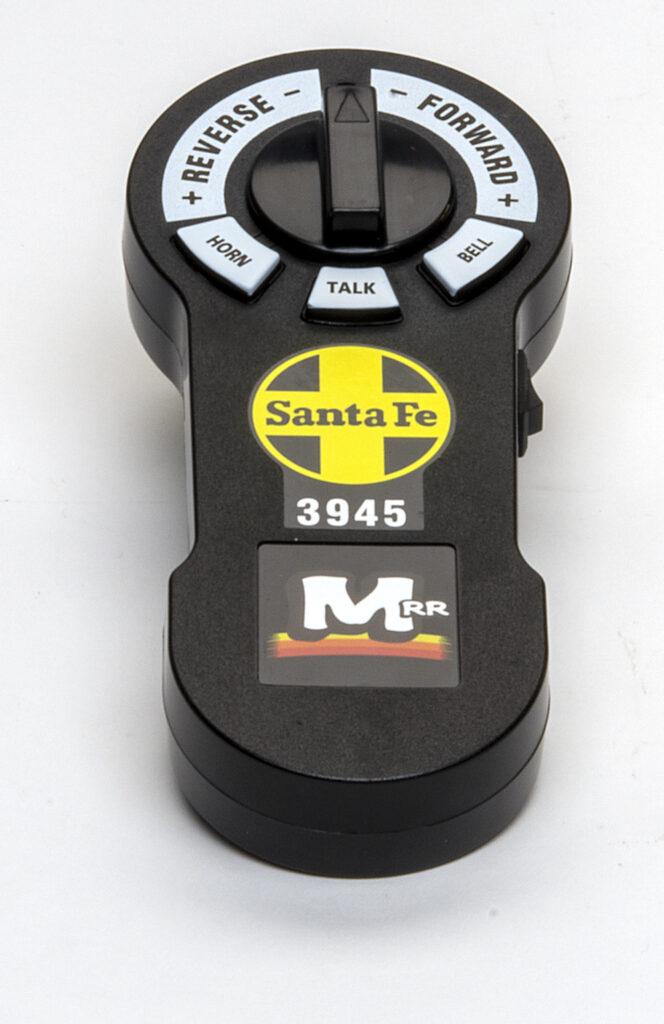 Hats off to the maker

Competition is good, and Menards has shown it’s a player in model railroading. The company gets high marks for basically saying, “Test the heck out of these and tell us what you think.” But be reminded there’s no guarantee this project will move forward. If it does, the production models may be at a different price point.

Only after user feedback is in and an analysis is made of what changes should be done, will the ball start to roll. At best, we may see something in 12 months. But from my hands-on experience, it will certainly be worth the wait!