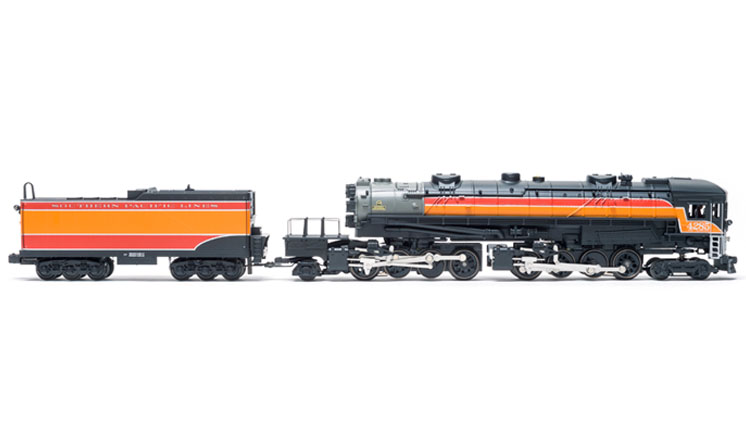 When I heard Classic Toy Trains was receiving a RailKing Imperial Cab-Forward to test, I got pretty excited. The Cab-Forward design was one of the most creative and artistically satisfying locomotives to ever ride the North American rails.
The Southern Pacific RR pioneered this locomotive design to haul long trains through the maze of tunnels and snowsheds that dotted its system. Slow Mallet steam engines in enclosed spaces proved a fatal combination for crews of conventional steam engines.

By moving the cab and firebox to the front of the oil-burning locomotives, the crew was ahead of the exhaust, which made a life-saving difference.

The SP eventually rostered more than 250 Cab-Forward locomotives for freight and passenger service. Just two survive: AC-10 class no. 4219 in Oregon and AC-12 class no. 4294 in California.

OPENING THE BOX
Placing the O gauge model on the track, the eccentric design stands out – cab up front, riding on a 4-wheel truck. It is almost as if it’s trying to look like a diesel or electric freight engine. The cab is rounded, but is more hammer-like than streamlined. Air doesn’t glide around this locomotive; it’s shoved aside!

The crew has great visibility with two single-pane and two double-pane windows. The number boards are above the windows, and the engine number is in an oval between them.

The headlight is centered, and the classification lights are slightly higher on either side of the cab. Just below the headlight is a terrific-looking horn, which seems ready to blast a warning tone disturbing enough to wake the dead. Just below that is a cast-in screen. The minimalist pilot has a plow and a cast-in simulated coupler.

The cab features two crew members and you can see firebox glow. The sides have windows and cast-in doors. The steps lead up, and add-on handrails are placed for safety.

The top of the boiler has two sand domes, a steam dome, pop-off valves, and a turbine. The boiler itself has a good amount of cast-in detail. There are boiler rivets and bands, assorted water and sand lines, and an add-on wire handrail running the length of the boiler. The walkway is smooth, and below it you will find add-on water lines, cast-in steam lines, and firebox rivets.

The steam chests are smallish to meet the demands of operating on O-31 curves. The drive wheels are similarly sized and are impressive when underway. The bright metal running gear is as eye-catching as a scale model when underway.

The rear of the boiler has the smokebox. There are two smokestacks, rivet detail above the box, and a whistle.

The smokebox face has an array of compressors. In addition to supplying air for the brakes, they pressurized the fuel and water to keep everything flowing, even when the train was going uphill.

Behind the smokebox is something I’ve always smiled about – a deck where the crew could have set up chairs and a barbecue grill or maybe a hobo lounge deck. The deck has four stanchions and rails on each side.

The tender is a brick-like die-cast metal rig that would look at home behind a 4-8-4 Daylight. The car has ample rivet detail. The four water hatches are all cast in. There’s a backup light and two marker lights on the rear, along with a ladder and a remote coupler.

PAINTING AND DECORATION
I don’t normally cover this as a separate topic, but this is a Cab-Forward. While these locomotives did haul their share of passenger trains over the mountains, they were in standard freight black or gray.

There are certain railway liveries that are popular far beyond the territory actually served by the line. The Pennsy 5-stripe design, the New York Central lightning stripe, and the Southern Ry. white, green, and gold set a standard for luxury train branding. The most colorful of them all, though, is the orange-and-red scheme used on the cars and locomotives of the famed Southern Pacific Daylight trains.

The brightly colored locomotive and passenger cars set a standard for high visibility (and indirectly promoting the railroad at each grade crossing). The railroad used the livery on A-class 4-4-2s and the big GS-4 4-8-4s and, during in the diesel era, on Electro-Motive Division and Alco passenger diesels. In the modern era, the Daylight flag, so to speak, has been kept alive through tours by surviving SP 4-8-4 no. 4449.

The painting and decoration of this locomotive are excellent. There were a few spots on the Cab-Forward where I thought the paint might have been a fraction too thick, but it didn’t hide any cast-in detail.

The locomotive will look great pulling a matching set of coaches and sleepers.

ON THE TEST TRACK
This model is 27½ inches long and is designed for O-31 or wider curves. It also has a lot of pep. I tested it in conventional mode and using the MTH app. It accelerates at pretty much whatever speed you desire – whiplash-inducing quick or don’t-wake- up-the-baby slow. It didn’t balk at train length, either.

I hooked up a couple of mixes of new and vintage rolling stock, ranging from 15 to 20 cars, and the locomotive didn’t seem to notice the difference. The steam sounds were great; the whistle was deep and attention-getting. While I’m not a particular fan of crew announcements, they can add some fun to your operation and the dialog was pretty good.

I tested this model in my basement, which has a fairly high ceiling. This is the first time in ages that I had to break out a fan to dissipate the smoke collecting overhead.
It looked great coming out of the stacks at full blast.

I think this RailKing engine is a winner. If you have modest curves (O-31 or wider), you can get a distinctive steam locomotive with good performance and a fantasy livery for a competitive price. Check your MTH retailer to see it yourself. 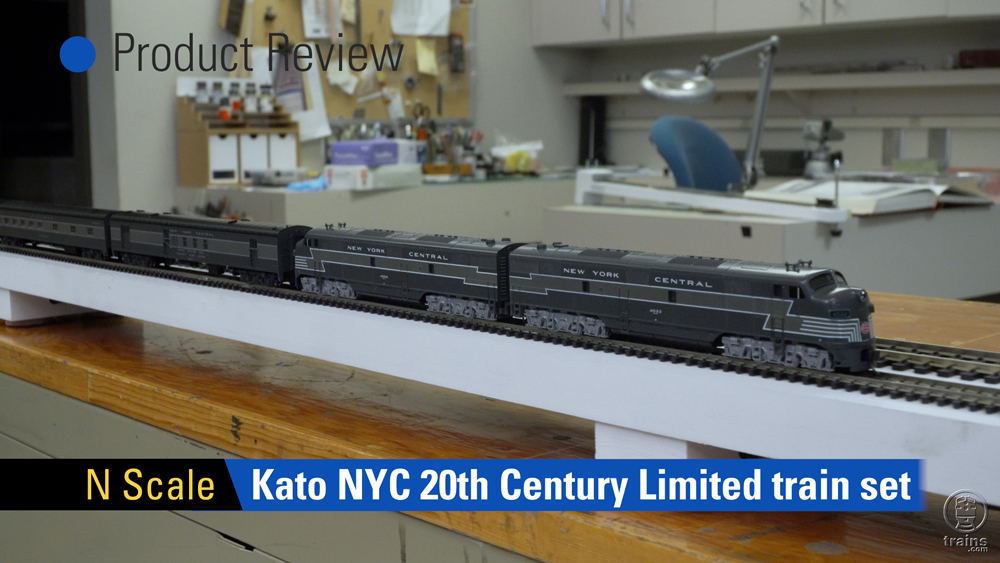 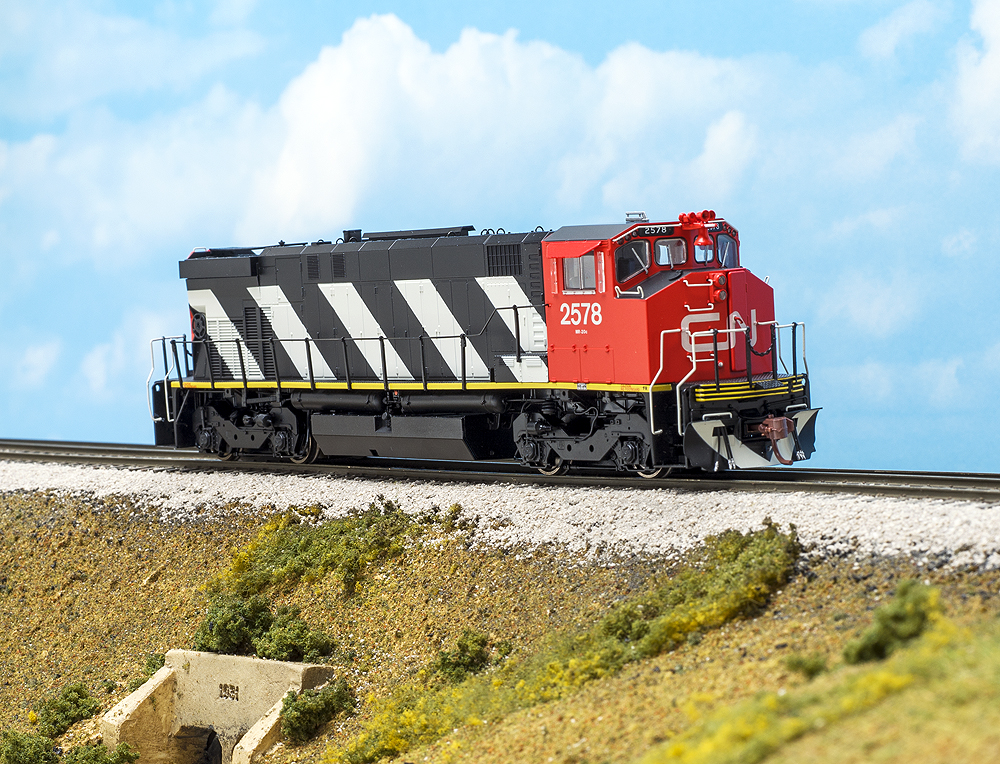 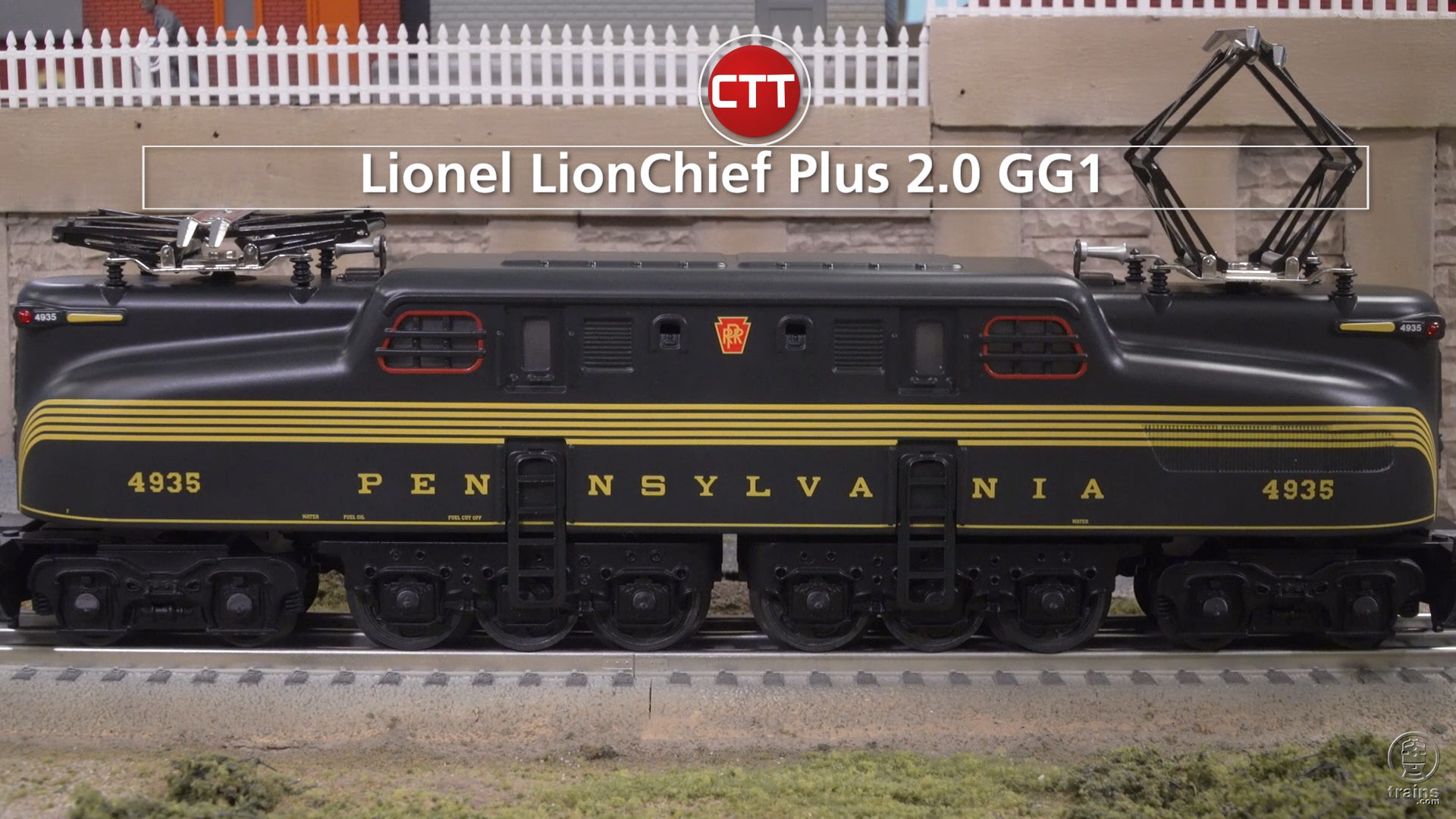 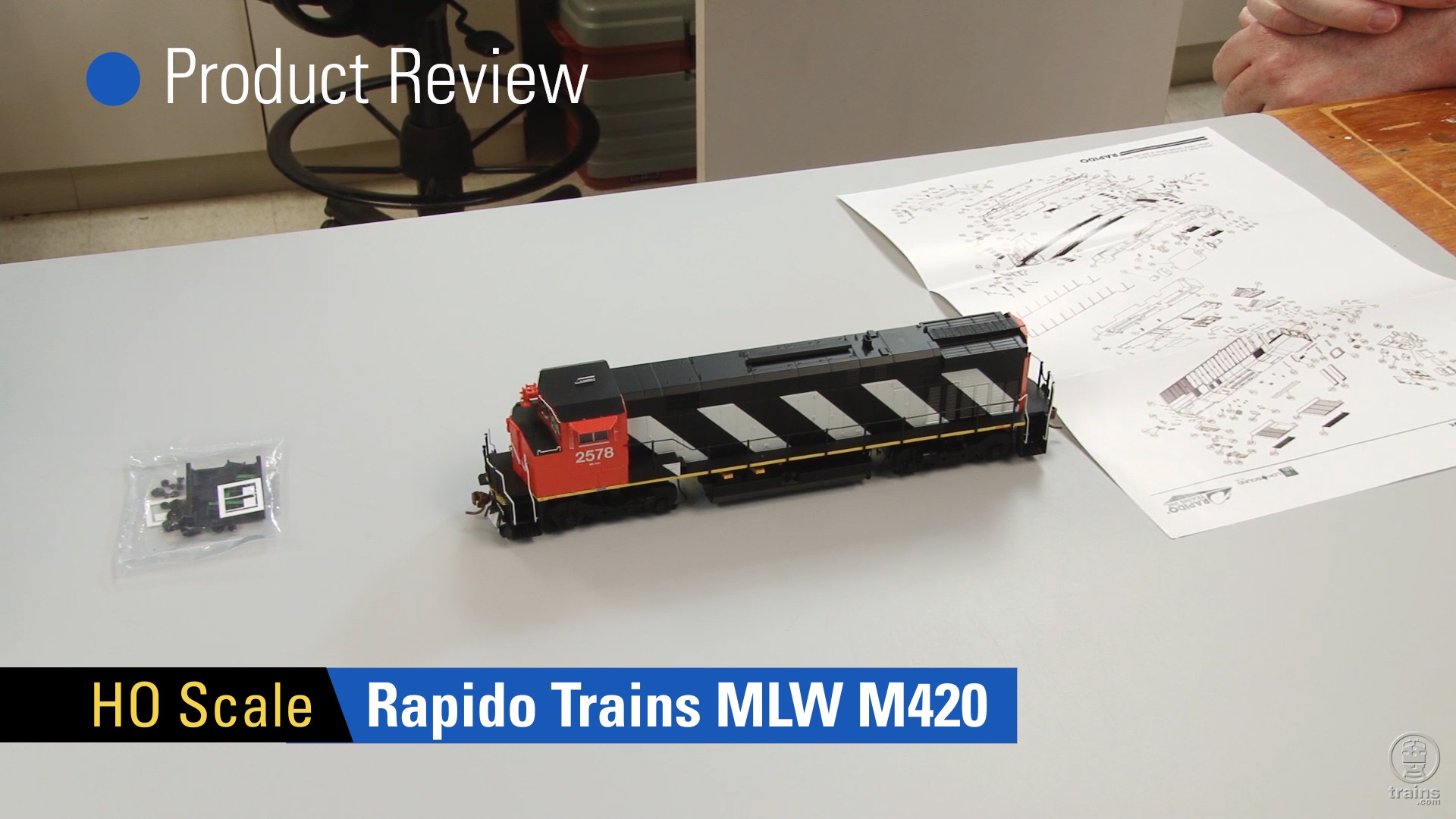