This O gauge structure is loaded with character 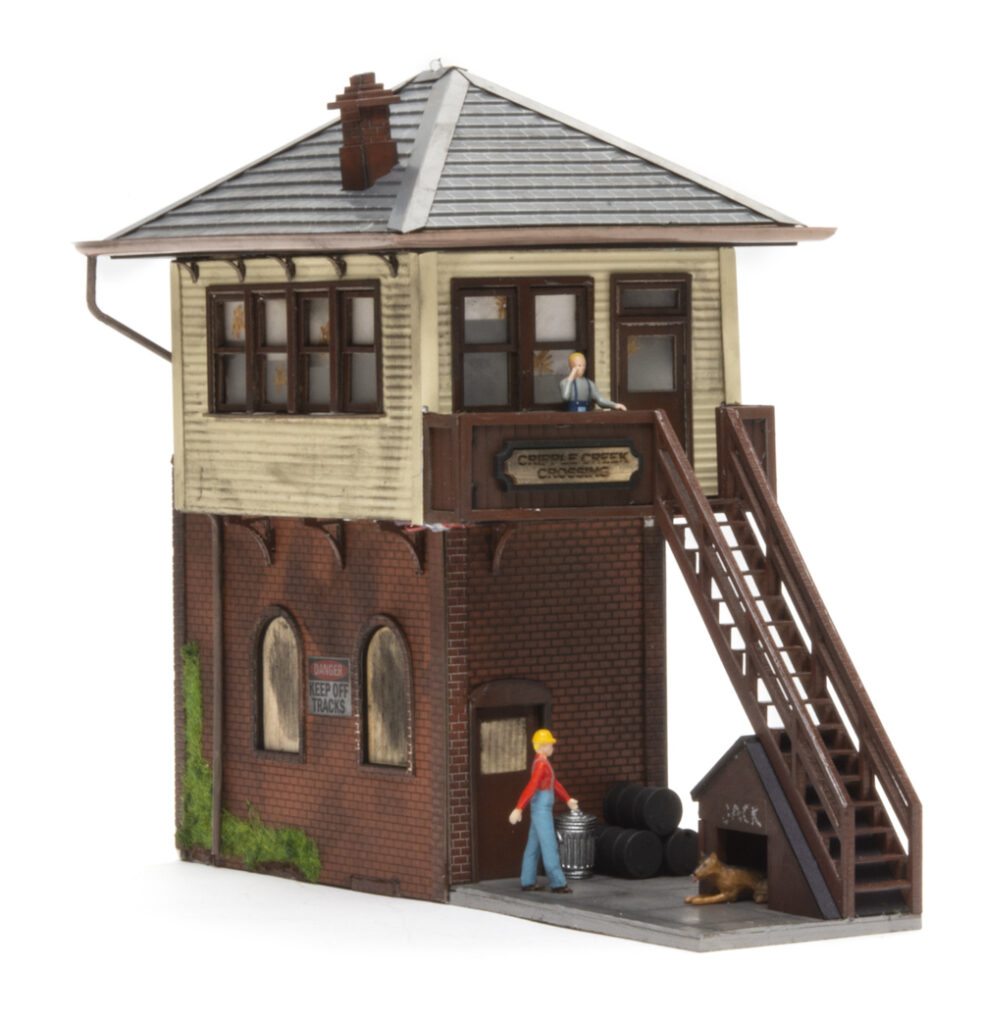 Menards’ Cripple Creek Crossing switch tower really struck a chord with me for an odd reason – it’s weather-worn and looks like it’s been on the losing end of a battle with railroad management for maintenance.

Anyone who did railfanning in the 1970s or ’80s knows what I mean. These places might have seen their last coat of paint when Eisenhower was president.

The first thing I noticed was the boarded-up windows and the heavy layer of locomotive soot. The building must have been at the junction of two railroads using steam engines or Alco diesels.

There are doors on both ends of the O gauge structure. One has signage for a rest room and “Beware of the Trains”; a sign on another wall noted, “Danger Keep Off Tracks.” There are even spots where climbing vines seem to be making a home.

But this place isn’t abandoned! There are three worker figures on the upper level. Another worker is on the ground next to a trash can and several oil drums. Jack the German shepherd even has his own doghouse beneath the tower steps.

Upstairs, one is struck by the deferred maintenance. Windows are decorated to include cracks and even bullet or rock holes in the panes.

The roof looks great, though. There are rain gutters on all sides with a downspout. There’s also an electric service and meter on the building.

This building can be powered by Menards’ power system. Connect it and you’ll find a flashing red light on the roof (for really, really low-flying planes). There are security lights positioned beneath the overhang of the upper level. These are bright enough to deter all but the most daring late-night vandals!