Getting the toy train you love, without losing your shirt 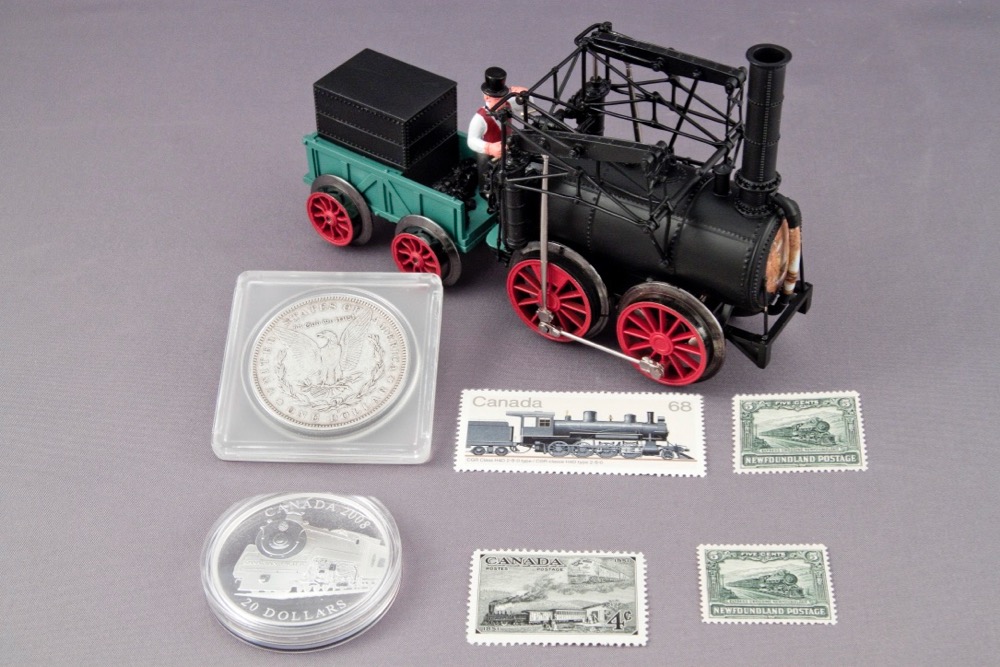 Why do we collect? Will the items we cherish retain their value over time? There are almost as many answers to these questions as there are collectors. CTT expert Peter Riddle presents some basic principles to consider before parting with your hard-earned cash.
Peter H. Riddle
People collect almost everything imaginable — bottle caps, Cadillacs, pieces of string, sheet music to sing — and of course, toy trains.

There are almost as many answers as to why we collect as there are collectors, but the reasons generally fall into two major categories: love of the object and expectation of financial reward.

I fall within the former category. The trains in my collection may be common or modestly valuable, handsome or homely, excellent runners or poorly engineered, but they all have one thing in common: I like them.

It has never been my ambition to become rich from my collection. However, I also prefer not to lose my shirt in the long run.

Consider the train, coin, and stamps shown in the top photo. Which of these popular collector items are most likely to repay their investment in the future? If you want your collection to retain a reasonable amount of its original value here, are a few basic considerations to keep in mind. 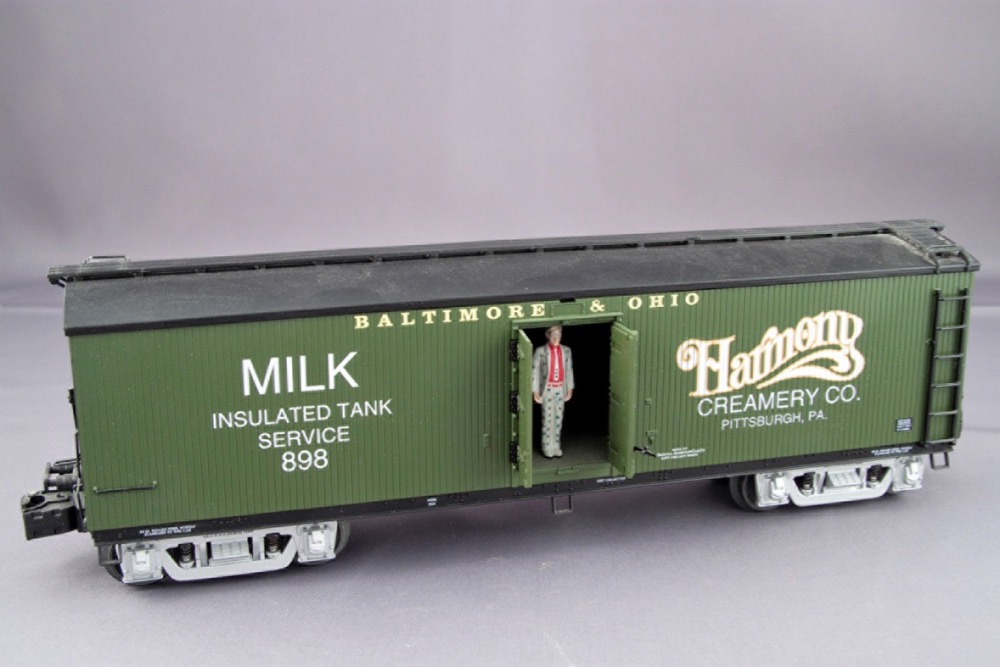 Figure 1
This Lionel convention car has an unusual twist, but will it hold its value?
Peter H. Riddle 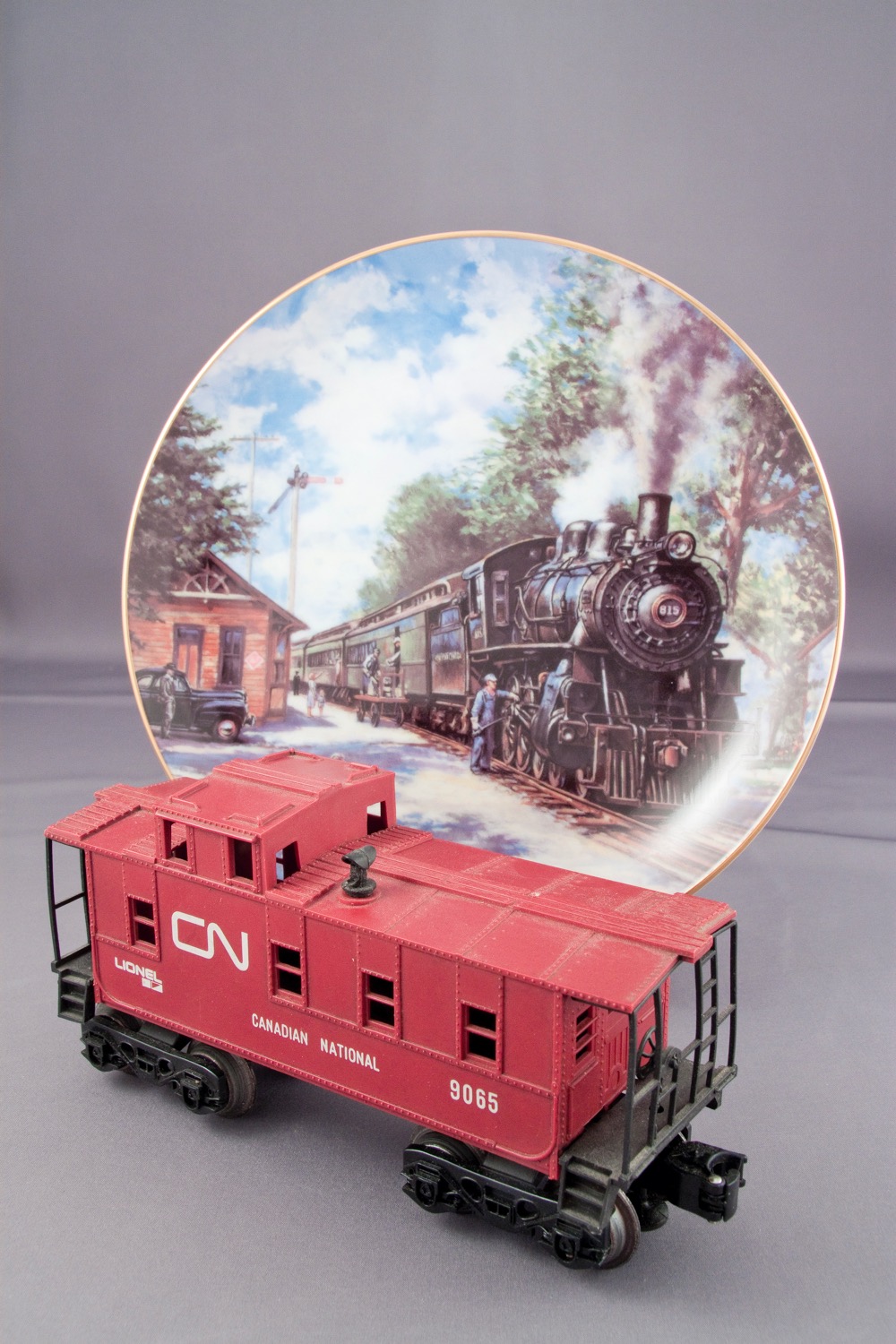 Figure 2
What’s collectible?
Let’s consider another area of collecting, represented by this exceptionally attractive refrigerator car made by Lionel for the 2004 Train Collectors Association national convention (Figure 1). Over time, convention cars have tended not to appreciate in value. Although there are exceptions, there seems to be little demand for most of them beyond the initial purchasers.

There is a unique twist to this car, however. It was created to honor one of the pioneers of the train collecting hobby, the late Lou Redman. That’s Lou standing in the doorway, wearing the colorful railroad-themed suit that was his trademark at TCA meets and conventions. Mr. Redman was a highly knowledgeable and respected source of information for many of us in the hobby and so is fondly remembered today by those who knew him.

It remains to be seen whether this personal connection will make the 2004 TCA convention car an exception to the rule and cause its value to escalate.

Convention cars fall into the category of “targeted collectibles.” Figure 2 shows another example of a targeted collectible. The illustrated plate “The Morning Local” was offered by the Hamilton Collection, the Bradford Exchange, and other distributors. Issued in individually numbered limited editions, these plates were popular in the late 20th century. They were promoted with breathless predictions they would substantially increase in value, but there is almost no resale value for most such plates today.

The Lionel caboose in the same photo tells a much different story. It was produced for the Canadian market at a giveaway price in 1971, near the beginning of Lionel’s modern era. This stripped-down model (no lights, no window glazing) is today a desirable addition to a collection. In fact, the Parker Brothers box is even more valuable than the car when found in perfect condition. The caboose won’t make anyone rich, but it has proved to be a much better investment than the plate. 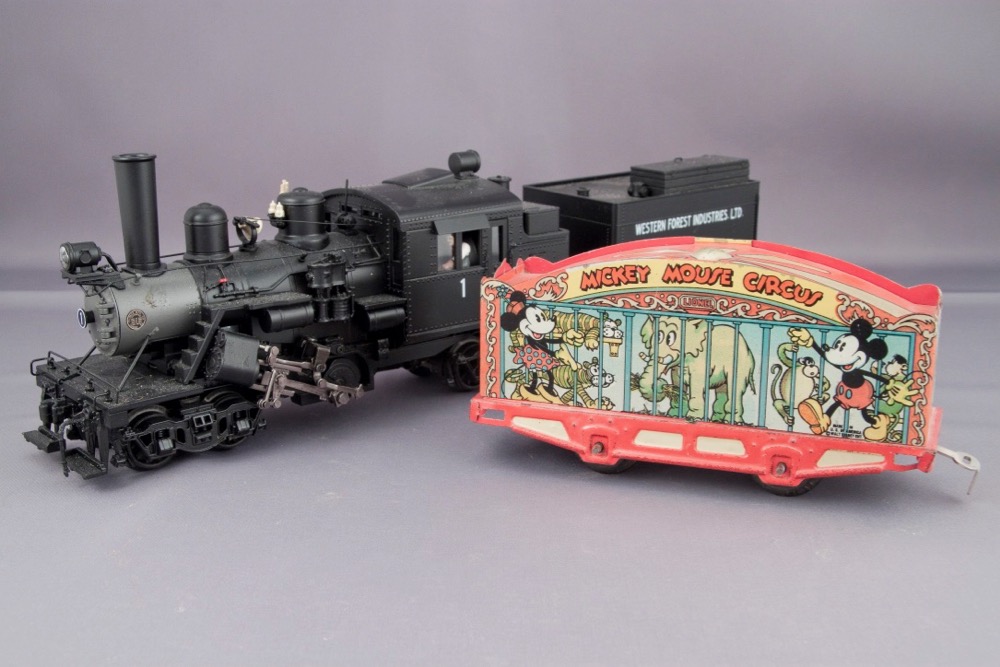 Figure 3
The MTH Climax is a fine model, but the Lionel Disney car is popular with collectors.
Peter H. Riddle
This brings us to a general rule of collecting. Well-preserved examples of items that were produced for a legitimate purpose – general circulation coins and stamps, for instance, and trains intended as playthings – are most likely to increase in worth. By contrast, I contend that the application of the word “collectible” to anything offered for public sale is mainly a marketing tool and actually signals a much greater likelihood of long-term loss than profit.

That’s not to say that one should not buy “The Morning Local” plate, convention cars, or commemorative coins and stamps. They are attractive and often highly artistic pieces. But to expect a substantial return on the investment, or just hope to break even, is unrealistic.

Modern locomotives
But how about the expensive, highly detailed scale model trains that have come from Atlas O, Lionel, MTH, and others in recent years? Do they represent a good investment? For example, the MTH Climax locomotive in Figure 3 is a smooth-running, feature-packed engine that originally sold above the $1,000 mark. The Mickey Mouse Circus car in the same photo would probably bring less than that at a train meet, despite its like-new condition (although in a complete set, it would be worth a lot more).

What are the long-term prospects for these two items? The more expensive a new locomotive is, the fewer original buyers there will be. But will there be sufficient demand for such trains in the future to cause their value to increase? I may be wrong, but I doubt it. 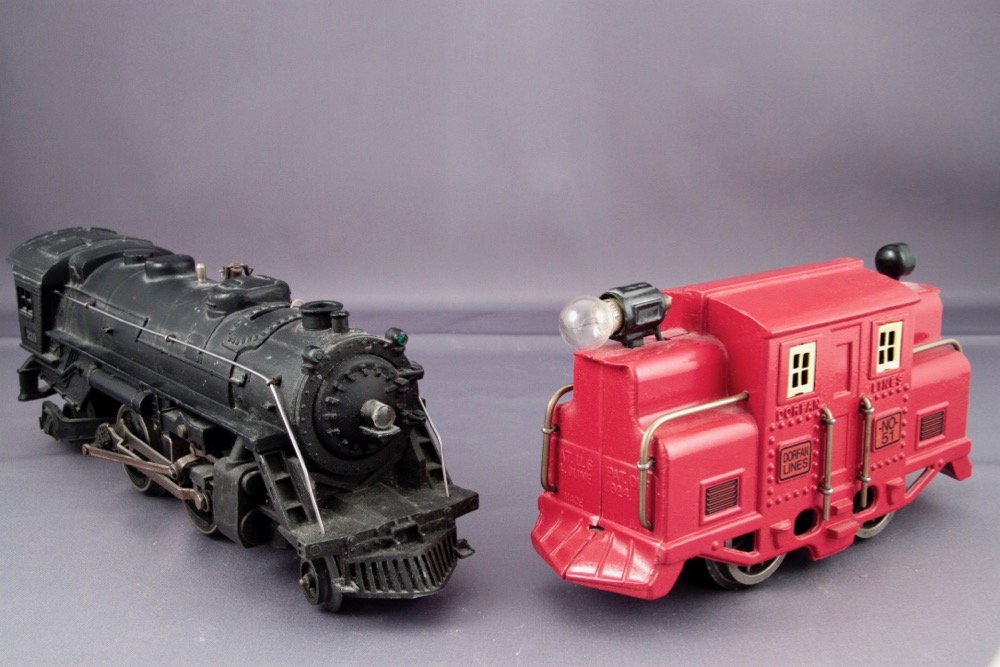 Figure 4
The Lionel no. 229 has a personal connection that the Dorfan no. 51 lacks.
Peter H. Riddle
There are three reasons why the Mickey Mouse car, part of an inexpensive clockwork set sold by Lionel only in 1935, will almost certainly continue to be a sound investment. First, they are somewhat fragile and few have survived in decent condition. Second, they have a proven track record. These cars are well-known to collectors, and we tend to be attracted to items which our fellow hobbyists are enthusiastic about. And third, there is the crossover effect. Disney items, especially those from the years before World War II, are sought after by collectors outside the train field.

Finally, which of the locomotives in Figure 4 will be more likely to increase in value as the years pass? At right is the smallest Dorfan O gauge locomotive, no. 51, a product of a New Jersey company that was in business for just 10 years, beginning in 1925. At left is the lowest-priced scale-detailed locomotive in Lionel’s prewar O gauge line, no. 229, made from 1939 through early 1942.

The Lionel locomotive is fairly common, while the Dorfan engine is relatively scarce in operable condition. It was cast from a defective alloy, and most examples began to deteriorate within just a few years of manufacture.

Most Dorfan engines on the market today are either in poor condition or restored like this example. By contrast, the Lionel 229 is an attractive toy that comes close to the appearance of a real locomotive, and this 70-plus-year-old example still operates smoothly. Therefore, it has a far greater intrinsic value, especially to operators of vintage trains.

But there is another intangible consideration at work when deciding which of these two locomotives is of greater value – the nostalgia factor. While I spent many hours carefully restoring the Dorfan model, I’ll likely sell it someday. The Lionel engine, however, along with the tender and cars that go with it, will be passed down to my children and grandchildren. I can never part with it, because it brings back memories of the identical set I received at age 5.

The Lionel locomotive will never make me rich but in all the ways that matter, it is priceless.