Home / How To / Expert Tips / How to: Install LionChief app on your phone or tablet

Having it unlocks options for Bluetooth-equipped Lionel locomotives 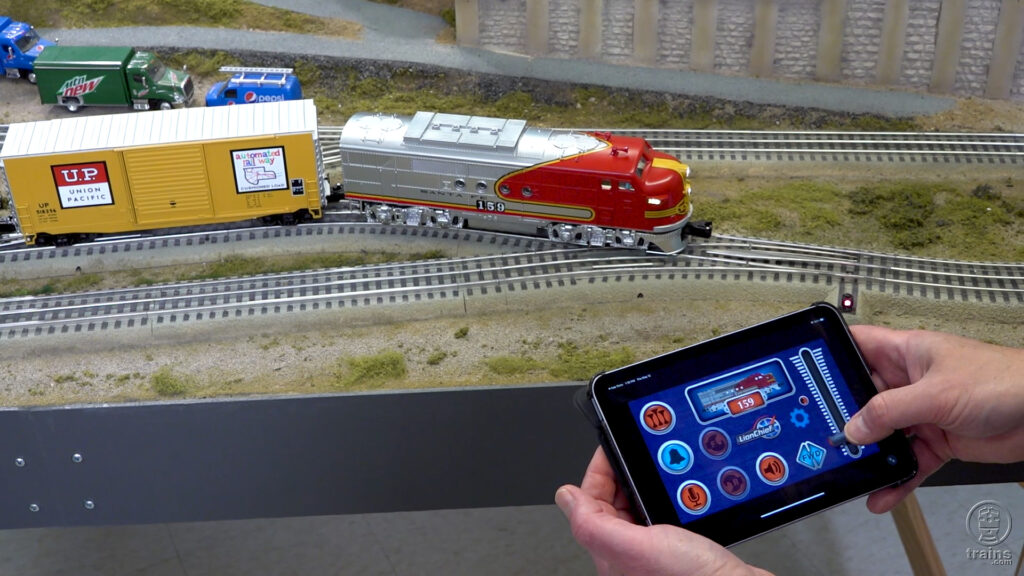 Here’s how to install the LionChief app on your smartphone or tablet and get the most out of your Bluetooth-equipped Lionel locomotives.

Years ago, there was only one way to run our toy trains, and that was with a transformer. Today, we’re fortunate to have a lot of options to control our trains, including remotes that come with sets and smart devices like our cell phones or tablets.

LionChief locomotives and sets come with a basic remote that controls speed and direction and the bell, crew chat, and the horn. The addition of Bluetooth to the locomotive offers finer control and more options for operation.

Today I’m showing you how to add the app to an Apple iPad but it’s equally easy to add to an Android device. The same techniques apply for adding the app to either kind of phone. Just go to the Google Play store and find the Lion Chief app. On an Apple device, go to the App Store and search LionChief. Once you find the app, tap the icon to install.

Now we’ll open it and run a train. You might get a security message asking if it’s okay for the device to use Bluetooth. Click OK. Then make sure Bluetooth is active on your device. If the icon is blue on an Apple device, then the Bluetooth is on.

Now make sure everything’s operating as it should be by tapping the horn, bell, and Crew Talk feature icons. You can control the volume with the related icon. Feel free to change the overall volume or individual options to suit your tastes.

If the locomotive has Electro-Couplers, they can be operated with the coupler icons. You can control forward and reverse engine movement with the arrows. The “gear” menu allows you to control momentum – low, medium or high. You can also control the amount of smoke emitted by the locomotive if it’s so equipped.

Also, a speed limit can be set, which might be helpful if you’d like to let a small child run the locomotive. Just back it down to make sure it won’t run off the track.

Running the engine is easy. Tap the arrow button to pick a direction, give a quick blast of the horn, and move the throttle slider up with the tip of your finger until your train is at the desired speed.

Adding Bluetooth to some already great equipment gives another level of control and functionality. Don’t be afraid of the technology if you have a Bluetooth-equipped locomotive. Download the app and give it a try.