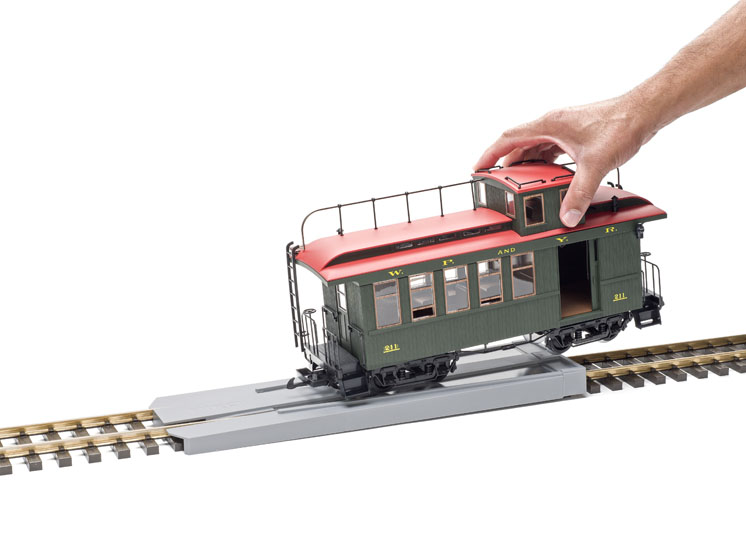 Open the box and you might be tempted to dismiss the contents as two sections of thin (⅛”) plastic, each measuring 16″ long. Closer inspection reveals the top side of one section includes two 12″ metal plates (slot-and-tab installation) extending two-thirds its length. Probe a bit further to find an end cap, Phillips-head screw, and a four-step instruction sheet illustrating the tool’s true utility.

In operation. The re-railer can be used in two configurations. By attaching the end cap with the provided screw, the single section fitted with metal plates can be used to re-rail shorter equipment. Remove the end cap to attach the second section (using the provided screw), and then you’ll have a 32″ re-railer ready to handle long freight and passenger cars, plus electric, diesel, and steam locomotives with tenders – the big stuff with lots of wheels!
Once assembled in either configuration, the re-railer straddles many different brands (PIKO America, LGB, USA Trains, and Aristo-Craft tested) and styles (tie spaces, rail height, etc.) of straight large-scale track.

With the re-railer in place, tabs on the metal plates contact the rails beneath, transmitting power to the pick-up shoes of a track-powered locomotive on it.

Operators can power up, then drive the locomotive onto the rails. Of course, battery-powered and live-steam units re-rail just as easily.
Although the plastic re-railer is plenty sturdy when installed, its construction is a bit too lightweight to transport equipment to a railroad. That said, it can withstand the full weight of a wayward operator at least once (don’t ask how I know).
The wrap-up. Aside from the inadvertent “tonnage test,” the extended effects of weather on the this plastic re-railer are unknown. Still, it’s probably best not to take the chance and leave it outdoors for extended periods.

When it comes to the common task of getting multiple wheels of a large-scale locomotive quickly and easily on the rails, the PIKO America Powered Re-railer is right on track! 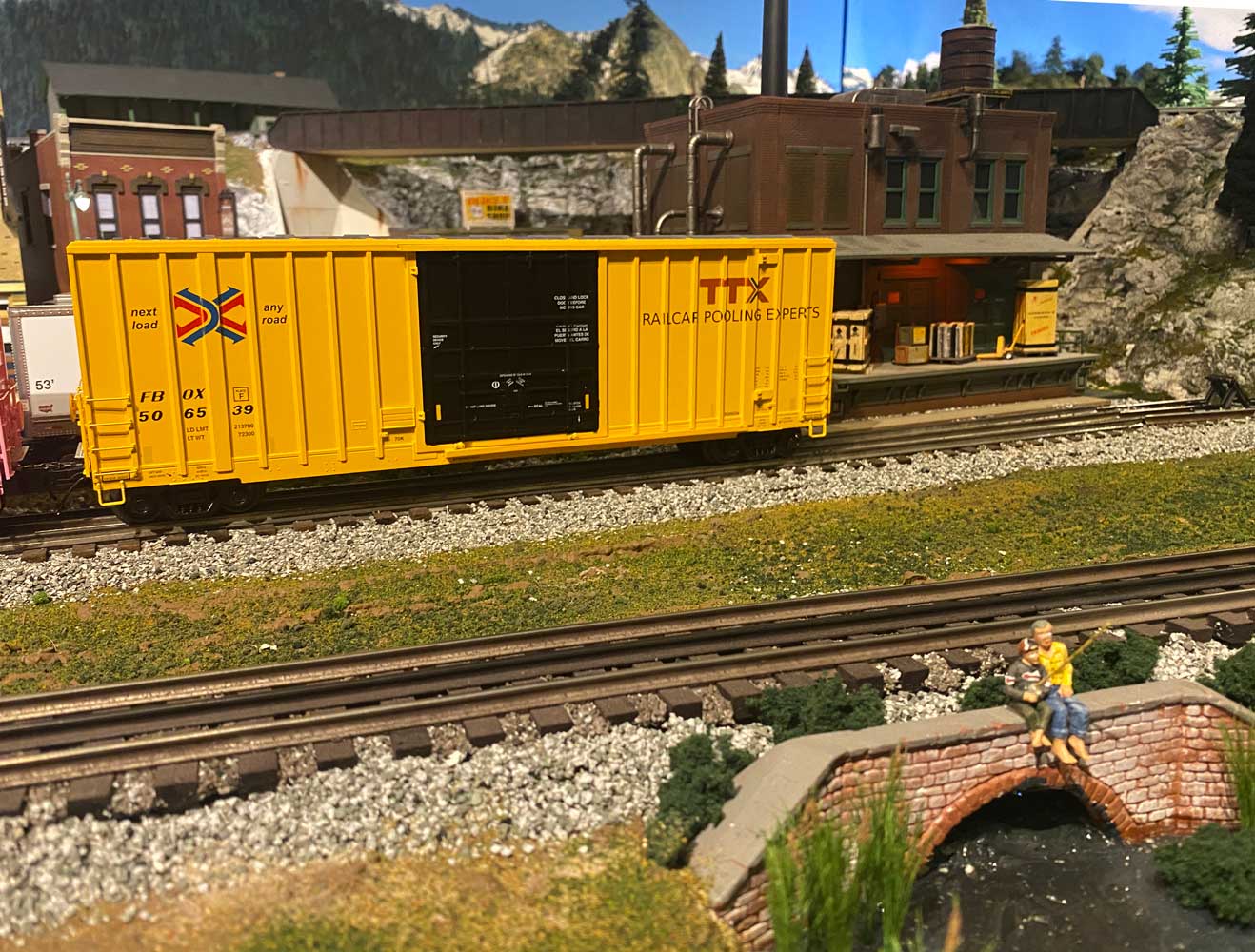 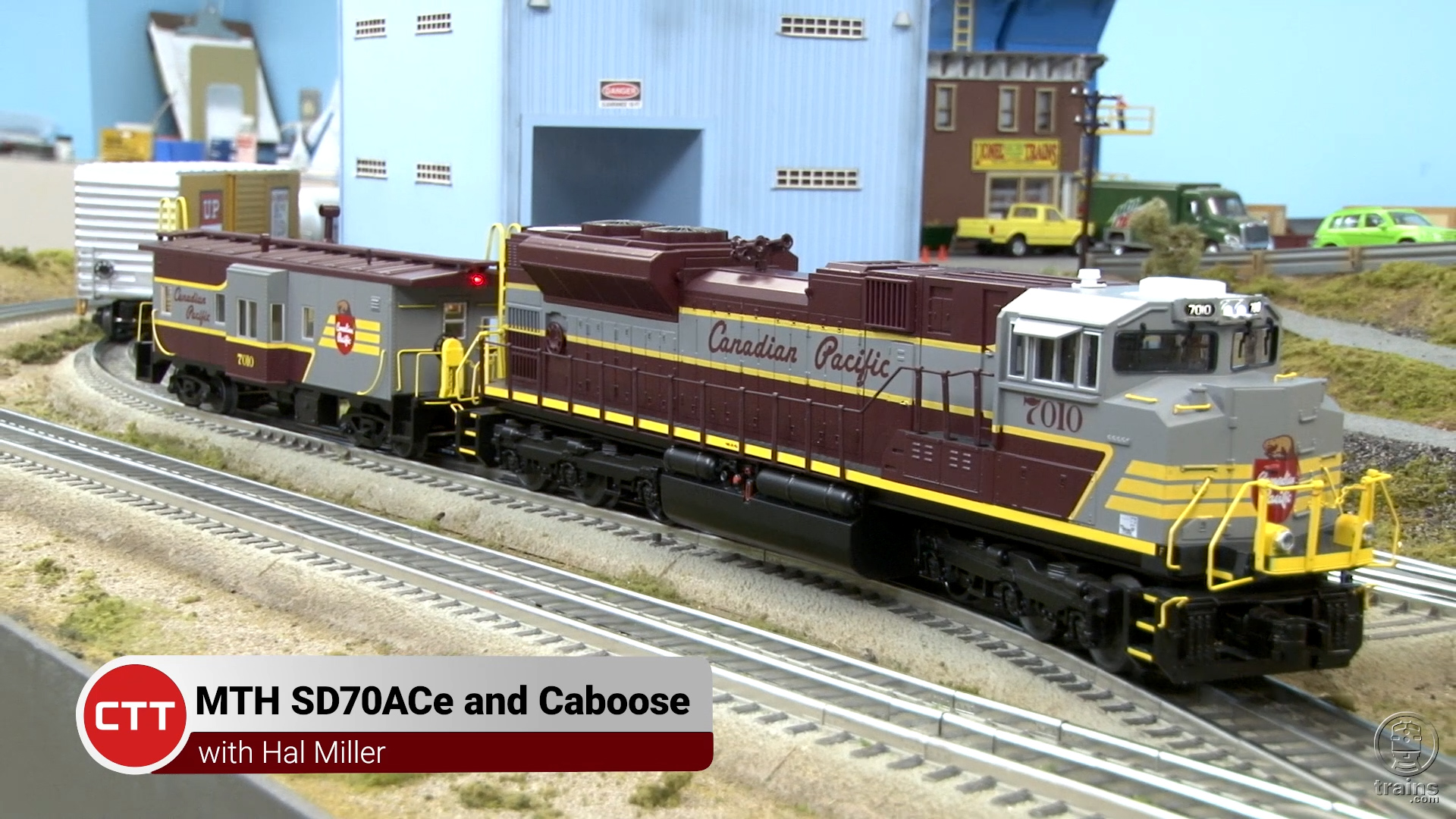 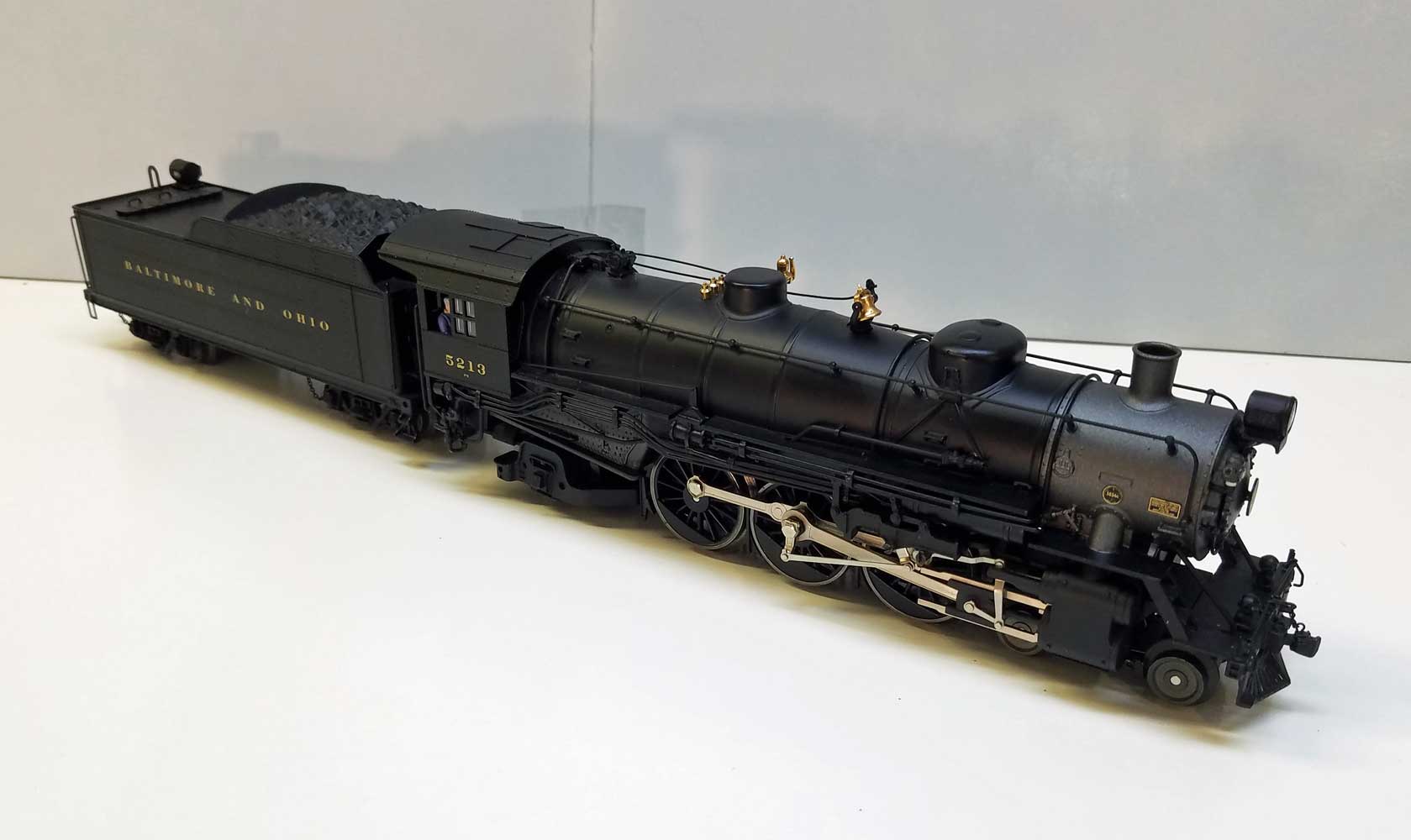