Home / How To / Projects / A rural farmhouse for your garden railroad 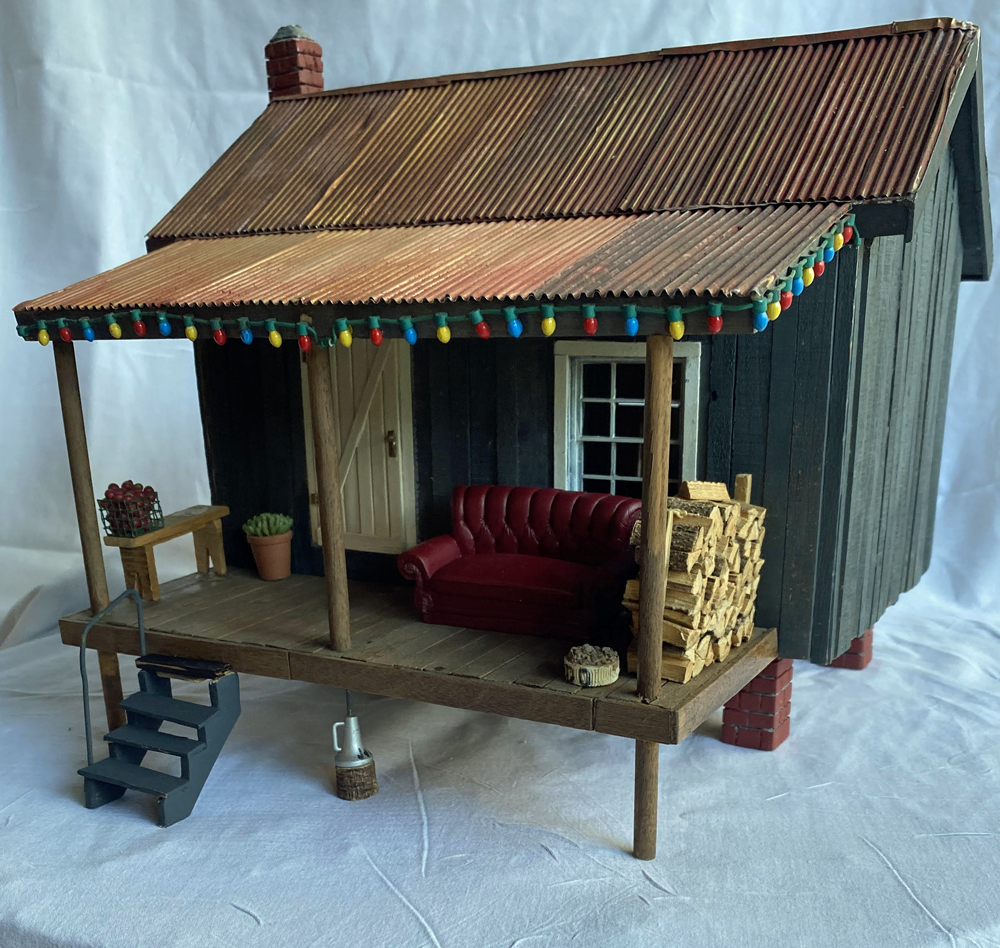 When I started my garden railroad, around 1994 or 1995, I built structures from drawings printed in old Model Railroader issues. At the time, I was looking for something to build for the contest at the National Garden Railway Convention in Orlando, Fla. (mid 1996). I found drawings in the January 1992 issue (p. 124)  and modified them to make a rural farmhouse.

First, I purchased a scale rule in 1:22.5 that allowed me to easily resize materials. There are other conversion documents and websites to help you easily convert measurements. [Find a scale conversion chart on our site here.]

I built the walls from model aircraft plywood. After I cut out window and door openings, I covered the exterior walls with strips of coffee stirrers. I purchased premade windows but assembled the doors from three layers of wood strips. (The rear door is a Dutch door with working hinges.)

Then I built the roof sheathing from the same model aircraft wood I used for the walls. To replicate a corrugated roof, I cut and crimped soda can aluminum using a Fiskars brand paper crimper. (I have since modified my process for corrugated roofing, and “bake” the aluminum first on my outdoor grill to soften it and remove the printing.) I aged the roofing with thin washes of red and black paint.

To replicate a pier-and-beam foundation, I used ¾ inch wood stock, then cut in a brick pattern with my saw and screwdriver. After painting it red, and giving it a “whitewash,” the wood really looks like bricks. I made the chimney on the side of the house in the same way.

I built the front and back porch roofs out of the same model airplane plywood. The porch supports are small wood dowels, and the porch floor is built from more coffee stirrers.

Other details, such as the oil can, handrail for the steps, and the wood bench, came from my junk box. Feel free to add any details that look right to you.

I hope this will inspire you to look through old back issues and scratchbuild the buildings you need for your own railroad.

One thought on “A rural farmhouse for your garden railroad”