Icy-blue foliage on a conical shape 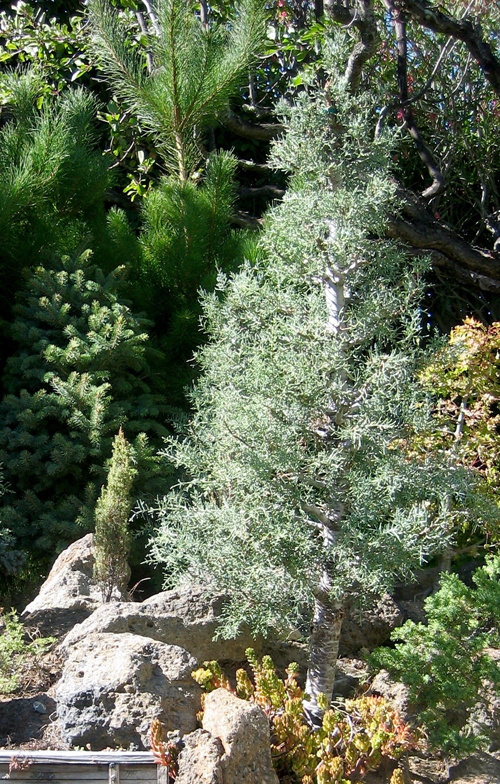 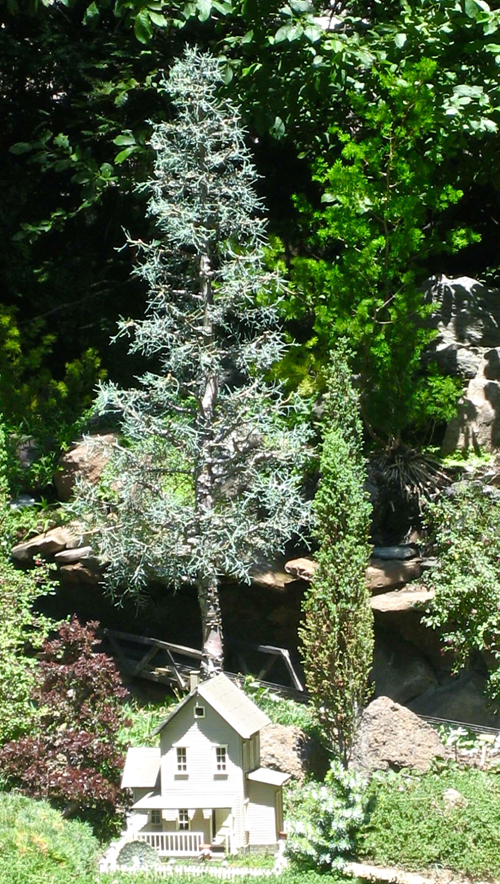 Pruned
Nancy Norris
Blue Pyramids are just that: icy-blue foliage on conical conifers, twice as tall as they are wide. Its close relative, C.a. ‘Blue Ice’, is especially silvery blue. The evergreen, needly foliage on both plants is covered with a waxy bloom that enhances the blue color. The species name, C. arizonica, gives us a clue as to the copious amount of sun it prefers; branches stretch and weaken if grown in too much shade. Having grown these cypresses for more than 10 years in garden railways, I find they are easily pruned if one keeps up with the annual cutting back of the apex and branch tips (see photos). If it gets too tall, cut back the trunk and tie up a side branch for a new leader to the stump of the trunk, removing the twist-tie after it remains upright. This cypress foliage, when pruned, emits a strongly aromatic, woodsy smell that I like. However, others think it smells like skunk, so don’t plant it under your window if you’re in the latter group. Irrigate often during the first two years after planting, but mulch with about 3″ of humus around the trunk, keeping mulch away from the trunk by several inches to avoid rodent damage. Thereafter, water deeply only during dry periods.
You must login to submit a comment
Related Articles