Home / Beginners / What are scale and gauge? 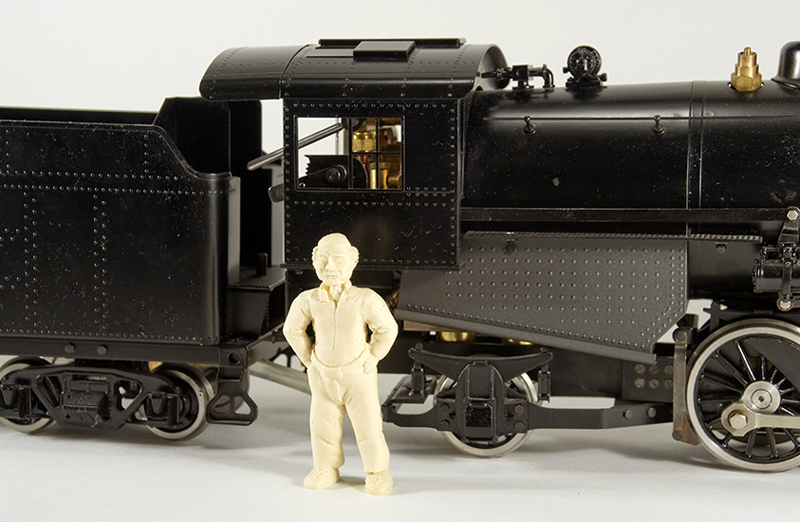 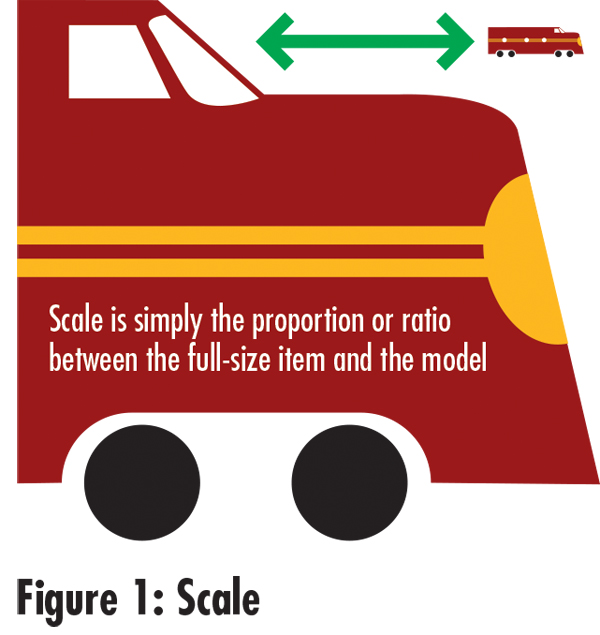 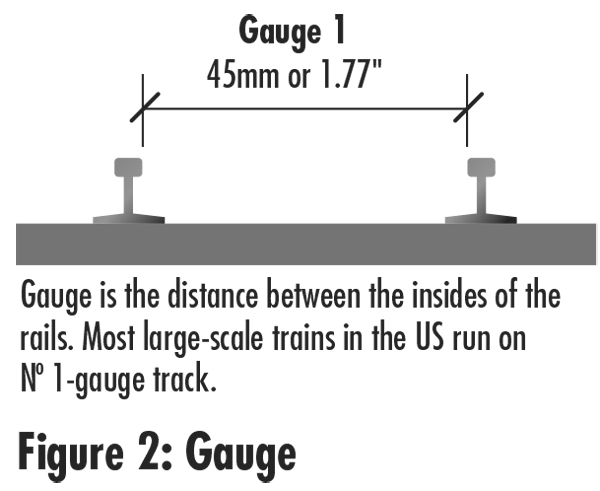 This 1:20.3-scale figure may look right for this 1:32-scale locomotive but if you tried to put him into the cab you’d quickly realize your error.
Marc Horovitz 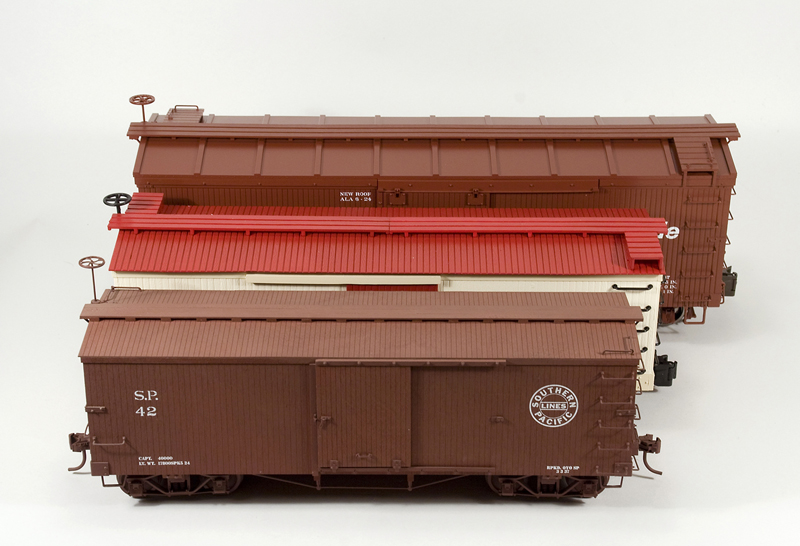 These three models are all of similar prototypes—3′-narrow-gauge boxcars. In the foreground is an early Hartford Products car in 1:24 scale; in the middle is a Bachmann boxcar in 1:22.5 scale; and in the rear is another Bachmann car, this one in 1:20.3 scale. All run on gauge-1 track but only the 1:20.3-scale car is the correct scale for that gauge.
Marc Horovitz

What are “scale” and “gauge?”
In order to make sense of it all, we must first examine the concepts of scale and gauge.

Scale refers to the ratio between the size of your model and the size of the real thing. If you’ve built plastic model cars or airplanes, you’re familiar with scales like 124 or 148. Doll house and miniatures makers commonly use 112 scale. These fractions simply tell how much smaller the model is than the real thing. Take your Toyota and shrink it to 124 its original size and you’ll end up with a 124-scale model. Or, a 24″ wheel in 124 scale is (surprise!) 1″ in diameter. Usually, model railroaders use the “ratio” method of writing this fraction, so when you see 1:29, you can substitute 129 to find how much to multiply or divide by.

Gauge refers to the distance between the insides of the two rails on the track. Full size standard-gauge track (the stuff that runs through your town) is 4’812″ between the rails. The reasons why such an apparently bizarre number became the standard are lost in time and mythology, but many builders chose more rational figures. Some railroads were built with narrower tracks (e.g. 2′, 3′, 1 meter), and some with wider tracks (e.g. 5’0″).

The term “G gauge” is sometimes incorrectly used to denote anything that runs on 1-gauge track. This is a primary source of confusion for buyers. The track is “1 gauge.” There are several scales that run on 1-gauge track. Find out what the scale is before buying!

Finally, there are a couple of other widespread scales that were derived, not from the exact ratio of the gauge, but from other considerations. Early in large-scale days in the US, 1:24 was a popular scale. Our 1-gauge track works out to 3’6″ in that scale, a fairly common gauge worldwide, and used here and there in North America. That scale is not one many people choose to model these days, though some model equipment designed in the 1980s lives on (without the obsolete scale designated on the box). Also, many metal detail parts are still available and many buildings are still made to 1:24 scale so they can use doll house windows and doors. Instead of the more correct 1:32 scale, most standard-gauge models are now made in 1:29 scale, reportedly so they wouldn’t be dwarfed by narrow-gauge models on the same track, even though the prototypes were larger. The scales don’t match the gauge of the prototypes but, if everything else on the railroad is consistent in scale, it’s not something most people find objectionable or even noticeable.