Home / Train Basics / ABCs Of Railroading / Tunnel (motors) from the past

More than 500 still ply the rails, and now there’s a new twist 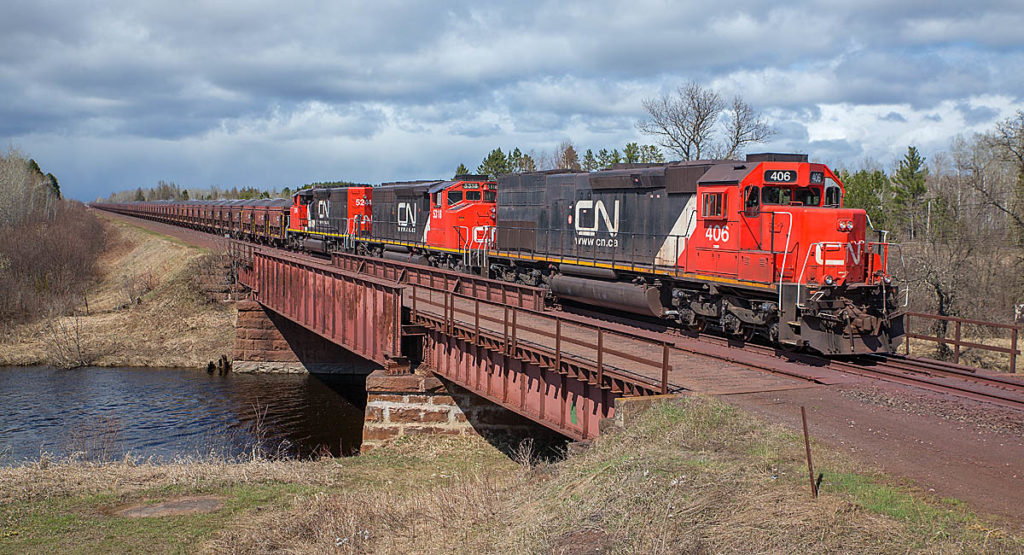 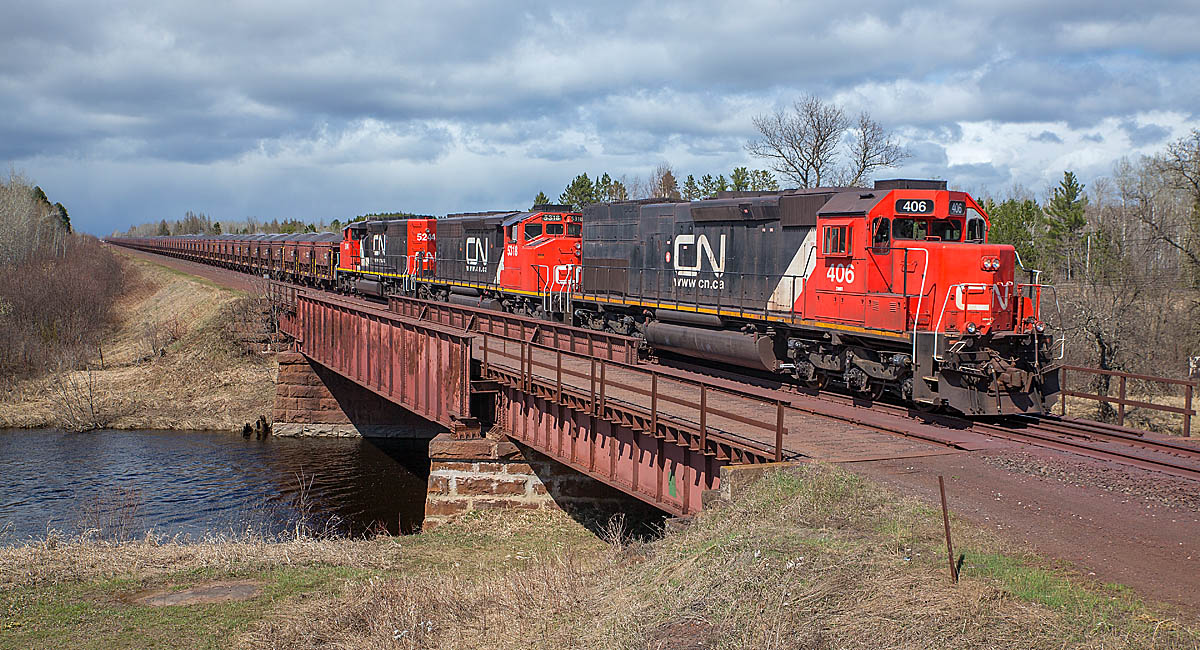 Canadian National is the only Class I railroad in North America that is still operating hand-me-down tunnel motors today. CN SD40-3 No. 406, which was constructed as SP SD45T-2 No. 9171 in 1972, leads ore train U717 at Kelsey, Minn.
Chris Guss
Locomotives are constructed to operate in all types of climates, from scorching desert heat to frigid mountain winters. An ample supply of fresh air is required at all times for cooling and combustion. In the 1960s and 1970s, when trains operated through long tunnels or snow sheds at slow speeds, the ability of a unit to receive large amounts of air cool enough to dissipate heat was an issue for western railroads, notably Southern Pacific and Rio Grande. Before the introduction of microprocessor technology, locomotives didn’t self-govern and would quickly overheat and fail in these conditions.

Early attempts to address overheating included adding a water spray on the radiators to improve cooling. This was followed by the application of “elephant ears” that ducted air from a lower point on the side of the locomotive into the radiators. Both solutions had various degrees of success and contributed to the development of Electro-Motive Division’s tunnel-motor design, which used low air intake vents on the long hood and a cold-side radiator fan system. This design places radiator fans between the intake and radiators, which push a larger volume of cool air through the radiators versus a hot-side fan system found on EMD hood units that pulls hot air exiting the carbody.

EMD’s first tunnel motor was the SD45T-2, a modified version of the SD45-2. Southern Pacific and subsidiary Cotton Belt were the only buyers, ordering 247 copies between 1972 and 1975. The tunnel-motor variant of the highly successful SD40-2 , the SD40T-2, gained slightly more buyers at 312, split between Southern Pacific/Cotton Belt and Rio Grande orders that spanned from 1974-80.

While no four-axle tunnel motors were ever ordered, EMD did design a tunnel-motor version of the GP50 called the GP50T for Rio Grande. Unfortunately, an expected order for 12 GP50Ts was never finalized and the design went unbuilt. The cold-side radiator fan design with side air inlets used on the SD40T-2 and SD45T-2s was applied to other EMD products in North America, the MP15AC, MP15T, GP15-1, GP15AC, and GP15T. Many EMD products around the world, which were already using cold-side radiator fans, also received the new radiator design.

Eventually, the tunnel motors built for Southern Pacific and Rio Grande and still on the roster in 1996 ended up in the employ of Union Pacific. The majority of the tunnel motors were purged from UP’s roster in the 2000s, ending up on dozens of other Class I railroads, short lines, regionals, and lease fleets across North America. Canadian National is the only Class I operating the tunnel-motor design today. It inherited two separate fleets of SD45T-2s (rebuilt mechanically to SD40-3s) during its acquisition of Bessemer & Lake Erie in 2004 and Duluth, Missabe & Iron Range in 2011. Its fleet of 20 tunnel motors see service primarily on CN’s iron-ore operations in the upper Midwest. 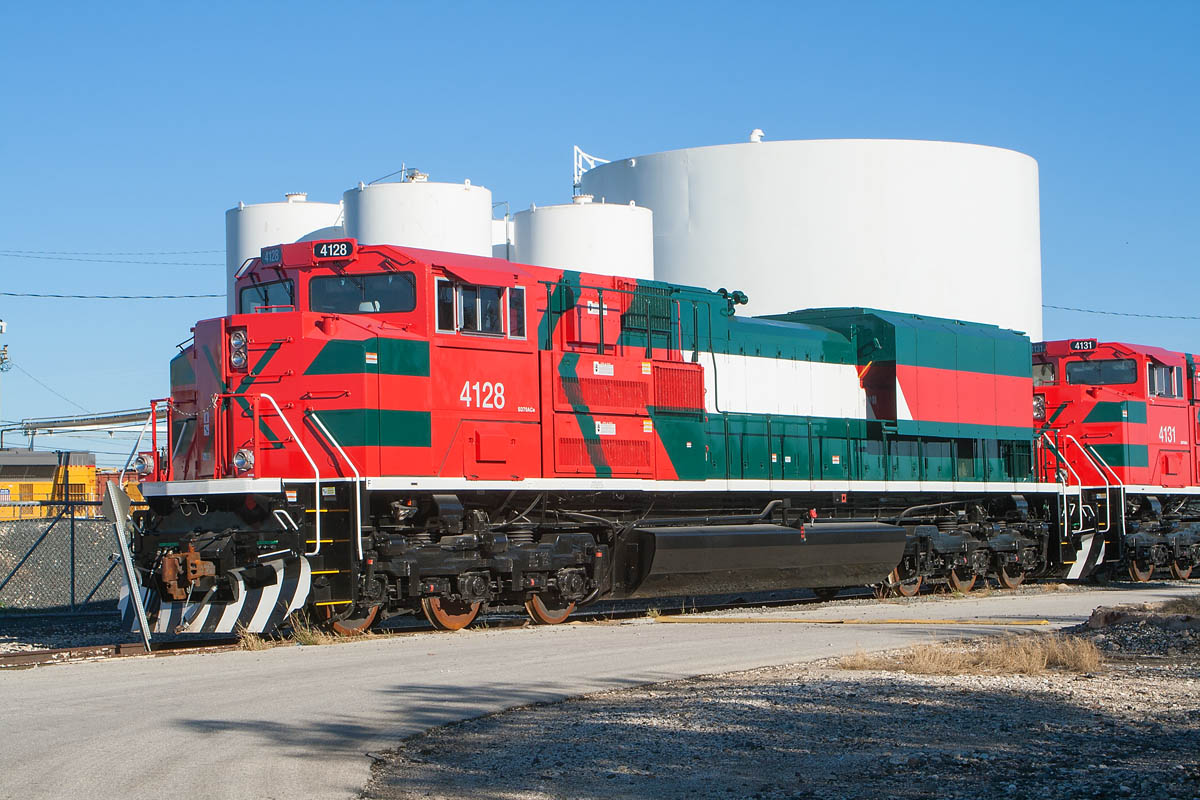 Bringing back the “elephant ear” treatment are 15 Ferromex SD70ACes, including
Nos. 4131 and 4128.
Carl M. Lehman
Mexico’s Ferrosur (now Ferromex) reintroduced the elephant-ear concept with 15 SD70ACes constructed by EMD in early 2015. The tunnel-motor concept using cold-side fans would most likely not be feasible with the size of the radiator systems in today’s locomotives, hence the application of the less-efficient elephant ears. To compensate, these locomotives take advantage of the microprocessor system and GPS equipment on board and can adjust certain aspects of the locomotive such as cooling the fluids in the radiator system below normal levels prior to entering tunnels on the railroad.

With more than 500 tunnel motors constructed and many still operating in various forms, we will continue to see these unique locomotives plying the rails across the continent for some time.

This story originally appeared in the March 2016 issue of Trains Magazine.