Weekly margin over 2020 at 6.6%; Canadian figures improve despite fire issues 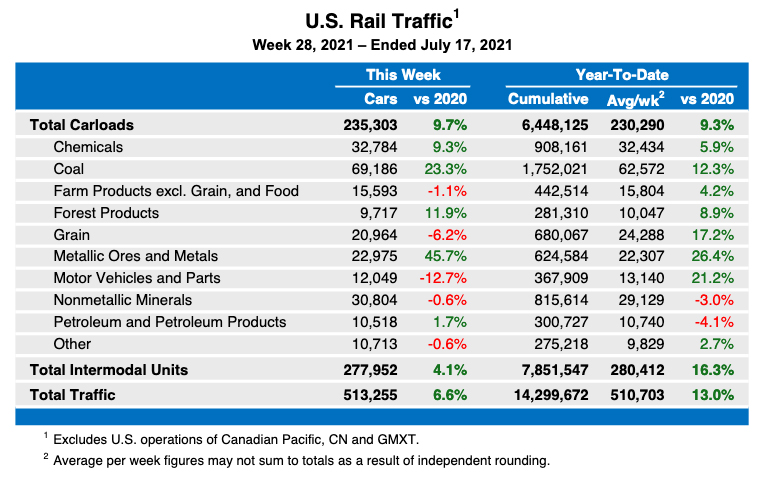 WASHINGTON — A week after U.S. rail volume took a rare dip toward 2020 levels, the latest statistics from the Association of American Railroads once again show a comfortable increase in 2021 traffic over the comparable week a year earlier.

In Canada, where fires in British Columbia have had a major impact on rail operations, traffic rebounded somewhat. The 70,017 carloads for the week represented at 3.5% decline over year-earlier figures, while the 63.748 intermodal units marked a 5.7% decrease. A week earlier, overall traffic was down 6.2% and intermodal traffic was 20.9% from 2020 figures.