Neighborhood 91 facility's new 3D printer is one of just four in U.S. 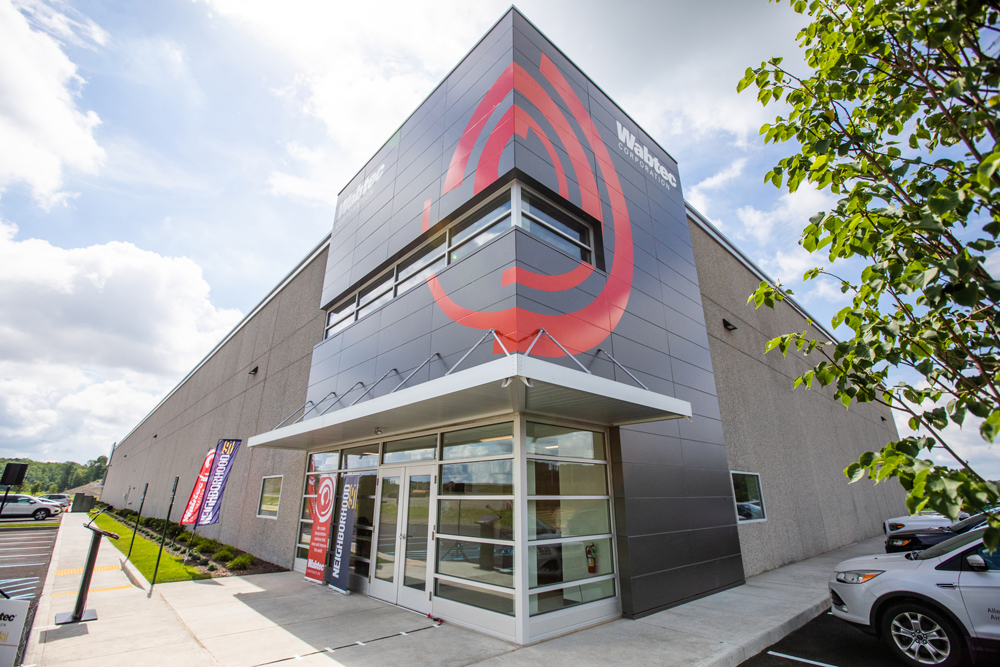 PITTSBURGH, Pa. — Wabtec has upped its commitment to additive manufacturing with a new 11,000-square-foot facility at the Pittsburgh Airport Innovation Campus in an area dedicated to 3D printing technology. Wabtec has already achieved breakthrough component designs for both freight locomotive and rail transit applications.

The SLM 800 is the big brother to Grove City’s SLM 280. These machines use the direct metal laser melting process to fuse metal powder, layer by layer, to form a three-dimensional object. They allow newly engineered component designs, with complex internal shapes and channels, which would be costly or impossible to produce with traditional methods.

Anthony Mott, additive manufacturing leader, explains that the Grove City facility works with non-reactive materials, while the Pittsburgh lab handles reactive metals such as aluminum and titanium. Aluminum reacts with water and titanium burns in the presence of oxygen, so these metals require stringent safety measures.

The lab designed a heat exchanger that reduces the temperature of the air by several hundred degrees. Mott says it’s “something that you wouldn’t be able to do any other way.” When finalized, it will be produced in volume on the SLM 280 machine in Grove City.

Another product in testing is a pneumatic brake panel, used in transit vehicles. Currently produced from several pieces of milled aluminum and assembled in an oven, it’s a labor-intensive process. “Instead, we’re printing it all as a consolidated piece,” says Mott. The brake panels will be produced on the SLM 800 at the technology campus.

The SLM 800 machine is equipped with the SLM HUB Automatic Unpacking Station, which flushes excess metal powder from the component after it’s printed, recycling it back to the printer. “There’s only one of those in the United States and we have it here,” Mott tells Trains.

The HUB increases automation and improves safety in the manufacturing process by reducing exposure to residual powder.

Wabtec sited its new facility in the airport campus to take advantage of the concentration of additive manufacturing firms located there. “This area is really the hotbed of additive,” says Mott. “It really comes to the partnerships with the local industry members as well as academic partners.” The additive manufacturing center on the campus, called Neighborhood 91, was developed in conjunction with the University of Pittsburgh. Wabtec also has a partnership with Pittsburgh-based Carnegie Mellon University.

Mott explains the benefits of collaboration, including cost reduction, knowledge sharing, and a tighter supply chain. “Because additive manufacturing is such an ever-evolving industry, we’re watching the progress happening right in front of us,” he says.