Wabtec CEO says results from 13,000 miles of testing in California show technology can be a 'game changer' 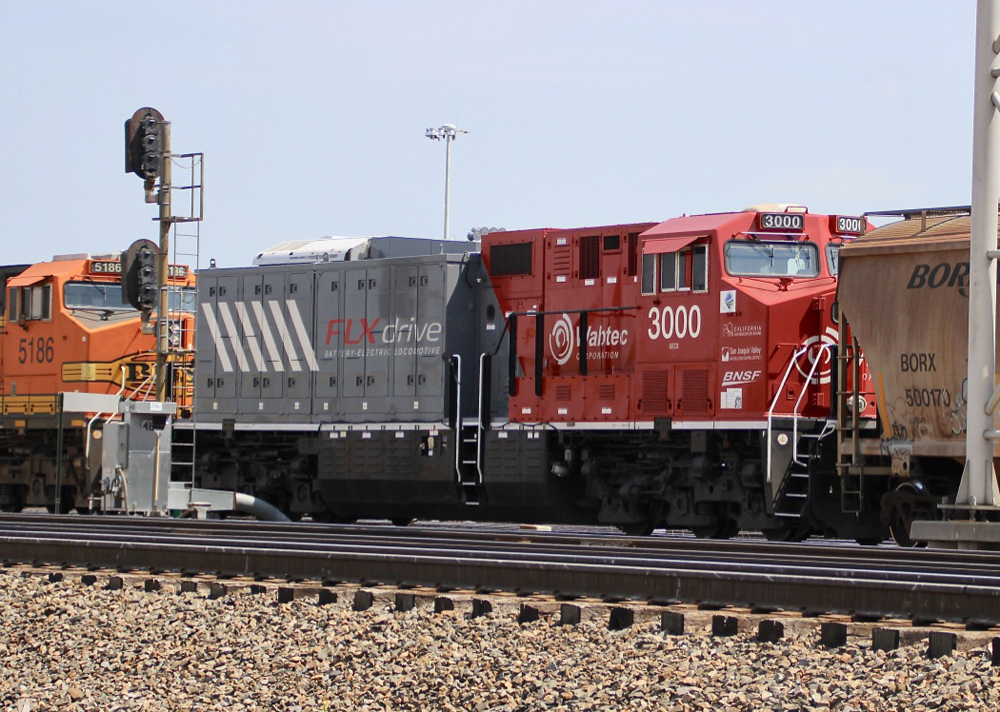 Initial test of Wabtec’s FLXdrive battery-electric locomotive have concluded, with both the manufacturer and testing partner BNSF Railway saying the locomotive’s revenue testing in Southern California — which covered more than 13,000 miles — indicate the promise of the technology.

During Wednesday’s quarterly earnings call — as the locomotive was making its way back to Erie, Pa., with the conclusion of testing — Wabtec CEO Rafael Santana said the locomotive “was able to reduce both fuel consumption and emissions by more than 11%, a game-changer in decarbonizing rail. We continue to see growing interest in this next-gen technology from customers in both North America and internationally. … We expect a battery-electric to be part of long-term growth with the company.”

Santana said Wabtec is having “some strong discussions with customers” about the technology, which “combines with a strong focus on from the ESG side. And I think the FLXdrive is a very unique product to address these challenges.” An increasing focus on corporate environmental, social, and governance issues is reflected at a number of railroads, including Canadian Pacific — which is developing a hydrogen fuel-cell locomotive — and Canadian National, which has been ranked among the world’s 100 most sustainable corporations.

BNSF spokeswoman Amy Casas said “the 100-percent battery-electric locomotive pilot with Wabtec met our expectations for efficiency performance and confirmed that we will continue to explore the potential of this technology.” Casas also said more detailed reports on the locomotive’s performance will be released in the coming months, as required by the $22.6 million grant from the California Air Resource Board and San Joaquin Valley Air Pollution Control Board that helped fund the project.