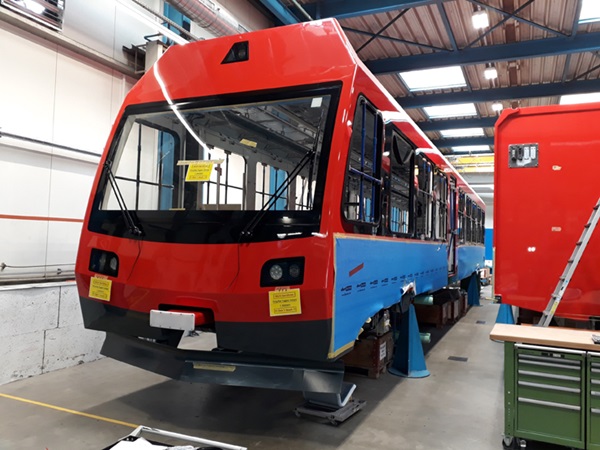 The railroad first shared these images with Trains News Wire of the units, being built by Stadler.

The new cars are due to be delivered this winter for testing. The railroad is scheduled to reopen in May 2021 after a $100 million rebuild of the entire operation, including its existing fleet of DMUs.

The 8.9-mile railroad recently passed the halfway mark in its track reconstruction [see “NC Transportation Museum to host 611 events …,” Digest, Sept. 11, 2020]. Work began in June at the top so that material came come up from below. Trackwork is expected to be finished by the end of the year. The work includes changing the cog system from ABT to Strub.