Car currently on display in Queens goes for $235,700 in auction 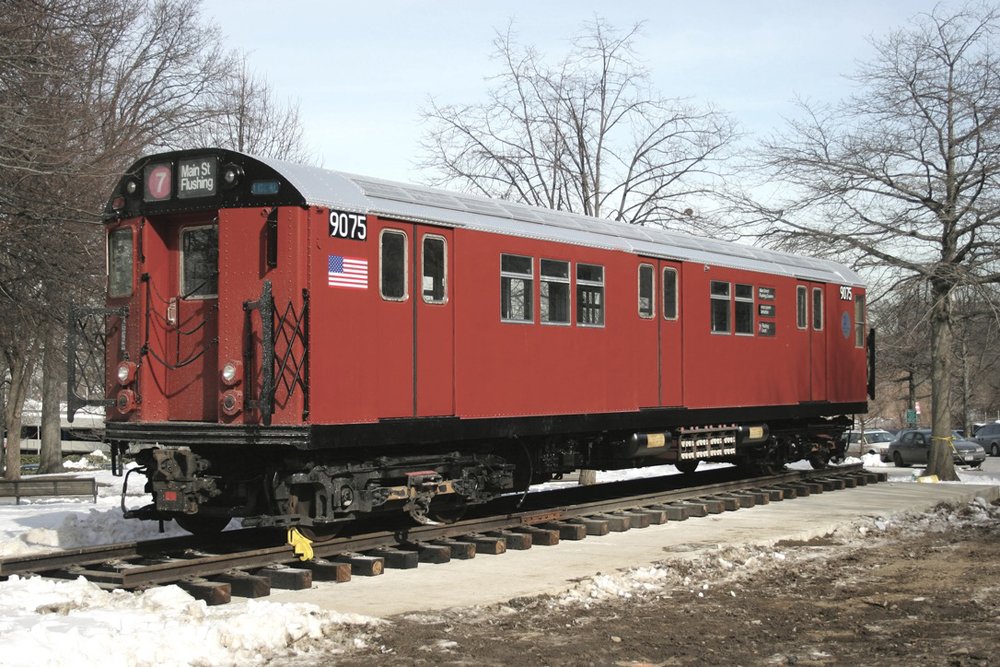 NEW YORK — The subway car termed “The Last Redbird” has been auctioned off for almost a quarter-million dollars by the City of New York.

A bidder using the name “House32” won the car for $235,700, and has five days to claim and remove it. Bidding had opened on July 21 at $6,500; the Department of Citywide Administrative Services received a total of 47 bids.

The car is part of a fleet of R-36 (married pair) and R-33 (double-ended single cars) built between 1962 and 1964 by the St. Louis Car Co. While the nickname reflects the red paint scheme they eventually carried, many of the cars were delivered in teal, white, and black, first entering service in 1963 as the “World’s Fair” cars on the Flushing Line next to Flushing Meadows Park. The last of the cars was retired with a special “farewell run” on Nov. 3, 2003.

The cars were being phased out in 2001 when 714 were used in a program to create artificial reefs for aquatic life. Many were sunk off the coast of Cape May near the southern tip of New Jersey, a sad sight for aficionados.

Other cars have been preserved at the Illinois Railway Museum, the Seashore Trolley Museum, and New York Transit Museum. The cars are sometimes operated in non-revenue moves and movie shoots.