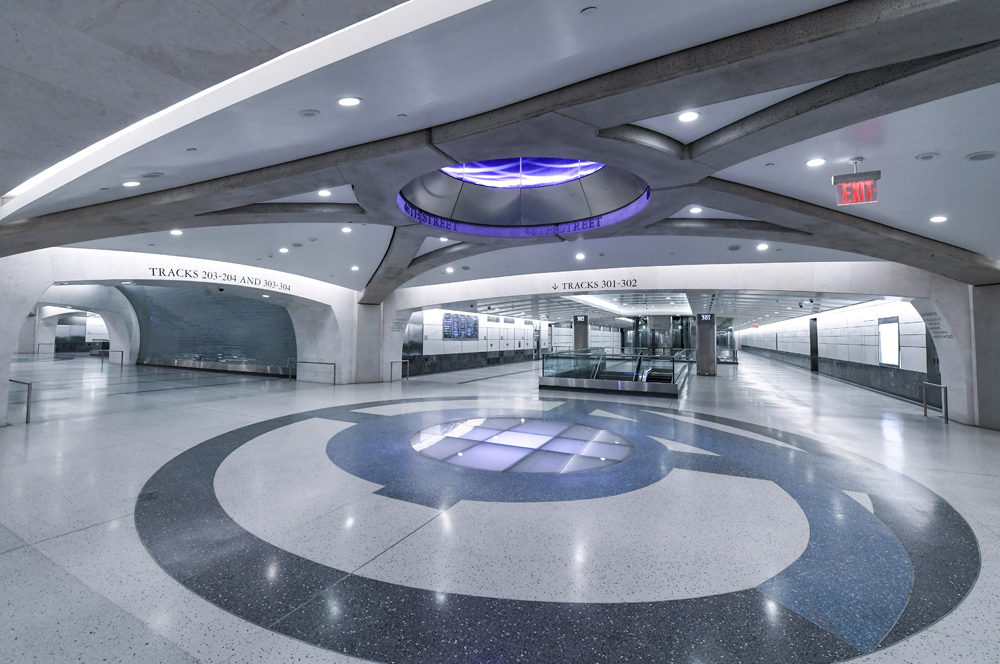 NEW YORK — More than a decade after it was first projected to begin — and after more than three weeks of ventilation-fan issues that delayed a final effort to open before the end of 2022  — New York’s Metropolitan Transportation Authority will open its East Side Access project on Wednesday, bringing Long Island Rail Road service to a new station beneath Grand Central Terminal.

The $12.2 billion project was at one time projected to open in 2009 at a cost of $3 billion. Current MTA management had vowed to begin service in 2022 as part of a revamp of LIRR operations that will see 55% of trains continue to serve Penn Station while 45% go to the new facility. But efforts to make a ventilation fan move enough air to meet building codes, because of conflicting air movements from ventilation from existing fans at Grand Central Terminal, had stalled the effort [see “Ventilation fan effort continues to delay …,” News Wire, Jan. 12, 2023].