Locomotive could still see service this season, depending on results of test 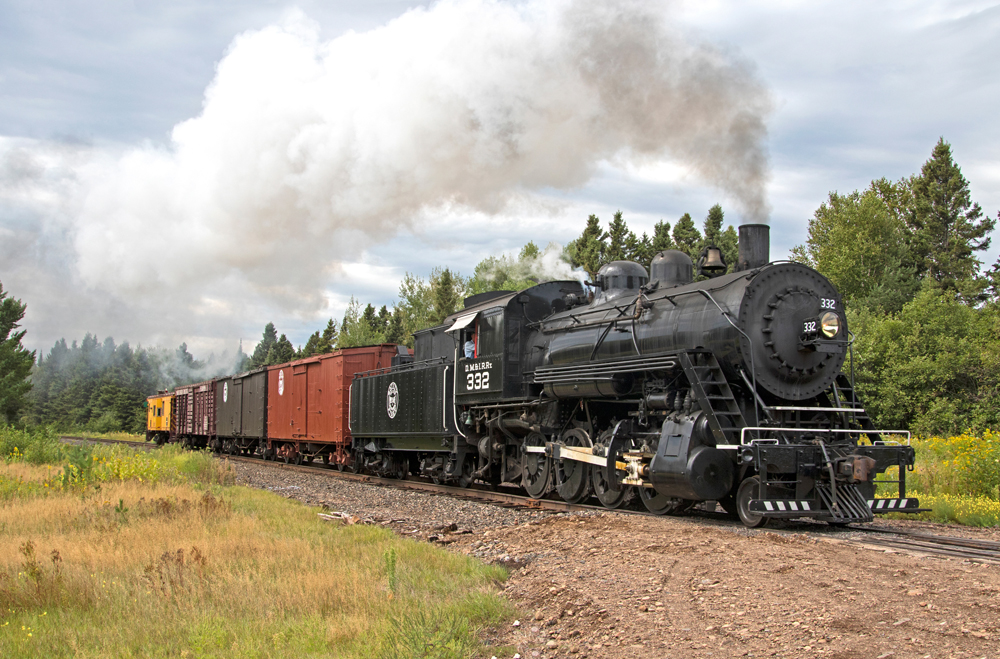 DULUTH, Minn. — The Lake Superior Railroad Museum is moving ahead with repairs to return Duluth, Missabe & Iron Range 2-8-0 No. 332 to service. Repairs are being made to the firebox of the locomotive, where a crack had developed near an old weld. The museum plans to remove this and another existing weld in the firebox and replace them with new welds. After an inspection by a Federal Railroad Administration, another potential problem weld was found under the firebox doors, and this too will be corrected.

No. 332 last operated in 2019; plans to operate it in 2020 were abandoned due to the COVID-19 pandemic. Inspections to return the locomotive to service this year led to the discovery of the problem welds. Boiler work on No. 332 is being conducted by Fraser Shipyards of Superior, Wis. Founded 130 years ago, Fraser has worked on Great Lakes ship boilers for decades and has occasionally done work on steam locomotives and other high-pressure boilers. The museum’s plan for firebox repairs has been approved by the FRA.

Museum Executive Director Ken Buehler told Trains News Wire that repairs are underway and a hydrostatic test on the boiler will be conducted next week. If the locomotive passes the tests, it will be fired up later this month or in early September. He said the museum hopes to have No. 332 pull a few trips on the museum’s North Shore Scenic Railroad before the season ends in October, although no trips have been scheduled due to the uncertainty of the locomotive’s status.

American Locomotive Co.’s Pittsburgh Works built the engine in 1906 for the Duluth, Missabe & Northern as No. 332. It was operated by DM&N successor Duluth, Missabe & Iron Range Railway as No. 332 until 1955, when it was sold to short line Duluth & Northeastern and renumbered 28. The locomotive remained in service on D&NE until 1964. It was donated to the museum in 1974 and was returned to service in 2017. In 2019 it was restored to its DM&IR appearance and renumbered back to DM&IR 332.