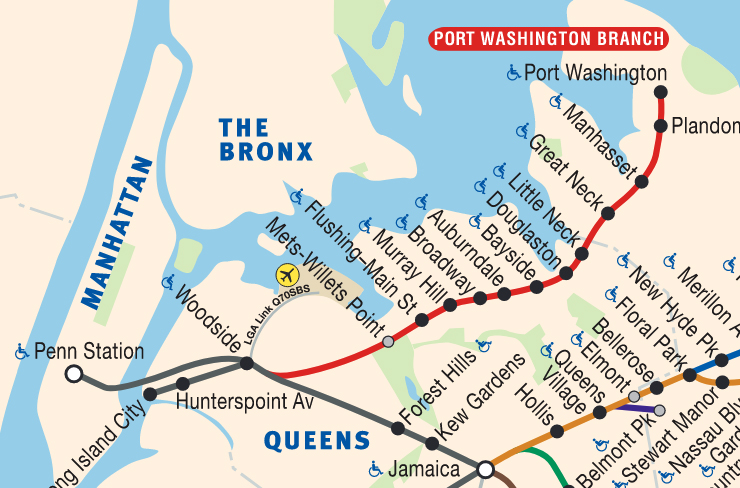 Those changes will come as part of system-wide LIRR schedule revisions when the commuter railroad begins its East Side Access service to the new Grand Central Madison concourse at Grand Central Station — meaning for the first time some LIRR trains will go to Penn Station and some to Grand Central, instead of all having Penn as a destination.

The draft schedule released earlier this year would have done away with express service from the Port Washington Branch to Penn Station, much to the dismay of some riders. The revised schedule will include three morning express trains and three in the evening.

“I am pleased that our service planners were able to find ways to create express service within the envelope of existing train and track capacity constraints,” LIRR Interim President and Metro-North Railroad President Catherine Rinaldi said at a Wednesday press conference. “The true key to the addition of future service increases is expanding track capacity at Port Washington Yard.” She said the Town of North Hempstead had agreed to work with officials “to advance this long sought-after project that is the bottleneck to having more service on the branch.”

State Sen. Anna M. Kaplan said in a statement that thousands of people had responded to a survey by her office and attended public meetings about the proposed schedule changes. “We applaud the MTA and LIRR for hearing our concerns and restoring three out of the four morning and evening express trains to Penn Station that we asked for,” she wrote, “but there is still more to be done … In order to further expand service capacity on the Port Washington line, the MTA and the Town of North Hempstead must find a path forward to expand rail yard infrastructure at the Port Washington station.”

Even without expansion of the yard, an MTA press release says the revised draft timetables add 10 more trains each weekday, representing a 14% increase in service on the branch.