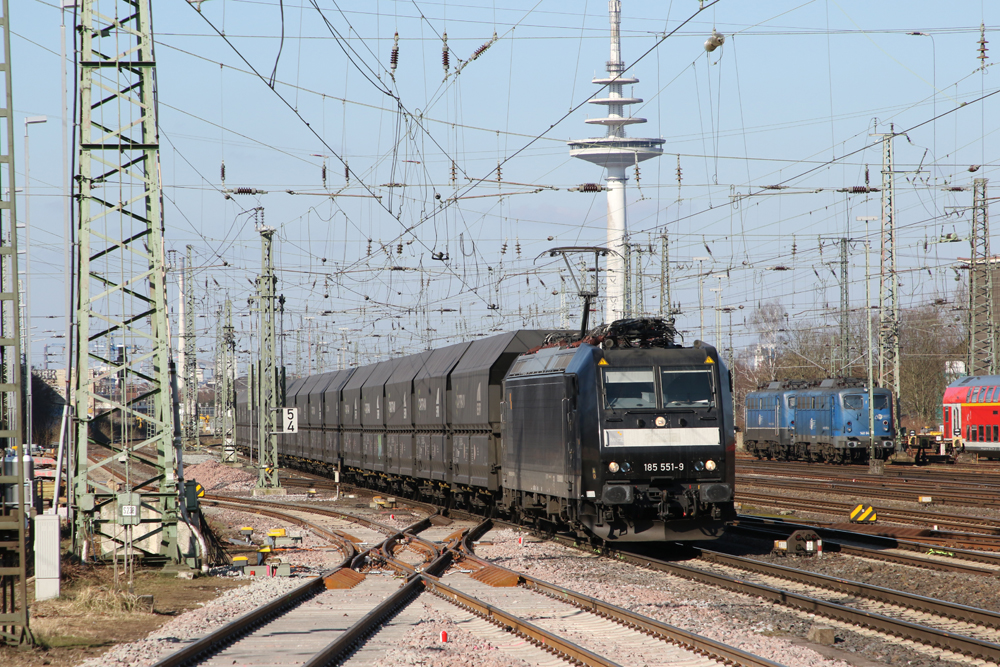 German rail network operators will be able to override existing contracts to prioritize the transport of oil and coal for power generation — potentially delaying passenger and other freight service — under a draft emergency law published last week by the German government.

The rule also covers moves of heavy equipment, such as transformers, needed for power. It will mostly affect the tracks belonging to state-owned company DB Netze [Networks].

The decision, if implemented, would be unprecedented in peacetime. It reflects a combination of the ongoing energy impact resulting from Russia’s invasion of Ukraine, plus a very hot summer in Europe. Resulting water levels in rivers like the Rhine mean the hundreds of ships which normally operate daily, carrying bulk commodities like fuel, are unable to operate or can only do so reduced capacity.

Prolonged hot weather has reduced the Rhine from around 2.25 yards deep in its shallowest areas to around 14 inches. Even if the flat-bottomed ships can navigate such shallow water, they cannot carry a worthwhile amount of cargo to make their operation economical. Other major rivers have seen similar falls in water levels. Whenever this has happened before, rail freight has been the big winner, picking up extra business. The problem this time is that there is an upsurge in fuel-related transportation as well as potential shortfalls in electricity or diesel supplies to power trains.

Prior to the Russian attack on Ukraine, Germany was the biggest buyer of Russian natural gas. This has changed dramatically already and is set to further change. The German government now has a policy to no longer buy Russian gas by mid-2024; in the short term the Russians have restricted supplies to Germany and several other countries this summer. Long-term, Germany plans to import gas in liquified form from multiple sources, but in the short term there is insufficient storage space.

Germany had previously decided to abandon nuclear power (following the Fukushima accident in Japan in 2011) and to phase out coal power plants as well. While the few remaining nuclear plants may stay open an extra year or two, there is no doubt more coal will be burned in Germany to generate electricity – which most of the rail network relies on to power trains. Much of the additional coal will be imported, as Germany has closed most of its mines, retaining only lignite/brown coal open-cast pits operated directly by energy utilities for power plants nearby [see “U.S. coal export outlook remains strong …,” Trains News Wire, June 21, 2022].

The new German law gives the rail network operator and regulators legal powers to disregard existing contracts and to prioritize trains carrying fuel such as oil or coal. However, the government knows the impact could be considerable on a system where train paths have to be pre-ordered a year in advance, and where complex passenger timetables enable — in theory, at least – hourly connections between multiple routes. Other freight trains could potentially be cancelled as a result.

Therefore, new law calls for consensual rearrangement of schedules where possible, and says the prioritization powers can only be used in “exceptional circumstances.” These are defined as situations where, for example, an oil refinery might run out of unrefined oil, or where a coal-fired power station critical to the national electricity grid has exhausted its normal supply and is going to have to use emergency stocks.

The new legislation allows for compensation to be paid on a fixed basis to train operators who have trains cancelled completely rather than simply rescheduled. The new law lasts six months, although German industry commentators are divided on its merits, and whether it will be used at all.

— Updated at 12:55 p.m. CDT to clarify that decision-making regarding priorities rests with rail infrastructure owner.