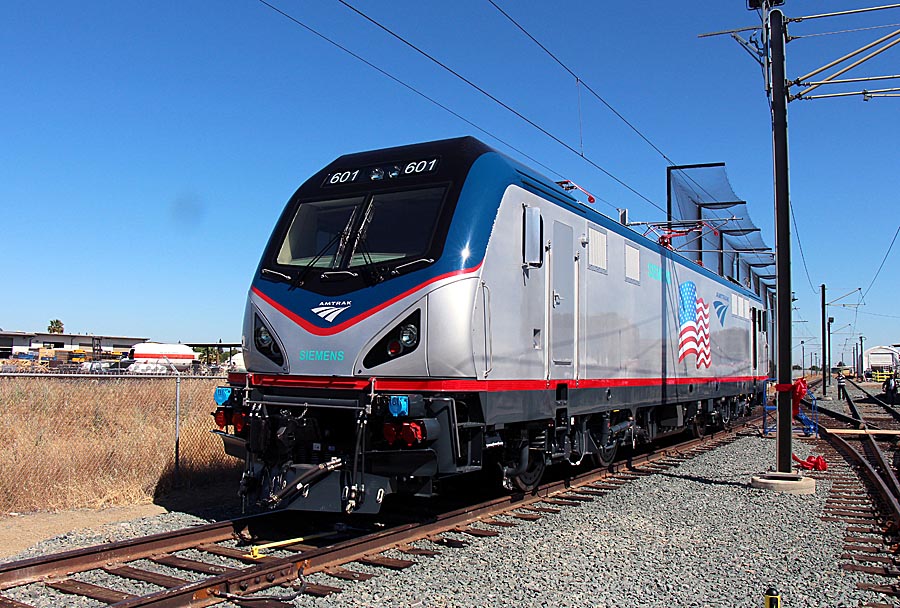 Amtrak ACS-46 No. 600 at the Siemens plant in Sacramento.
David Lustig 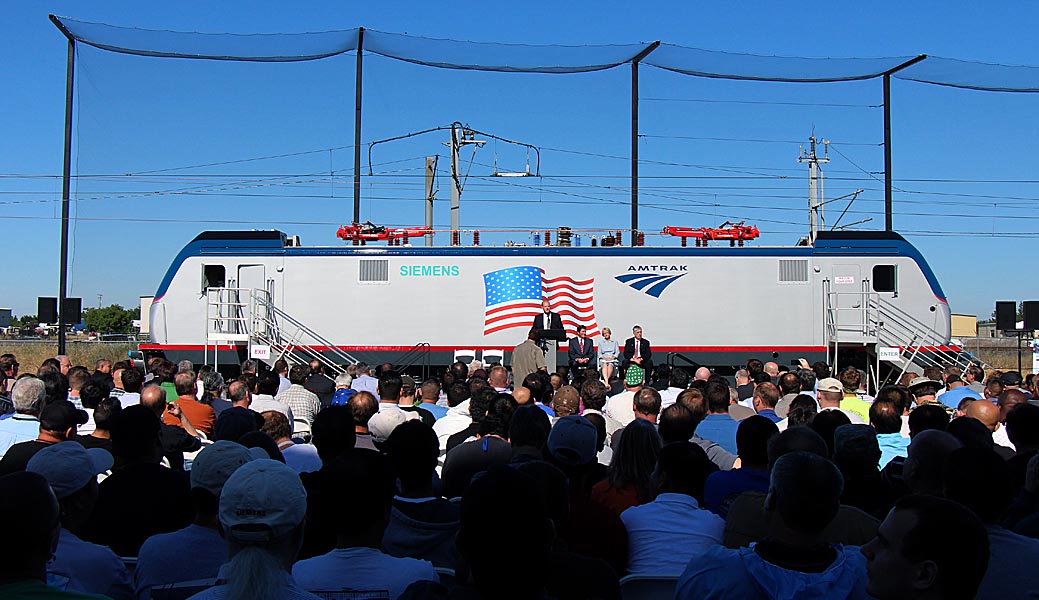 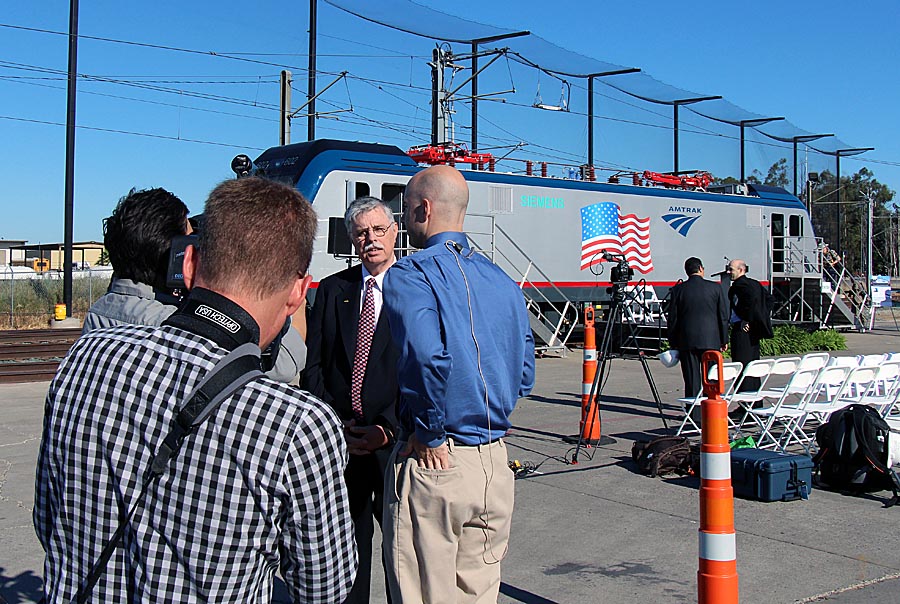 Amtrak President Joe Boardman gives an interview for local media with one of the new locomotives as a backdrop.
David Lustig
Amtrak and Siemens have unveiled the first three of 70 8,600 hp Siemens “Amtrak Cities Sprinter” ACS-64 electric locomotives for service on the Northeast Corridor. Amtrak’s $466 million for the 70 new locomotives dates to 2010 and is the railroad’s first new passenger power since 2001.

They will be numbered in the 600-series, like the earlier GE E60CP and current Bombardier/Alstom HHP-8 passenger electric locomotives. However, sources at Amtrak have said the new locomotives may not be consecutively numbered.

Three locomotives were on display at the media event, Nos. 600-602. Two units, Nos. 600 and 601, will travel to Pueblo, Colo., for testing at the Transportation Technology Center, Inc. test track. No. 602 will travel directly to the Northeast Corridor for testing. The locomotives are expected to leave Sacramento in about a month. Once the first units are certified, Siemens expects to deliver about 2 locomotives per month through 2016.

The Sacramento plant also assembles Siemens’ light rail vehicles for the North American market. In total, 69 plants in 23 states have a part in the production of the new locomotives.