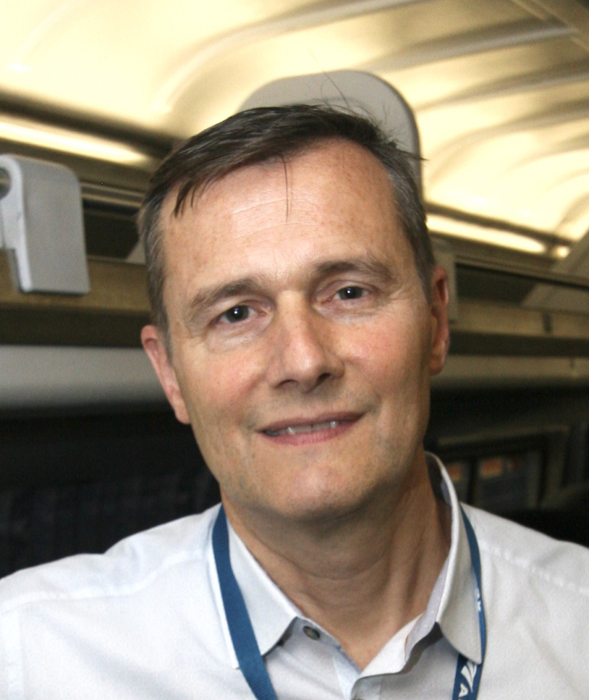 WASHINGTON — Amtrak has once again split the positions of chief executive officer and president, with CEO Stephen Gardner announcing the appointment of Roger Harris as president and the promotion of Gerhard (Gery) Williams to executive vice president, service delivery and operations.

The appointments are effective July 5.

“Amtrak has entered an exciting new era of growth and development, with more opportunities than ever before,” Gardner said in a press release, adding that the new appointments by the Amtrak board “will help the company accelerate our progress in recovering, growing and transforming the business.”

Harris has served as chief commercial officer since April 2019. As president, he will report to Gardner and lead coordination of operations, marketing, customer service, network planning, and other functions.

Williams will report to Harris, as will Dennis Newman, executive vice president, strategy and planning, and a new chief commercial officer, when one is hired.

Williams succeeds Scot Naparstek, who is retiring after 10 years with Amtrak, including five in his current role, and oversaw safety improvements such as the company’s implementation of positive train control. Williams has served as senior vice president, service delivery and operations, since January. He joined Amtrak in 2017 as vice president and chief engineer, responsible for maintenance and construction of infrastructure assets including the Northeast Corridor.

The president and CEO positions had been held by the same individual until November 2020, when Flynn named Gardner as president [see “Amtrak names Stephen Gardner as president,” News Wire, Nov. 30, 2020]. Originally, president was Amtrak’s highest-ranking position; it was combined with the CEO title during the 2008-2016 tenure of Joseph Boardman.