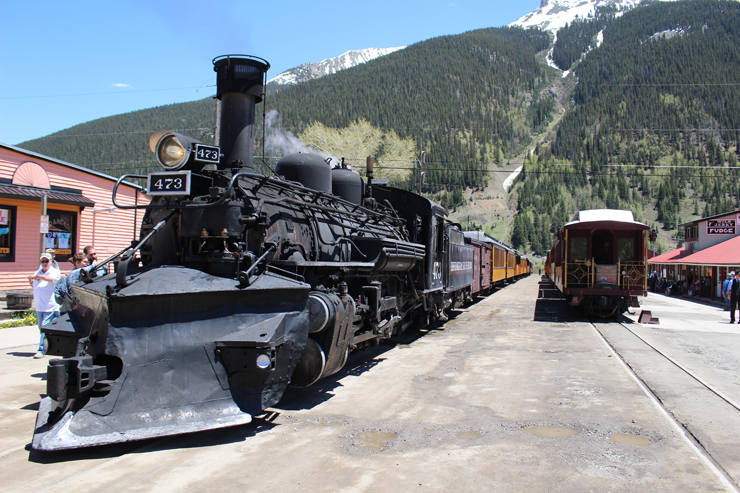 The MP2000NG locomotives will feature 2,000 horsepower CAT engines with General Electric 764 traction motors capable of pulling a loaded, eight-car train along the 45-mile route between Durango and Silverton. Railroad officials expect both locomotives to arrive in Colorado in Spring 2019.

The announcement the D&SNG had inked a deal for two new diesel locomotives comes weeks after it was revealed the railroad was looking to supplement its current fleet of coal-powered 2-8-2s. Earlier this summer, the D&SNG was shut down for six weeks after a wildfire started near Hermosa, Colo. Although the cause of the fire remains under investigation, witnesses say they believe it started from a spark from one of the coal-fired steam locomotives.

Allen C. Harper, co-owner, chairman, and CEO of the railroad says the new diesels will come in handy during summers like this one when it’s too dry to run steam.

“Because of long-term drought conditions and changing climate patterns in Southwestern Colorado, the D&SNG must constantly evaluate and modify its business strategy and operations to ensure it can safely run all year round and in a variety of seasons and weather conditions,” Harper says. “As a result, the D&SNG will evaluate where to integrate these MPES engines into its operating schedule, and use them for various excursions and special events throughout the year.”

Along with the two diesels, the D&SNG is currently restoring former Denver & Rio Grande Western 2-8-2 K-37 No. 493 and converting it to burn oil.

The diesel locomotives will be painted forest green and will delivered as Nos. 416 and 550, a nod to the firefighters who battled the 416 Fire earlier this year and Highway 550 that connects Durango with Silverton.

David Wilkerson, president and CEO of MPES, says he is excited to start working with the railroad on the new locomotives.

“MPES has a long, proven track record of success in the design, fabrication, and delivery of high-quality specialty transportation products for a diverse collection of rail companies around the world, including heritage scenic lines like the D&SNG,” Wilkerson says.

The Motive Power & Equipment Solutions website lists several types of MPES locomotives available for sale, including 1,800-hp versions, but nothing in the 2,000-hp-range or in narrow gauge.