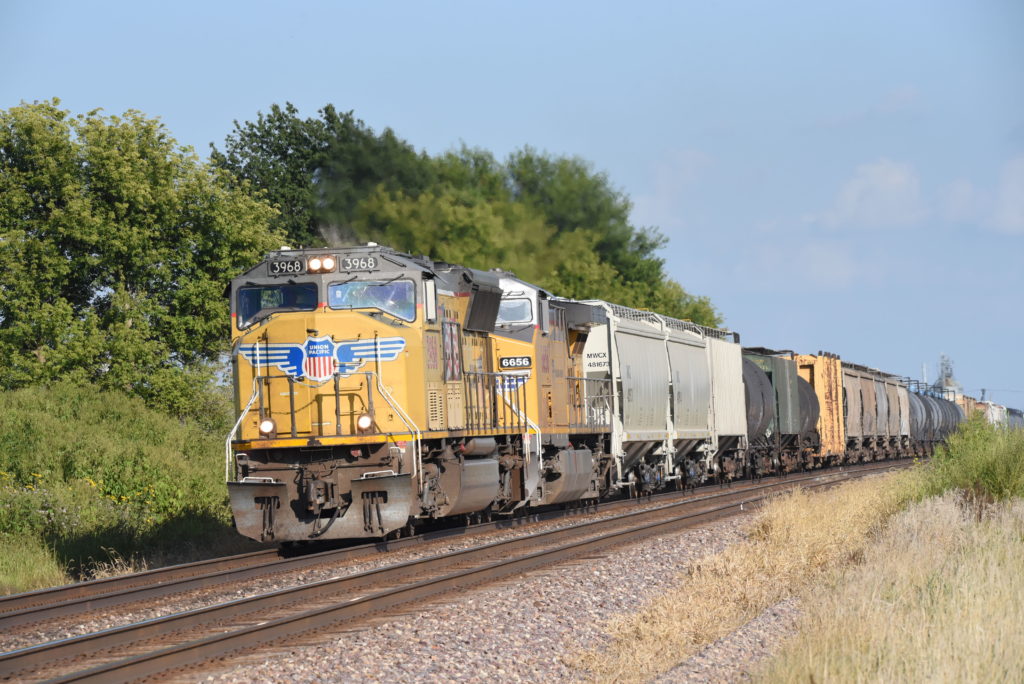 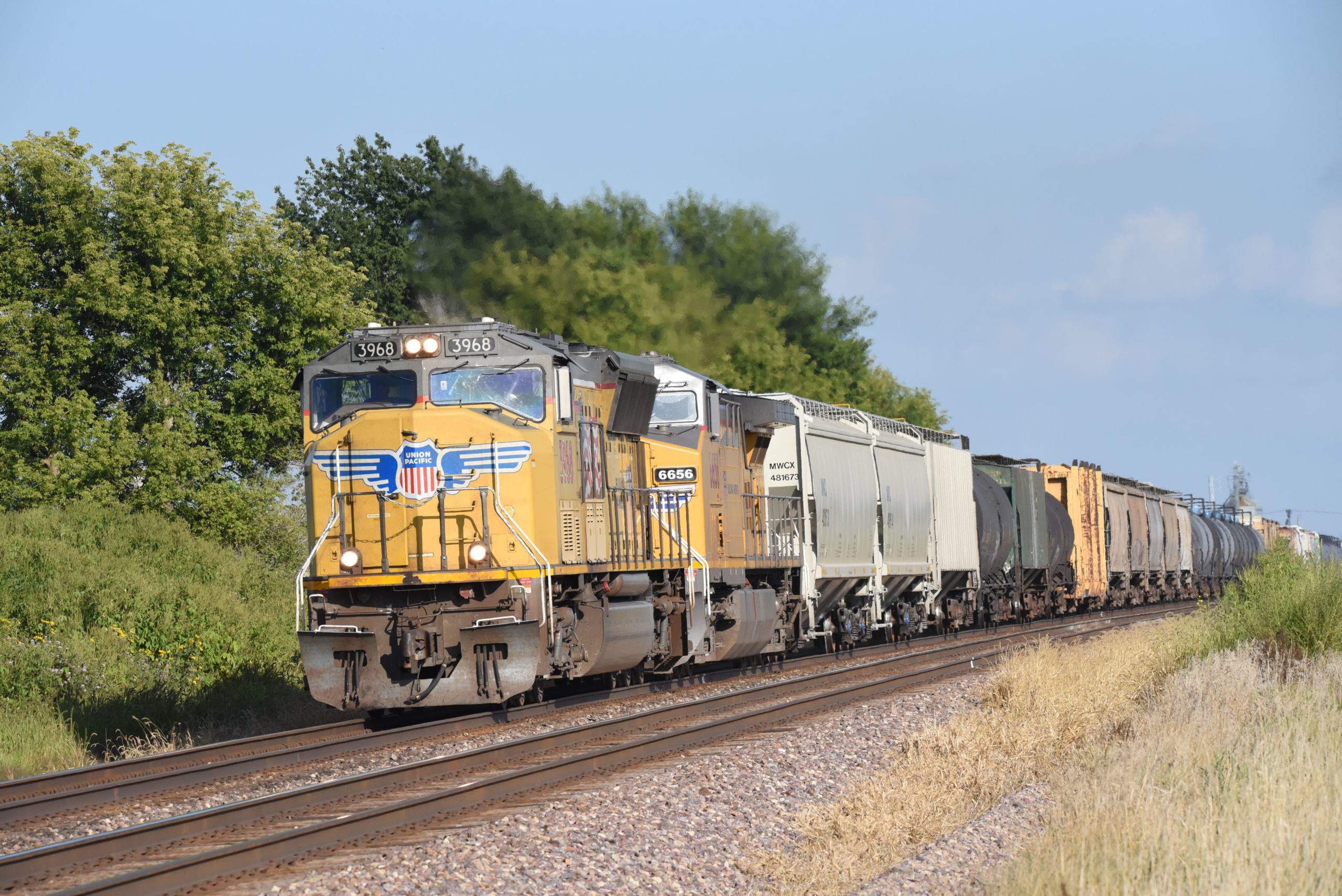 UP forecasts single-digit growth in 2019. This westbound mixed freight is in eastern Iowa.
Trains: Jim Wrinn
Executives from the six publicly traded Class I railroads expect 2019 to be another solid year for traffic and revenue growth amid a relatively strong economy.

In most cases, the railroads expect this year to be a replay of 2018, when traffic was up 4 percent at five of the big six Class I systems. The lone outlier last year was CSX Transportation, which grew 1.5 percent, with the slower growth largely due to the trimming of its intermodal network in late 2017.

“Over the past few days, I have spoken to a number of large customers across different industries. General customer feedback has been positive and it’s consistent with the demand levels we are seeing today,” Foote said on the railroad’s Jan. 16 earnings call. “While it’s hard to ignore the volatility in equity markets, I cannot call out any trend in our business today that would point to a significant slowdown in our business.”

Norfolk Southern has not yet released its outlook for 2019 because it has an investor day scheduled for Feb. 11. But Chief Marketing Officer Alan Shaw told investors and analysts on the railroad’s Jan. 24 earnings call that freight demand remains strong for intermodal traffic and export coal and that he’s excited about growth prospects for this year.

In the West, Union Pacific’s sentiments echoed those of CSX.

UP CEO Lance Fritz noted economic slowdowns in China and Europe, as well as ongoing potential negative impacts of trade disputes and increased tariffs. “Having said that, we have touched base with our customers and continue to do so. And as we look at the economic indicators in the United States, we still see support for what we consider low single-digit volume growth. And we’re poised to be agile if that doesn’t happen, but it feels like the U.S. continues to plug along,” Fritz said on the railroad’s Jan. 24 earnings call.

UP expects continued growth in intermodal, plastics, chemicals and other industrial products, auto parts, as well as food and refrigerated business.

Kansas City Southern, the smallest of the Class I systems, predicts volume growth of 3 to 4 percent this year, led by its Mexico cross-border traffic. KCS executives have a favorable outlook for 65 percent of the railroad’s traffic, including chemical and petroleum, automotive, and intermodal. They expect flat volume for 35 percent of traffic, including industrial and consumer, agriculture and minerals, and energy shipments.

BNSF Railway, a unit of Berkshire Hathaway, is scheduled to release its financial results alongside its parent company next month.