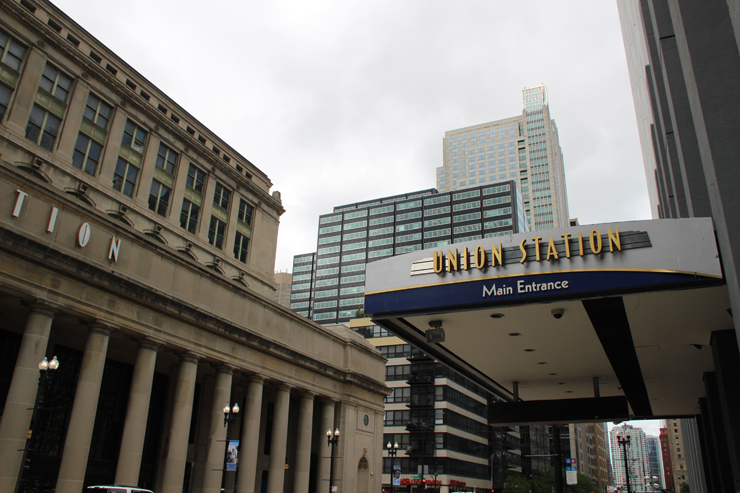 The Surface Transportation Board is once again being asked to settle a dispute between Amtrak and Metra over rent at Chicago Union Station.
TRAINS: David Lassen

CHICAGO — Declaring the matter at an impasse, Amtrak has asked federal regulators to determine compensation and terms over Metra’s lease at Chicago Union Station.

In a filing with the Surface Transportation Board, Amtrak declared that despite “protracted negotiations” that have been conducted for more than a year, “parties cannot come to an agreement.”

Although the current lease is set to expire on July 29, no disruption of service or other operational changes will occur at the station, spokesmen for both sides say. Amtrak has asked the STB to issue an interim order so Metra will continue to use the facility under an agreement that dates back to 1984, but which has been amended several times.

According to a letter from Amtrak to Metra, Amtrak says there is a “significant, material gap between our respective views of ‘fair share’” costs at the station, and there are “methodological and philosophical differences between us on how that fair share should be calculated.”

In a statement, Metra said the agency “is seeking the best deal for its customers and for the taxpayers of northeastern Illinois. We agree that requesting the involvement of the Surface Transportation Board at this juncture is appropriate and we look forward to making our case there.”

Metra is the prime tenant at Union Station, which hosts roughly 41 percent of Metra’s passengers traveling to and from the downtown Chicago area, according to a filing with the STB. An average of approximately 109,520 passengers ride 286 weekly Metra trains on six separate routes to and from Union Station.

Metra calls Union Station “the backbone” of its commuter rail service, “and access to the station is essential to Metra, its customers, and to efficient transportation in the greater Chicagoland area.”

But the two sides are at odds over the amount of rent Metra should pay. The annual rental fee from Metra to Amtrak was $9.66 million in fiscal year 2018. Chicago media reports say Amtrak seeks to increase that rent by several million dollars, as well as receive a firm commitment by Metra to contribute to upgrade facilities. But Metra reportedly wants to cut its rent to less than $7 million a year.

Other costs are involved as well.  According to an Oct. 5, 2016, memo from then-Executive Director Don Orseno to Metra’s board, Metra’s financial contributions to Union Station from 1984 to 2016 totaled $365 million. This included $229 million in rent, $130 million in capital improvements from 1984 to 2018, and a $6 million liability risk charge.

The issue of Metra taking control of Union Station has also been raised. Amtrak has rejected a proposal to let Metra take over operations or ownership of the facility, even though 90 percent of all trains that use the facility are Metra’s.

Metra CEO Jim Derwinski has said it is important for Metra to “have control over our own destiny” but that Amtrak has refused to give up operational control of Union Station.

Amtrak contends that Metra should be paying more because its use of Union Station has increased significantly over the years, and because of the cost of capital investments it has made at the iconic facility.

According to a July 22 letter from Amtrak Assistant Vice President Thomas Moritz to Metra Deputy Executive Director John Milano, “Amtrak’s position remains that Metra has benefitted from an outdated and inadequate 1984 contract that has failed to account for significant increases in its rail traffic and passenger counts at CUS.”

The letter said Amtrak is encouraged that a Metra counterproposal approaches Amtrak’s in several key areas. It said a consulting firm hired by Metra arrived at fairly similar figures for dispatching and maintenance of way costs.

“But there is still a gap between Amtrak’s proposals in these areas and Metra’s counter-proposal, and more significant gaps in other cost categories, including operating expenses, policing, liability and overall capital investment,” the letter states.

Regarding the extensive renovations that have been conducted at Union Station’s Great Hall, the letter said that any of these capital expenses will be solely Amtrak’s.

Last August, the STB rejected a petition from Metra to to step in and resolve the disagreement over Union Station, saying the action was “premature.” [See “STB won’t step in — yet — to resolve Chicago Union Station dispute,” Trains News Wire, Aug. 27, 2018.]

In that petition, Metra also contended that Amtrak had improperly merged Union Station into itself without STB approval. [See “Metra askes STB to intervene in dispute with Amtrak in Chicago,” Trains News Wire, April 10, 2018.]

Since then, the U.S. Senate has confirmed former Metra Chairman Martin Oberman to fill a Democratic seat on the STB board. Oberman told Trains News Wire he has recused himself from the matter.