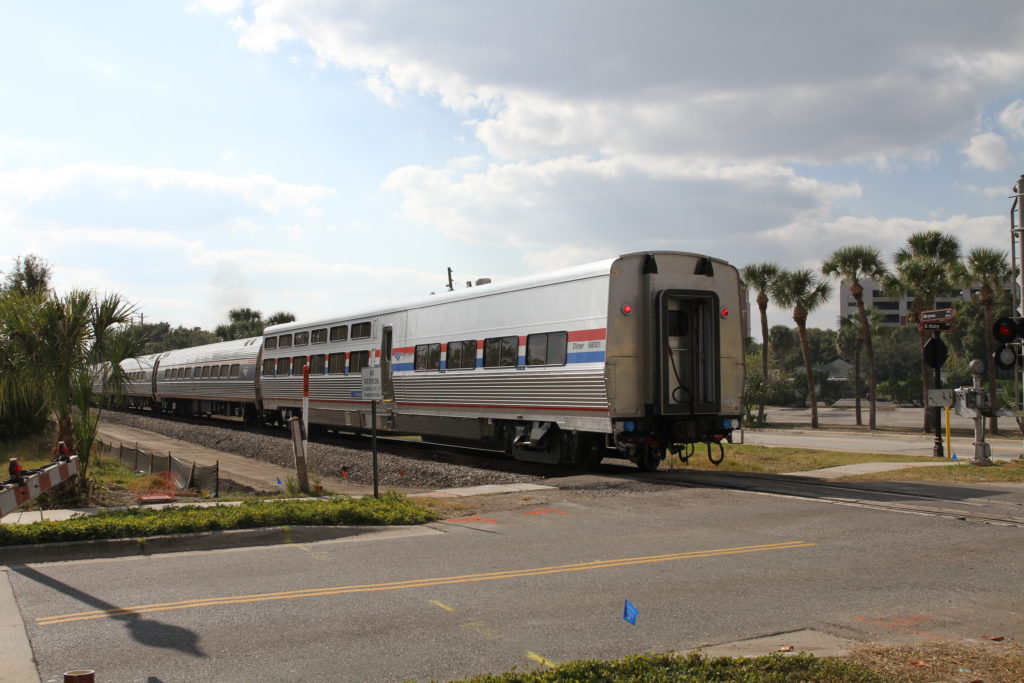 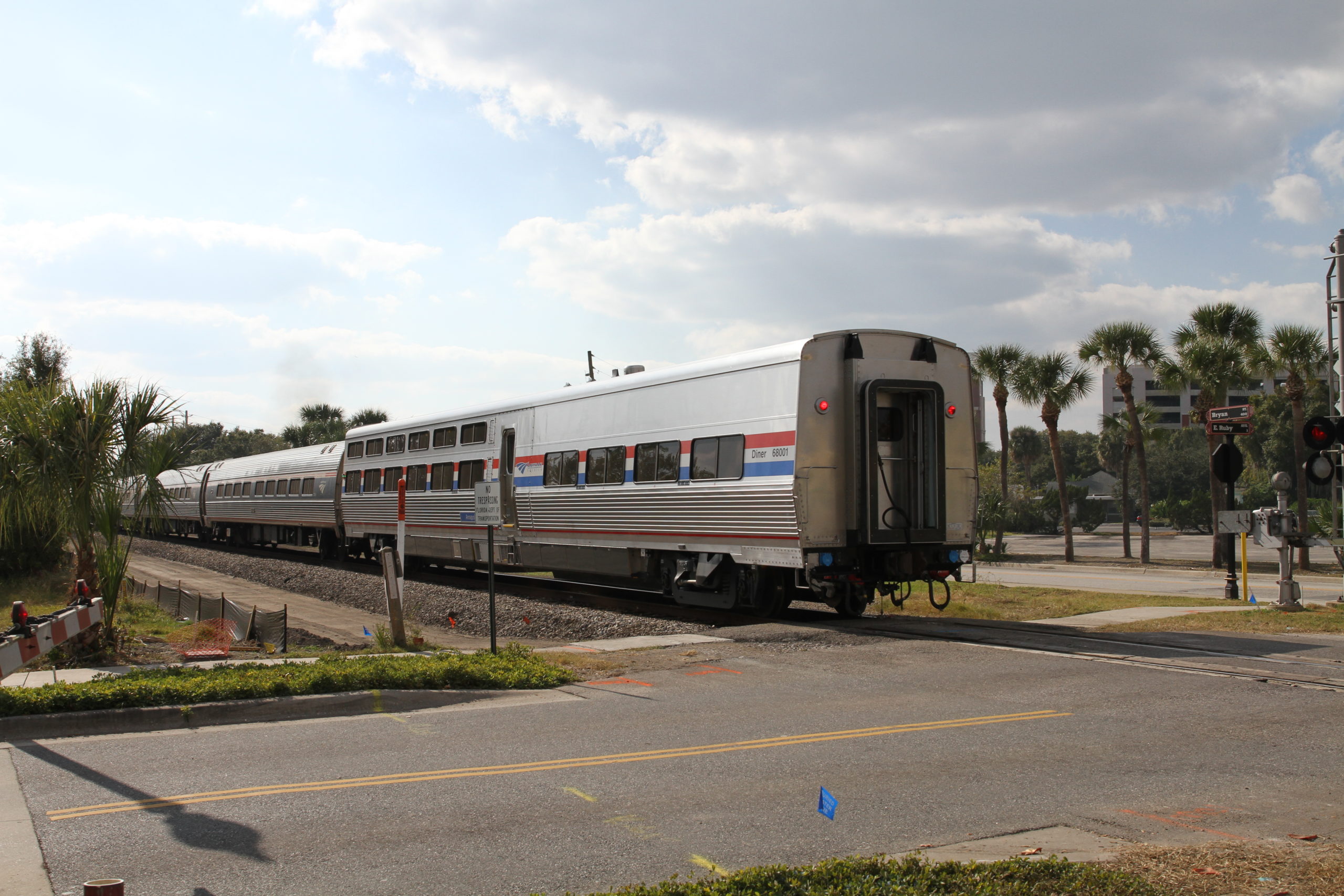 Viewliner II dining car Annapolis deadheads on the rear of the southbound Silver Meteor at Kissimmee, Fla., on Nov. 18.
Scott A. Hartley
MIAMI — Amtrak employees will soon train in the newest dining cars on the continent now that the first of 25 new Viewliner II dining cars has arrived at Amtrak’s Hialeah Maintenance Facility north of Miami. Production problems at the CAF USA plant in Elmira, N.Y., delayed the cars more than two years after they were scheduled for delivery.

As was the case with the 70 Viewliner II baggage cars now operating, maintenance protocols have to be developed and subsequent employee familiarization must take place before the new fleet is deployed throughout the system.

Hialeah shop forces maintain all single-level long-distance equipment that runs on the Silver Meteor, Silver Star, Palmetto, Crescent, and Lake Shore Limited, but workers at other servicing terminals in Chicago, New Orleans, and New York’s Sunnyside Yard must also learn how all systems work. Once that occurs and more dining cars are shipped from Elmira, new Viewliners can replace Amtrak’s dwindling fleet of heritage dining cars.

In 2015, the aging relics were removed from the Silver Star as part of an initiative to test sleeping car pricing that doesn’t include meals. Earlier this year, Amtrak substituted Amfleet II lounge cars for diners on the Lake Shore Limited after four cars were found to be structurally unsound. That means only the Crescent and Silver Meteor currently operate with full-service dining cars in the East.

Amtrak spokesman Marc Magliari tells Trains News Wire that once a sufficient number of new dining cars are accepted, they will be deployed on routes throughout the country.

14 thoughts on “First Viewliner II diner on the move NEWSWIRE”