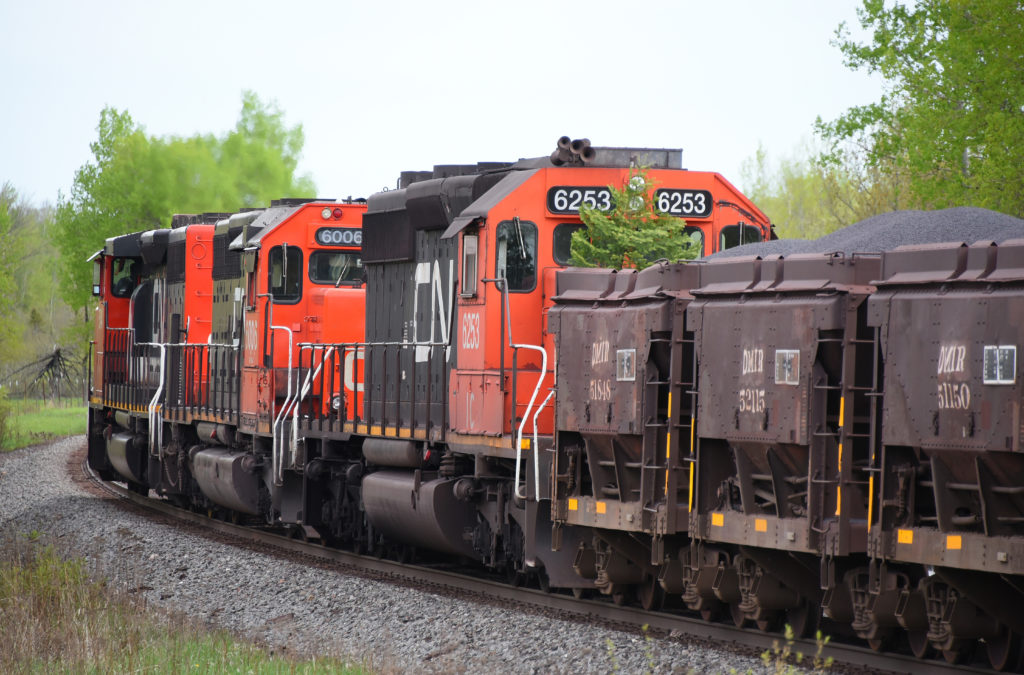 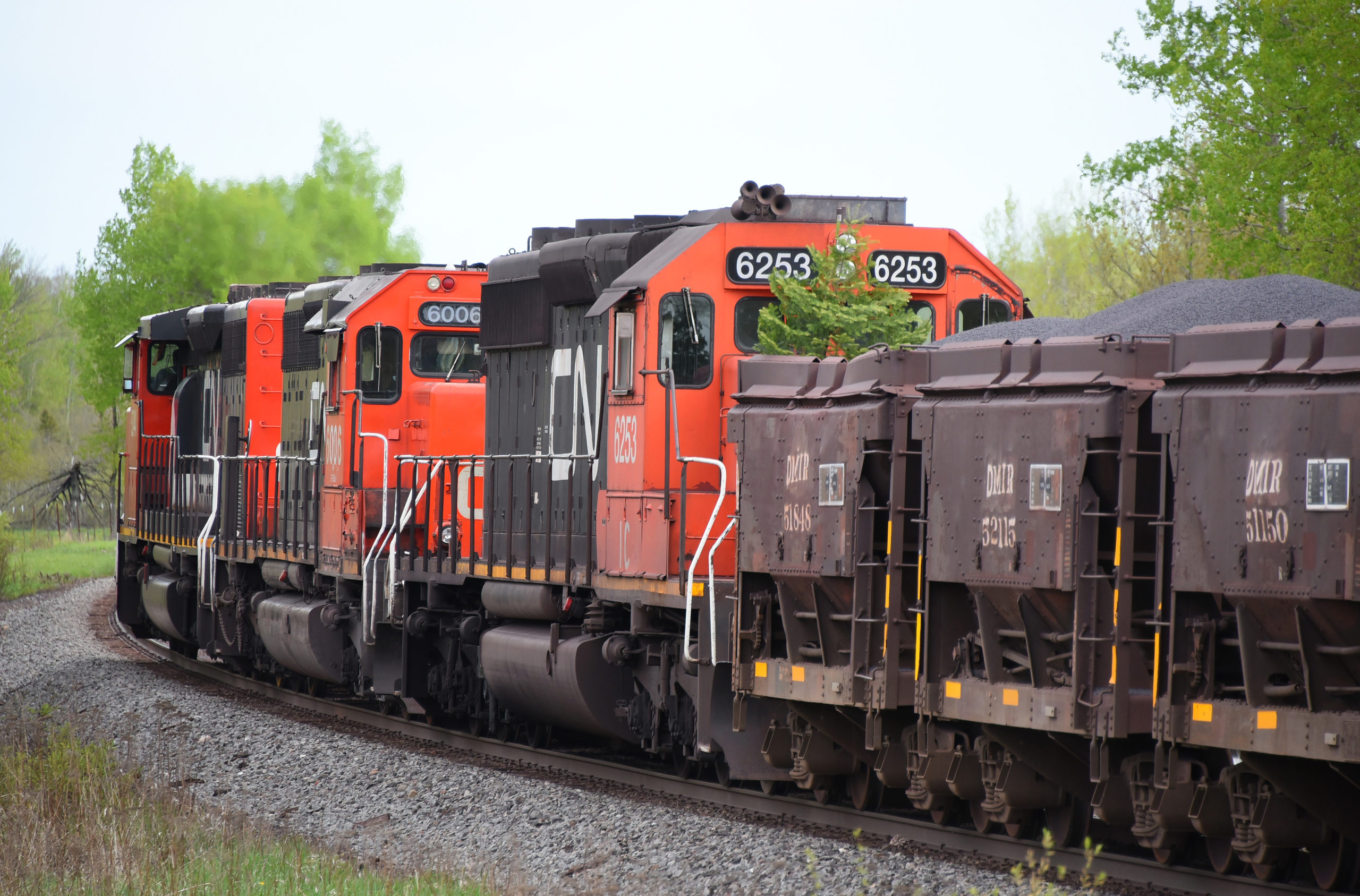 United Taconite’s first train of “mustang” pellets on May 19.
David Schauer
FORBES, Minn. — Northern Minnesota railroaders are used to the “boom or bust” cycle of the iron ore business on the Mesabi Range. But in a sign of confidence in the region’s mining future, Cliff Natural Resources began shipping new “Mustang” flux taconite pellets on Canadian National from its United Taconite facility at Forbes May 19. The pellets are routed through CN’s ex-Duluth, Missabe &Iron Range Duluth ore dock to ArcelorMittal’s Indiana Harbor Mill.

The new Mustang flux pellets will replace the Viceroy taconite pellets previously produced at its recently shuttered Empire Mine near Marquette, Mich. The Empire Mine, also served by CN, came to the end of its natural life in 2016. The Empire mine has been operating since 1963.

The “Mustang” pellet is specially formulated for ArcelorMittal. The “flux” pellet uses a limestone binder during its production. CN also brings limestone from Hallett Dock in Duluth to the plant to produce the Mustang pellets, adding more carloads.

Cliffs invested a total of $75 million in cash to build a new storage facility, silos, and a limestone crusher, conveyors, and rail infrastructure to support production of the Mustang pellet. The company broke ground for the project at a ceremony in August 2016. Construction jobs created for the Mustang project included 120 people employed at peak construction. About 40 percent of United Taconite’s production will be geared to Mustang, while about 60 percent will be geared to its standard pellet output.

Cliffs will host a ribbon-cutting event for the new facility at United Taconite May 30.