Lines in Illinois and Florida are first put out to bid 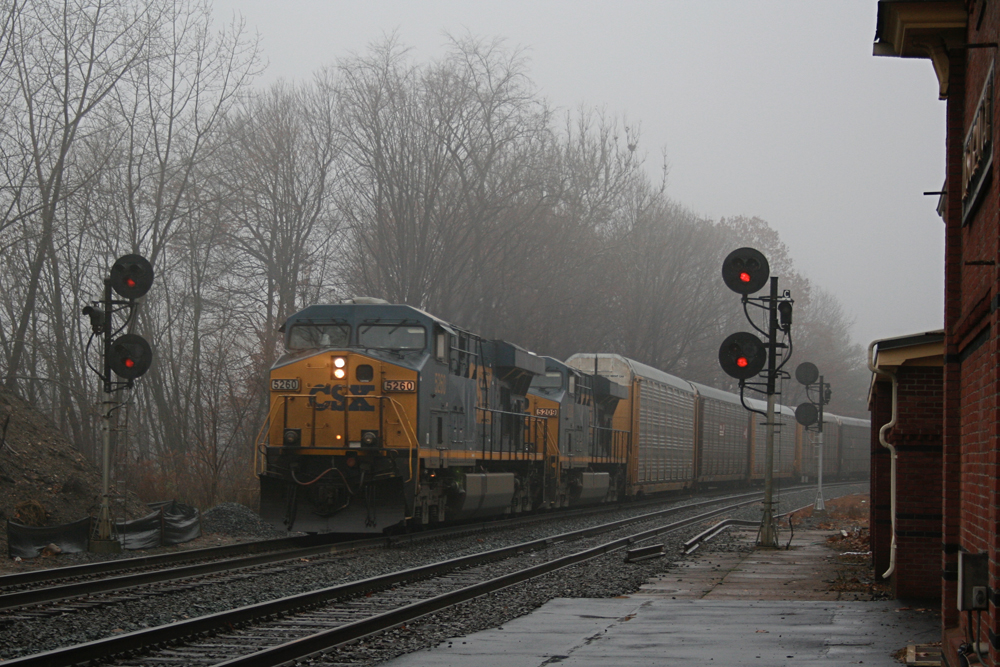 CSX Transportation eastbound auto rack train Q264 slices through the fog on the former Boston & Albany route in Westfield, Mass., in 2008. The B&A, as well as branches in Massachusetts, are among the 8,000 miles CSX is reviewing for potential sale.
Bill Stephens
JACKSONVILLE, Fla. — CSX Transportation is reviewing 8,000 miles of rail lines as potential candidates for sale or lease, Trains News Wire has learned.

People familiar with the situation do not expect all 8,000 miles to go on the block.

But they say the sheer amount of mileage under review — more than a third of CSX’s 21,000-mile network — is an indication of management’s intent to leave no rock unturned in a drive to cut costs and boost profitability.

The review effort is continuing under new CEO Jim Foote. The first four subdivisions were put out to bid last week, including a pair of routes in Illinois and Florida.

CSX is expected to put a handful of subdivisions on the block every few weeks, according to people familiar with the matter.

Routes under review include: 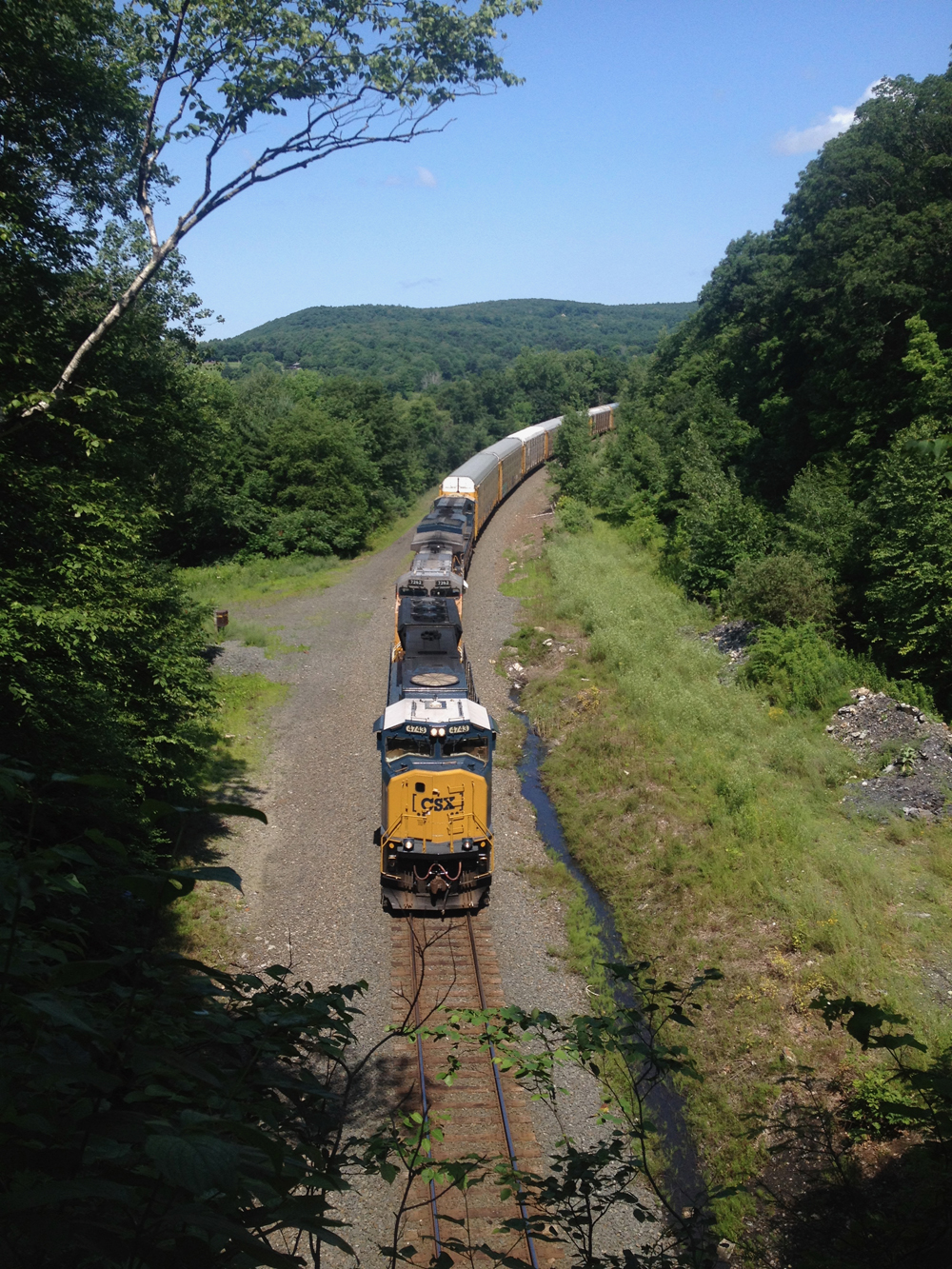 CSX Transportation eastbound auto rack train Q264 prepares to enter State Line Tunnel on the former Boston & Albany route in Canaan, N.Y., in July 2014. The B&A, as well as branches in Massachusetts, are among the 8,000 miles CSX is reviewing for potential sale.
Bill Stephens
Also under review: the Northwest Ohio Intermodal Terminal, which became a white elephant after CSX dropped its hub-and-spoke intermodal strategy. The terminal, in North Baltimore, Ohio, served as a sorting hub for low-density intermodal moves and now is an underused block-swapping facility that may be attractive to a western railroad.

In a statement, CSX said it’s continuing to evaluate all aspects of its network and operations.

“Based on an initial review of our network, the company has decided to put forth two rail segments near-term for a potential transaction: the Decatur and Danville Secondary Subdivisions in western Illinois and the Tallahassee and PA Subdivisions in the Florida Panhandle. CSX is communicating with its customers on these rail lines, as well as union representatives and employees,” CSX says.

The railroad will coordinate with buyers to ensure a “safe, smooth service transition that minimizes impacts to customers and allows for long-term growth on these rail lines,” CSX says.

Short line and regional railroad operators, as well as private equity investment firms, have already expressed interest in some of the lines under review, according to multiple sources familiar with the situation.

The route sales would represent a potential expansion bonanza for short line and regional railroad holding companies such as Genesee & Wyoming, Watco, OmniTRAX, and RJ Corman, as well as independent short line operators.

The line review and potential sales go much further than the CSX of Tomorrow strategy hatched under former CEO Michael Ward, which envisioned focusing the railroad’s resources on high-density routes while retaining a lower-density feeder network.

Under CSX of Tomorrow, CSX would have concentrated its capital spending on the so-called Outer Triangle, the high-density main lines linking Chicago, New Jersey, and Florida, as well as routes to New England, St. Louis, and the former B&O from Ohio to Baltimore via Sand Patch.

But Ward’s CSX did not want to part with its lower-density lines — including the coal network — because they still originated a third of the railroad’s traffic. Instead, CSX downgraded the lines and reduced track speeds to cut maintenance costs.

Now, by looking at spinning off non-core routes, CSX aims to shed maintenance costs altogether while still handling most of the traffic the feeder network generates.

Harrison, who became CEO in March 2017, died last month. Foote was named CEO on Dec. 22 and has vowed to pursue Harrison’s vision for the railroad.