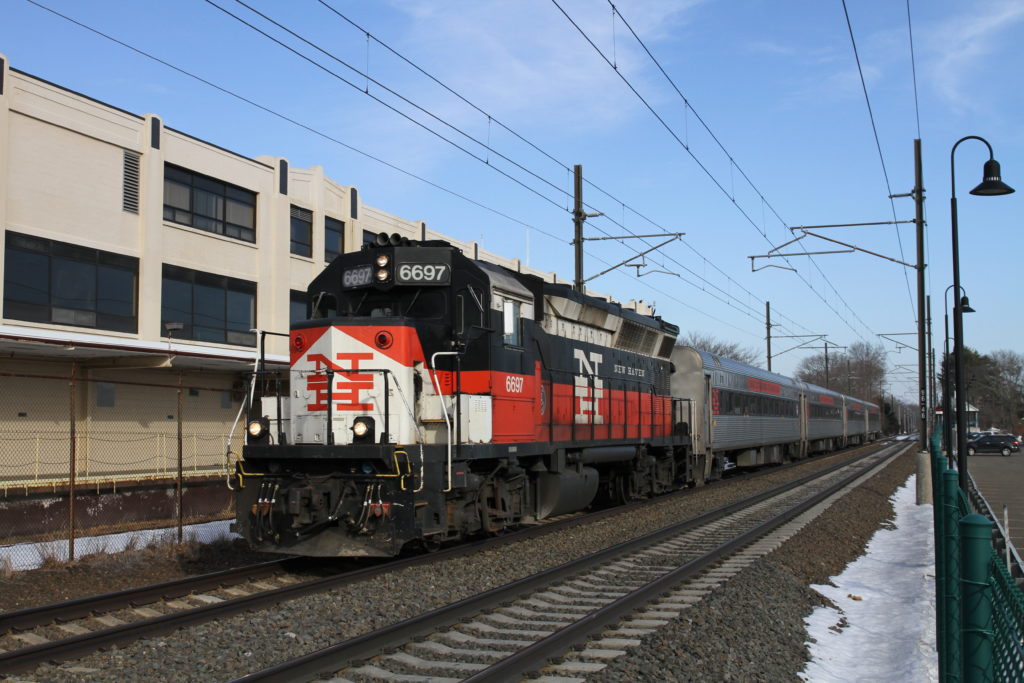 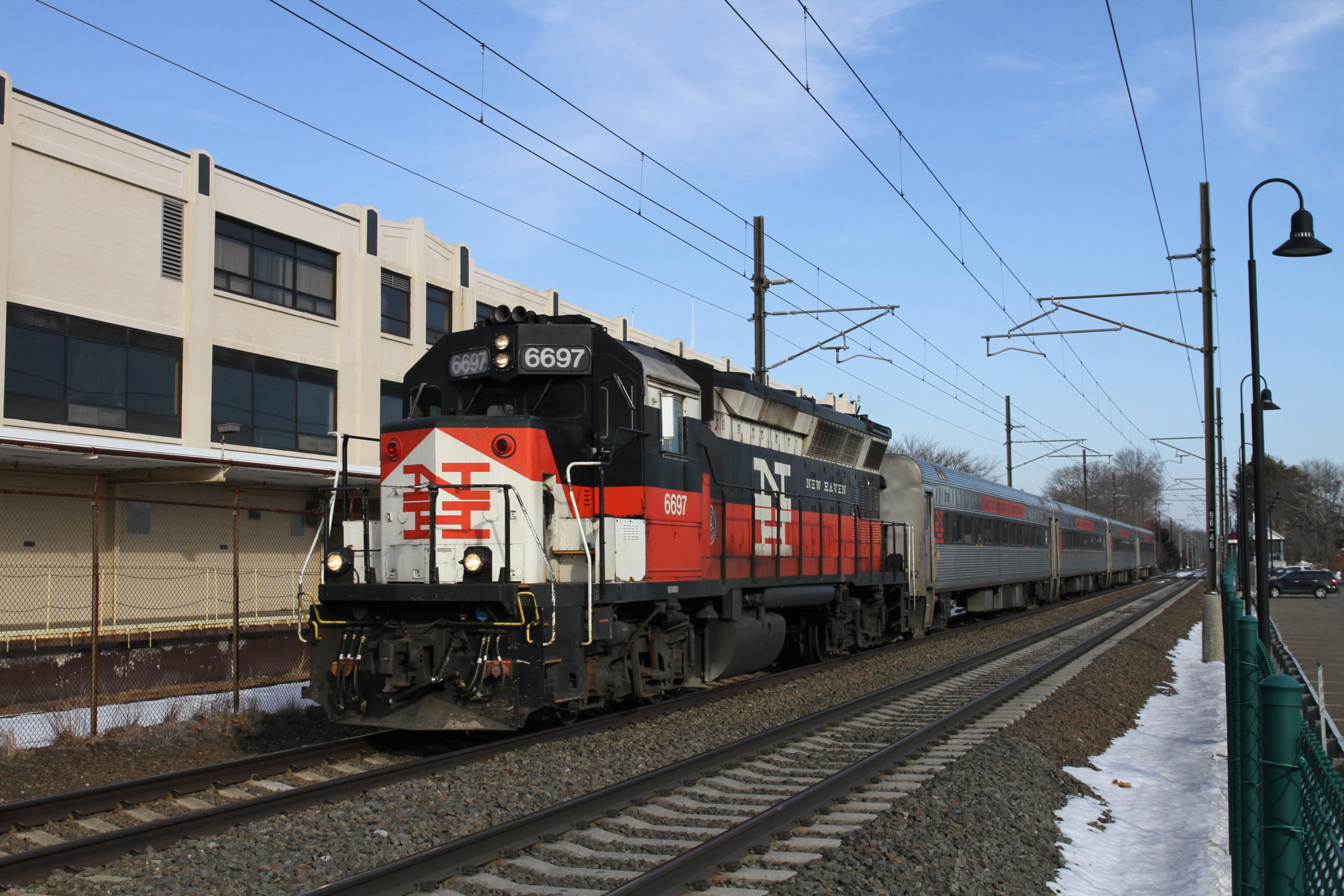 The six commuter units were manufactured for CDOT in 1996 in Montreal, Quebec, by AMF Technotransport.   AMF used six former CSX GP38s and GP40s built between 1967 and 1971 — of Baltimore & Ohio, Chesapeake & Ohio, and Clinchfield heritage — for the project.   All received 3000-h.p. EMD model 645 prime movers, and a separate Head End Power engine/generator set as part of the rebuild.  The GP40-2Hs have flared radiators, reminiscent of EMD’s larger SD45 freight units.

For a decade, the GP40-2s served as the primary power for the Department of Transportation’s Shore Line East commuter service, over 50 miles of Amtrak’s Northeast Corridor between New London and New Haven, Conn., and on 40 miles of Metro-North’s New Haven Line between New Haven and Stamford.   In 2006, CDOT augmented the Shore Line fleet with eight former Amtrak P40 Genesis units.

The GP40-2H units currently work in the red, white, and black New Haven Railroad “McGinnis” paint scheme — originally introduced on that “Fallen Flag” railroad in 1955.   There has been no announcement of how they will be painted during their rebuild at NRE.