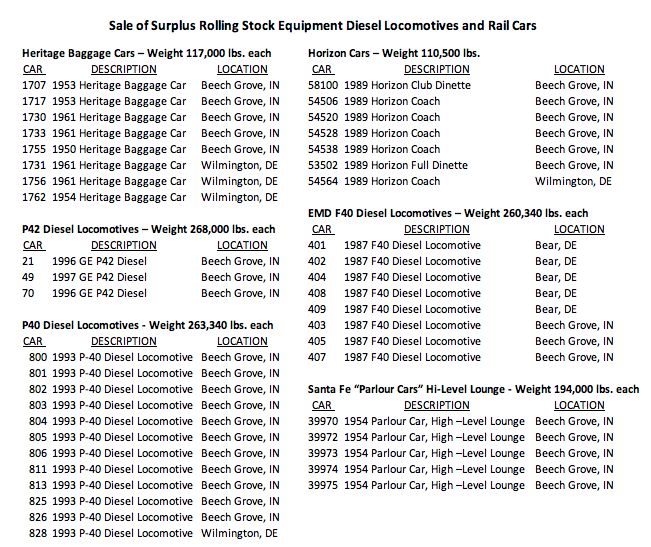 TRAINS: Steve Sweeney/ Source: Amtrak
BEECH GROVE, Ind. — Amtrak on Wednesday announced that it is soliciting bids for 48 pieces of equipment located at its Beech Grove, Ind., and Bear and Wilmington, Del., shops that it now considers surplus. The lot made up mostly of diesel locomotives and baggage cars, as well as all five former Pacific Parlour Cars, and seven Horizon cars. The closing date for bids on these pieces is Nov. 14, 2018.

Rounding out the lot for sale are seven Horizon cars, all but one of which are at Beech Grove: one Club Dinette, one full Dinette and five coaches, as well as three material handling cars and two Army flat cars.