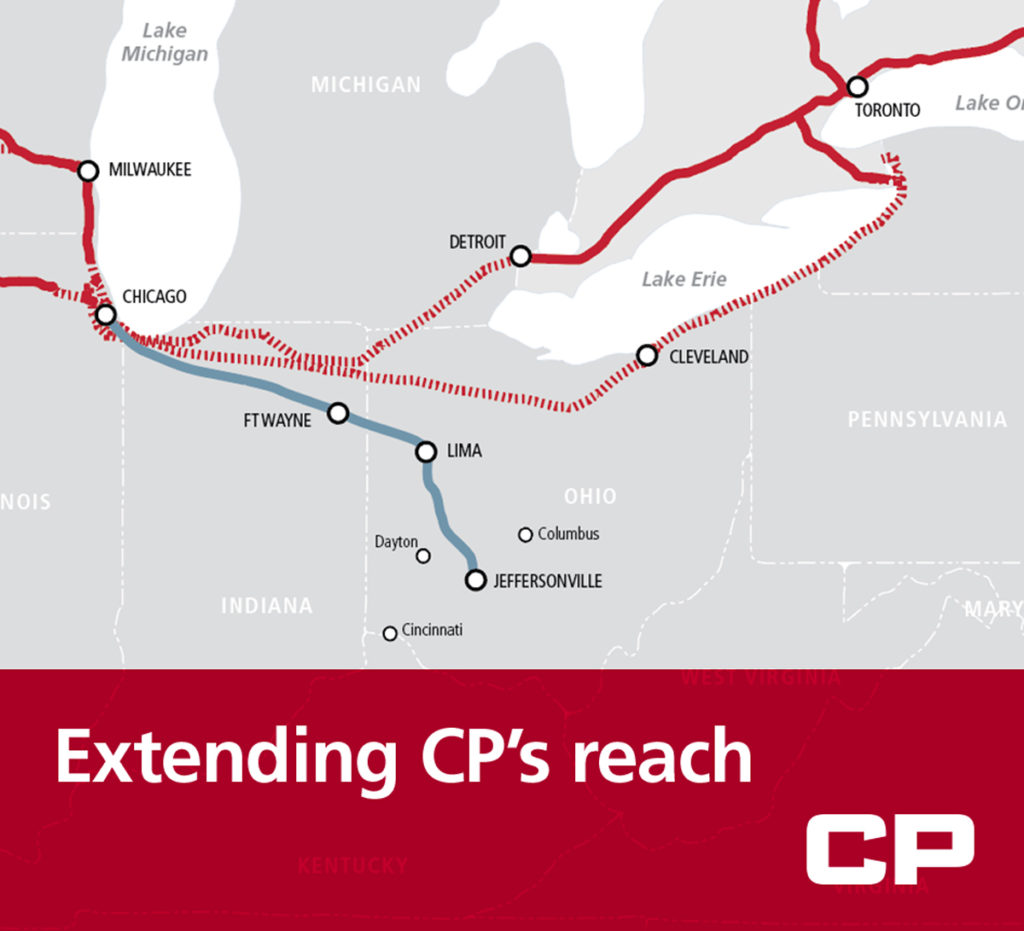 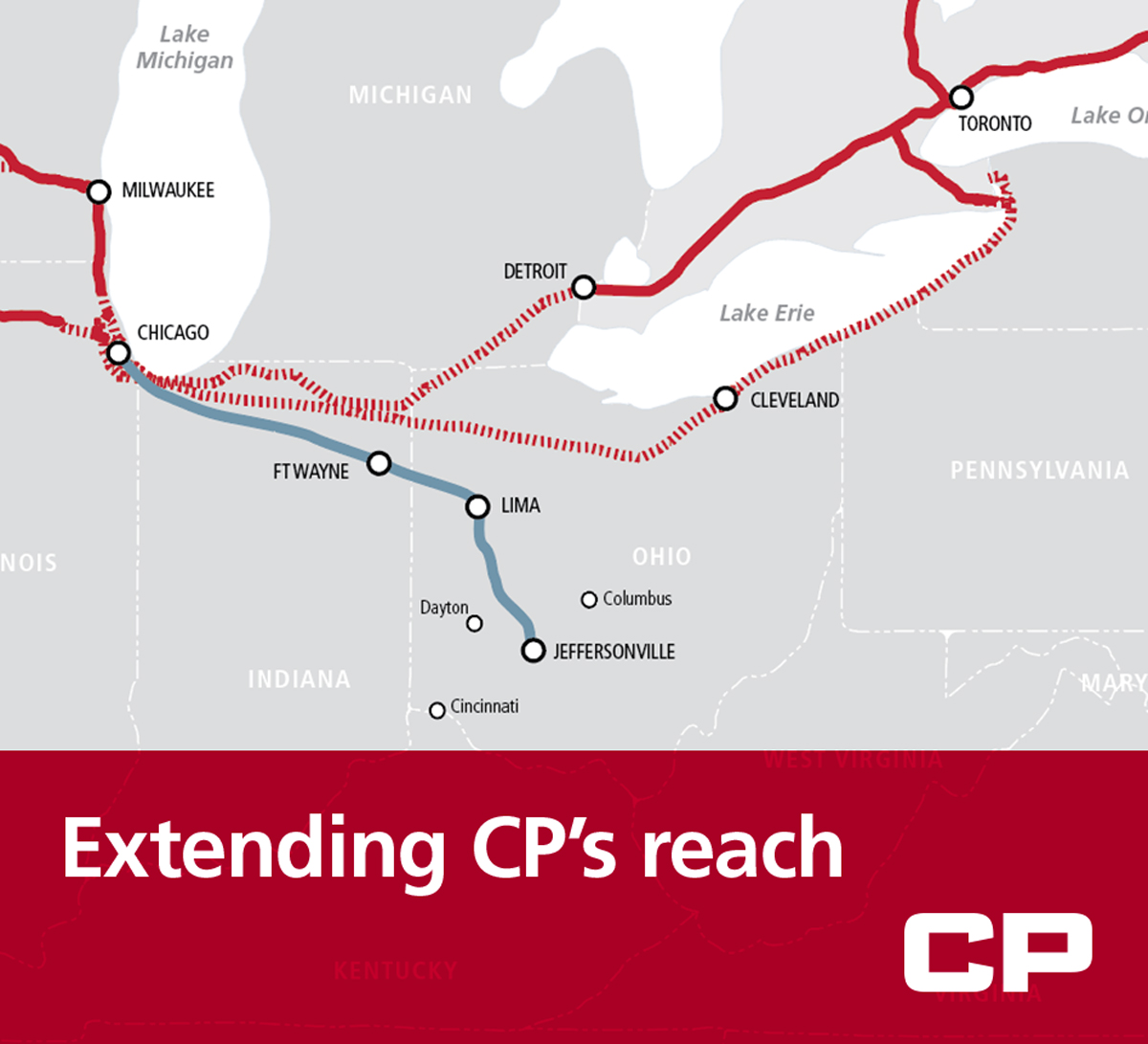 A simple map showing Canadian Pacific’s new service to Ohio.
Canadian Pacific
CALGARY, Alberta — Canadian Pacific is extending the reach of its international intermodal service into the Ohio Valley through a partnership with a pair of Genesee & Wyoming regional railroads.

The Chicago, Fort Wayne & Eastern Railroad and the Indiana & Ohio Railway will provide CP with a route from the Windy City to an intermodal terminal in Jeffersonville, Ohio, which is within easy striking distance of Columbus, Cincinnati, and Dayton.

“This service allows our international intermodal customers to come through the Port of Vancouver and access markets deep in the Ohio Valley,” CP CEO Keith Creel said in a statement on Monday. “The unique site also creates better round-trip economics for our customers by enabling the empty containers to be re-loaded with agriculture products and shipped back overseas.”

The 90-acre terminal is owned and operated by a corn and soybean producer, Bluegrass Farms of Ohio.

International containers — which come to North America filled with consumer goods — often return to Asia empty. But North American farmers have seen growing demand for exports to Asia, and the empty containers represent a welcome opportunity for shippers, steamship lines, and railroads.

“This intermodal terminal not only offers a new rail option to and from the Ohio Valley, but was purpose-built to provide backhaul opportunities that will enable customers to reduce overall transportation costs and enhance their competitive advantage,” G&W CEO Jack Hellmann said in a statement.

It was not clear when the service would begin or if it would be operated in dedicated run-through trains. A CP spokesman declined to provide additional details, but said more information would be available during next week’s quarterly earnings call. A G&W spokesman did not respond to a request for comment.

The partnership is a good strategic move for CP, which has lost market share at the Port of Vancouver to rival Canadian National. CN handles about 70 percent of the containers that move by rail to and from the port. With its larger footprint, CN can offer service to a wider number of destinations, including Indianapolis and Memphis, Tenn.

But CP has the shortest route from Vancouver to Chicago, an advantage it seeks to exploit. CP also is adding sales staff in Asia, with key positions being added in China and Singapore.

Providing a seamless interchange in Chicago will be one key to success of the new service.

“With the volume involved being to and from Asia, it won’t be tremendously service-sensitive but the service will need to be reliable,” says Larry Gross, an analyst with FTR Transportation Intelligence. “Having the ready source of outbound volume is certainly a plus, so the pacing item will be the ability to attract inbound volume.”

Providing a seamless interchange in Chicago will be one key to the success of CP’s new service.

The CP alliance with the G&W railroads is reminiscent of the 2013 deal CN reached with the Indiana Rail Road to provide international intermodal service to Indianapolis from the ports of Vancouver and Prince Rupert, British Columbia.

From Chicago, the CP traffic will ride CF&E’s former Pennsylvania Railroad main line to Lima, Ohio, the connection with the IORY to Jeffersonville.

UPDATE: Additional comment from Larry Gross and information regarding Norfolk Southern service into Columbus, Ohio. A previous version of this story indicated that Ohio is under-served from the West. It is not. Oct. 13, 2017, 2:07 p.m. Central time.