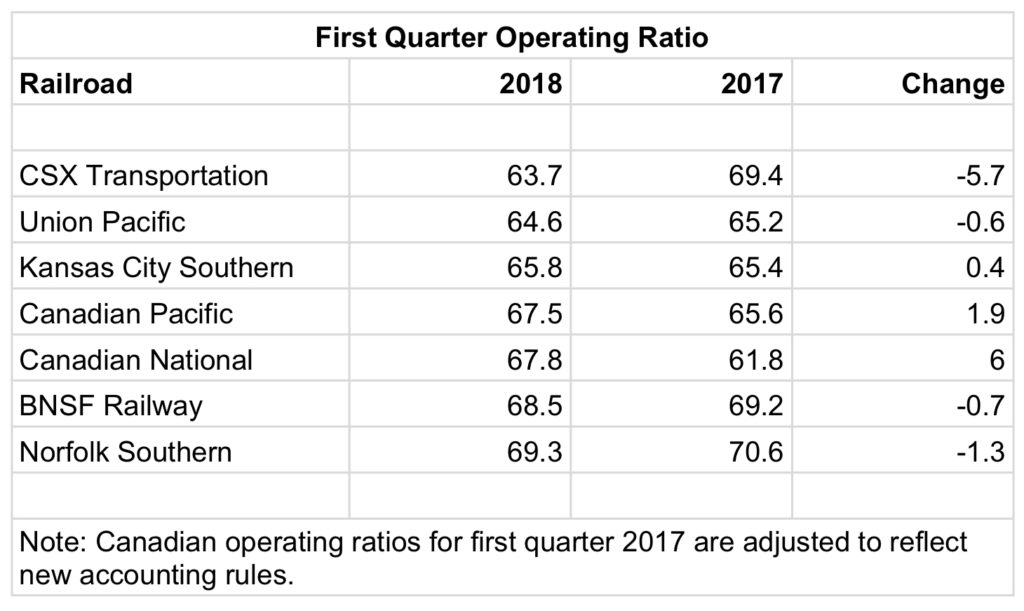 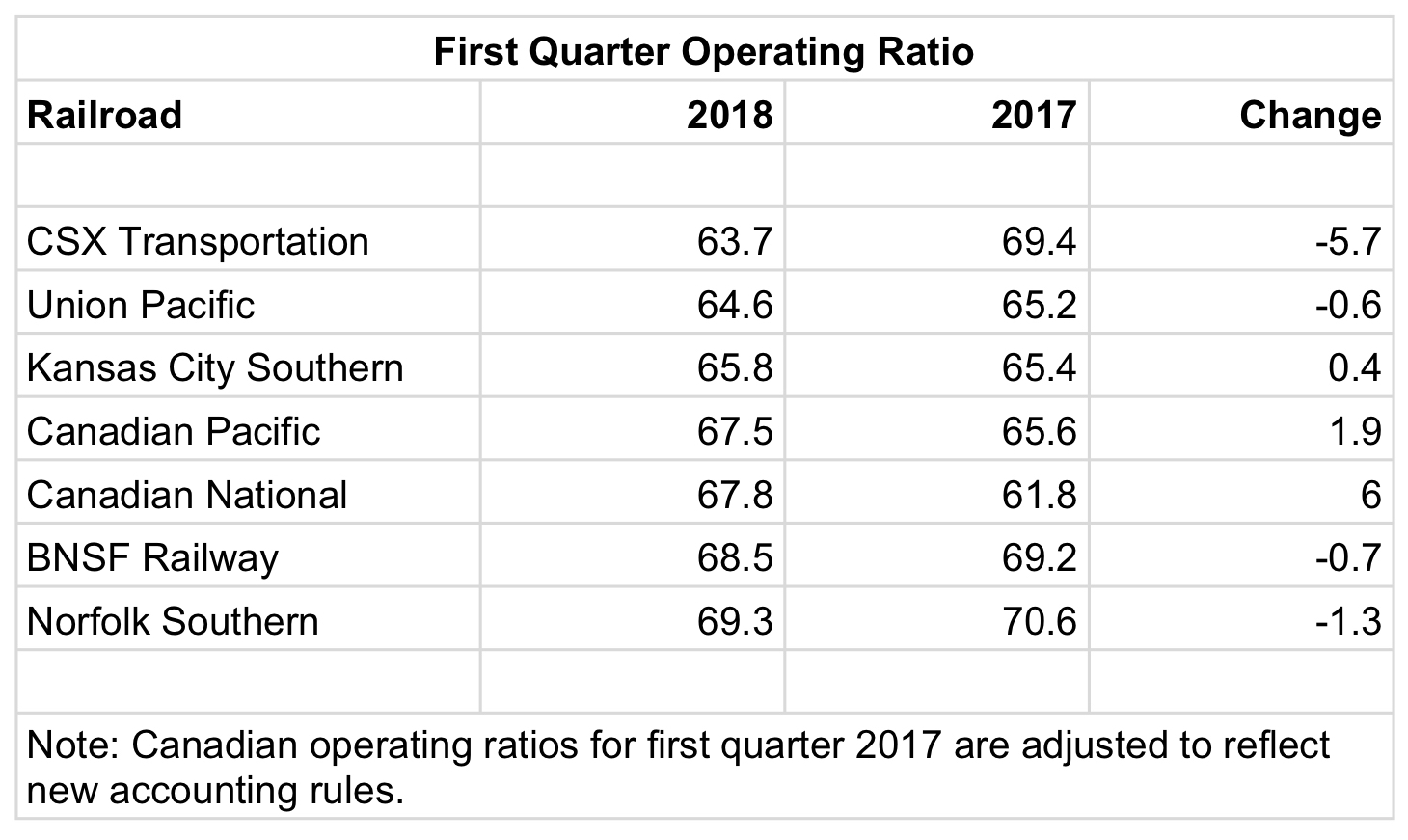 First Quarter 2018 operating ratios
Source: Class I railroads
CSX Transportation has claimed the industry’s lead in operating ratio by vaulting to first place from its second-to-last position a year ago.

The CSX operating ratio improvement, independent analyst Anthony B. Hatch says, was a “great tribute” to the impact of former CEO E. Hunter Harrison’s implementation of Precision Scheduled Railroading, as well as the recovery after service problems last summer and fall.

“Overall, operational performance is not where it needs to be, yet, but we begin to see why CSX has nothing to apologize for at present,” Hatch says.

CSX executives aimed to put the improvement in perspective on the railroad’s earnings call last month.

“The plan recently laid out at our investor conference is a three-year plan,” CEO James Foote says. “We’re only one quarter in, one out of 12, and we still have a lot of work to do to achieve our goals. The good news is that every day I feel a little more confident in our ability to deliver on these targets.”

The improvement put CSX on a path toward its goal of a 60-percent operating ratio by 2020, Chief Financial Officer Frank Lonegro says.

“As we demonstrated in the first quarter, we expect a solid step-down each year in the operating ratio,” Foote says. “There remains significant work ahead in order to deliver on our 2020 target.”

But Foote says he “wouldn’t draw any kind of drastic conclusions from the enormous step-down we just had in one quarter.”

Indeed, CSX’s operating-ratio ranking improvement was accomplished with some help.

First, the accounting rules change that disproportionately affected longtime industry leaders Canadian National and Canadian Pacific nudged their operating ratios up at the same time they had higher operating costs due to harsh winter weather and congestion.

Second, the first-quarter operating ratios tend to bounce around more than in other quarters due to the impact of winter weather — and analysts say not to read too much into any one quarter’s operating ratio.

Third, the reduction in operating ratio at CSX, Hatch points out, was helped along by a trio of items found in the fine print: a 96-percent increase in “other revenues,” such as demurrage; a $30 million-increase in real estate sales versus $2 million a year ago; and a doubling of equity earnings of affiliates such as the Indiana Rail Road, Conrail, and TTX, to $25 million.

But the operating ratio improvement is sustainable because of the cost-reductions and efficiency gains the railroad has made.

Foote became CEO in December after the death of Harrison at age 73. Harrison was named CEO in March 2017 with a mandate to boost profitability at the eastern railroad.

A CSX representative says that the railroad “will continue to focus on making improvements in safety and service in our goal of becoming the best run railroad in North America.”