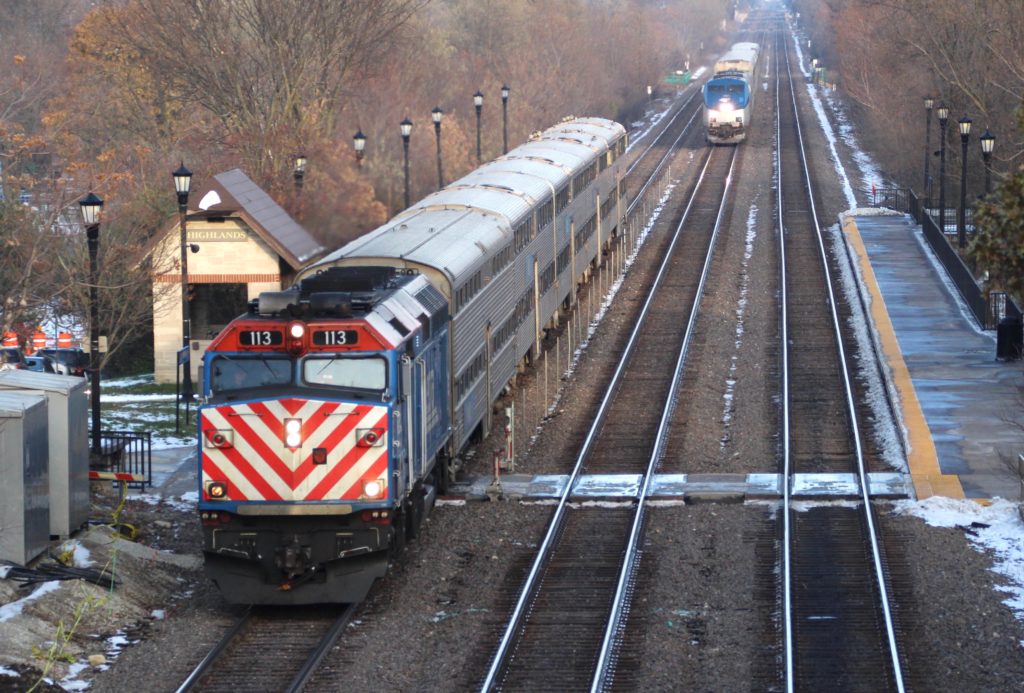 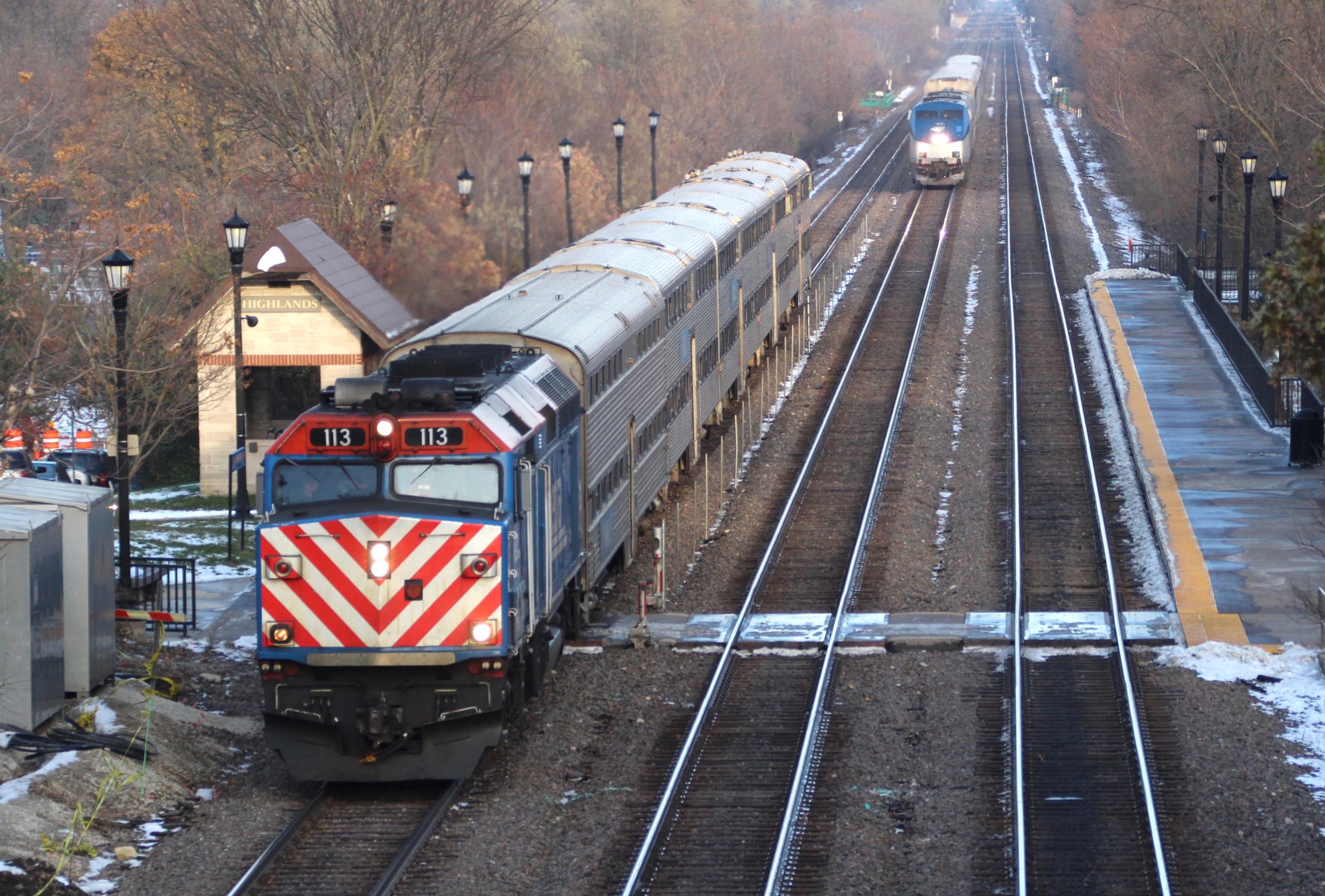 A Metra BNSF train stops at Highlands station in Hinsdale, Ill., on Nov. 15, 2019 as Amtrak’s Southwest Chief approaches. Highlands is among the 31 stations to be upgraded by Metra in the next five years.
TRAINS: David Lassen
CORONADO, Calif — Metra’s “Big Ask” received a medium-sized answer. That’s good news for the Chicago commuter railroad, but it still means some hard choices were in order.

While that’s far more than Metra had become used to in its living-on-a-shoestring capital planning, it’s still well short of its $5 billion master plan. So how did the agency decide what makes the funding cut?

“We broke it into four buckets,” Marcheschi told Trains News Wire Monday night, “to get more organized and less chaotic. Because we’ve had a backlog for years.” Those “buckets” are rolling stock, infrastructure, stations and customer experience, and growth and expansion.

The agency has had a hard time addressing all four of those areas as it lacked state funding, because of an ongoing budget impasse, while fulfilling the federally mandated implementation of positive train control. Beyond that, the available money mostly went to the basic infrastructure needs to maintain safe operation.

Now, with more funds in hand, rolling stock, customer experience, and growth and expansion will all see more attention, even as Metra continues to address its longstanding infrastructure needs.

“We all sat in a room and decided, what’s going to keep the business safe, drive the business to be efficient and reliable, and what’s going to grow the business for the future,” Marcheschi said. “That’s the point where we got to where we’re at. Hard choices, a lot of bickering back and forth between departments, but at the end of the day, we all came together and developed the four-bucket plan.”

So where is the money going? Almost half of the 2020 capital plan, $239.3 million, will go to rolling stock. Another $68.7 million is ticketed for bridges, track, and structures; $63.3 million to facilities and equipment, $51.2 million to stations and parking, $34.2 million to signals, electronics and communications, and $23.8 million to support activities. Within those areas, Marcheschi offered updates on specific projects during his Monday NRC presentation.

Rolling stock: Metra is in the “blackout period” of its request for proposals for the purchase of 200 new passenger cars, with an option for 200 more. That means the proposals are being reviewed and scored. The hope is to have a recommendation to Metra’s board for a car order by June. Meanwhile, the first locomotives in the order for 15 remanufactured SD70MACH locomotives from Progress Rail is expected in August 2021.

Infrastructure: Marcheschi says that Metra has more than 450 bridges more than 100 years old. The 2020 budget will spend $69 million to address that issue; design work will begin on a number of projects, while construction is expected to begin at four notable locations: at 43rd Street and Root Street on the Rock Island District, to replace a bridge built in 1897; a timber bridge on the Rock Island at Morgan Street, last rebuild in 1973; A32, a bridge on Milwaukee North Line built in 1899; and Bridge 275, a suburban Rock island District bridge built in 1929.

Facilities and equipment: Projects include renovation and expansion of the Western and California yards, a new 14th Street fueling facility; new crew and training facilities, a new control center, and a new transfer table at the Rock Island District’s 47th Street Shops.

Stations: Upgrades including new warming shelters, signage, lighting, accessible platforms, and other improvements are planned at 20 stations in the next two years and 31 in five years. That includes new stations at Auburn Park on the Rock Island and Peterson Ridge on the UP North.