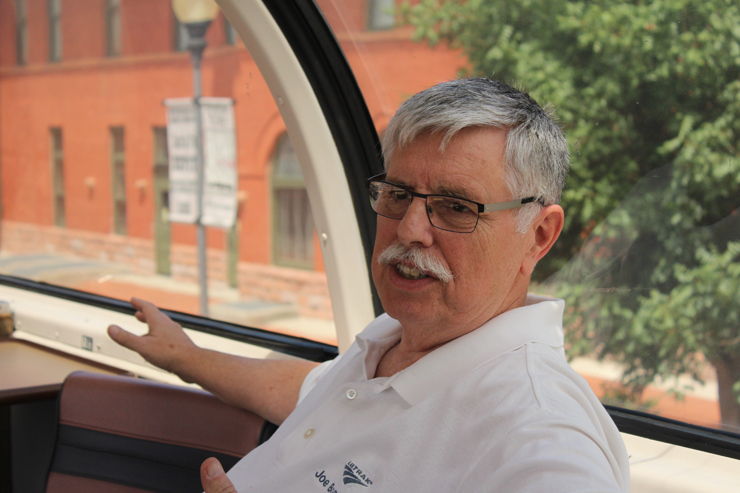 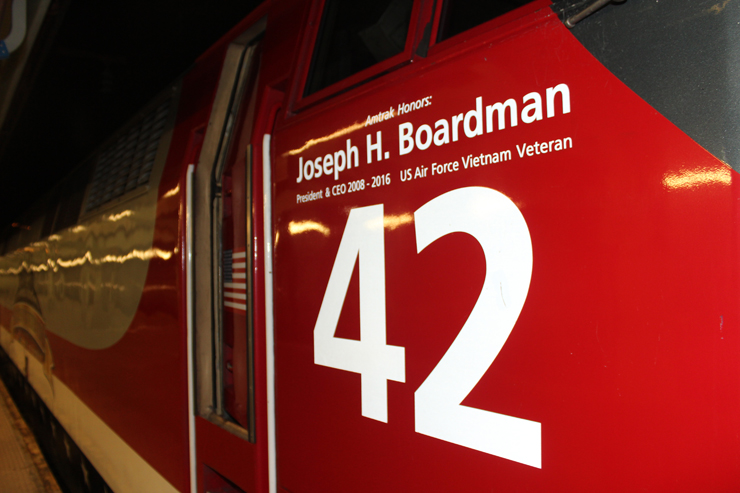 ROME, N.Y. — Joseph H. Boardman, Amtrak’s second-longest-serving president and CEO, has died. Boardman, 70, suffered a stroke while vacationing with his wife and family in Florida on March 5 and passed away early this morning, Amtrak announced.

A U.S. Air Force Vietnam veteran who served as New York State Transportation Commissioner for 8 years beginning in 1997, Boardman was named Administrator of the Federal Railroad Administration in 2005. He became familiar with Amtrak operations while sitting on its board of directors as the Department of Transportation’s representative, and was named in 2008 to succeed Alexander Kummant as the company’s ninth non-interim president.

His eight-year tenure was surpassed in duration only by W. Graham Claytor, Jr. (1982-1993). During his time as CEO, Boardman initiated equipment purchases of 70 Siemens ACS-64 electric locomotives for the Northeast Corridor; 130 Viewliner II baggage, baggage dorm, sleeping, and dining cars (though he was troubled by CAF, USA’s repeated production failures); and 28 Alstom Avelia Liberty electric trainsets that are to replace Northeast Corridor Acela Expresses beginning in 2021.

Boardman championed Amtrak’s efforts to encourage state and local community grant applications to help pay for needed infrastructure improvements along the Southwest Chief’s route. Although he was criticized for not acting on efficiency and mobility improvement recommendations to other long-distance routes, such as converting the Sunset Limited and Cardinal to daily operation, Boardman told Trains in an interview last September that there was no way he could convince Amtrak’s board at the time to find and spend the necessary money on the national network.

Boardman had been outspoken about the direction current Amtrak management was taking the company since his departure in September 2016 [see “Boardman talks to Trains,” March 2019]. In retirement, he became sharply critical of his successors’ jettisoning of institutional knowledge with management buyouts, food service downgrades, and attempts to weaken the performance of long-distance trains.

“He was very hands on with employees and respected their expertise,” one current Amtrak employee tells Trains News Wire.

Recently-retired car attendant Lou Drummeter, a 32-year Amtrak veteran, traveled with Boardman on business car Beech Grove during dozens of inspection trips and facility visits. “He believed in boots on the ground — getting out on the railroad to see the operation and listening to employees,” Drummeter says. The car was always positioned on Superliner trains adjacent to a transition dorm; when passing through the train Boardman encouraged employees to come back to tell him what was on their mind. “With Joe, you could always speak freely,” recalls Drummeter. “And when he had tough decisions to make, you could see his angst.”

Boardman is survived by his wife, Joanne, three children and several grandchildren. Funeral arrangements are pending.

— Note: An earlier version of this article included a statement from Amtrak on Boardman’s passing. That statement is now part of a separate article available here.