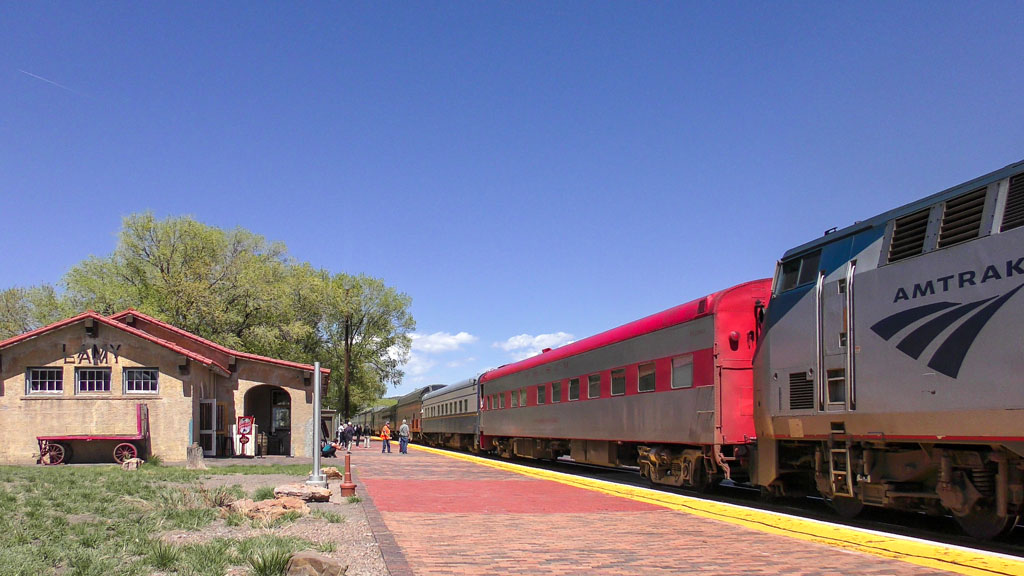 Lamy, N.M. — In honor of the 150th anniversary of the Golden Spike, Altiplano Rail is chartering four private railroad cars.  The westbound Golden Spike Rail Tour, which began on May 2, 2019, will travel from Chicago to Los Angeles on Amtrak Southwest Chief, go north to Oakland, Calif., on the Coast Starlight, and then return to Chicago on the California Zephyr.  Three private sleepers will be on the charter, including the Berlin, which was built by Pullman Standard in 1956 for the Union Pacific Railroad; the Pacific Union; and the Cimarron River, which was built in 1948 as a Pullman sleeping car.  The fourth car is the Milwaukee Super Dome.  The train passed through historic Lamy, N.M., on May 3.

“We will be utilizing beautiful private railcars like the Super Dome and the Berlin for this trip,” a spokesperson for Altiplano Rail says. “As Amtrak’s charges to [private varnish] operators and further limitations have taken affect, this will likely be one of the last trips we operate.”