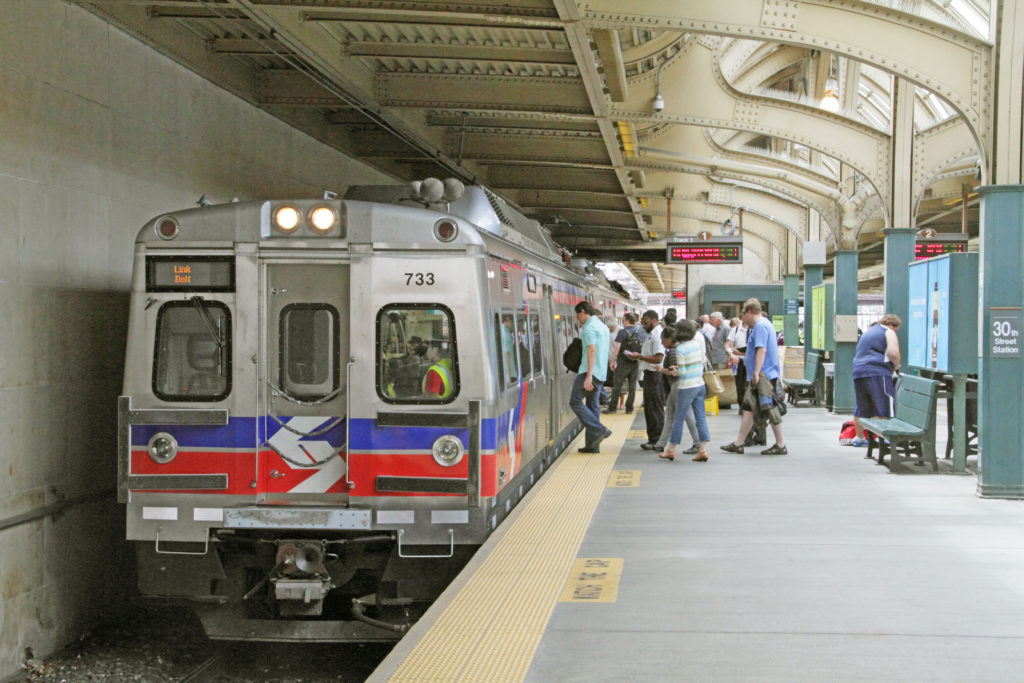 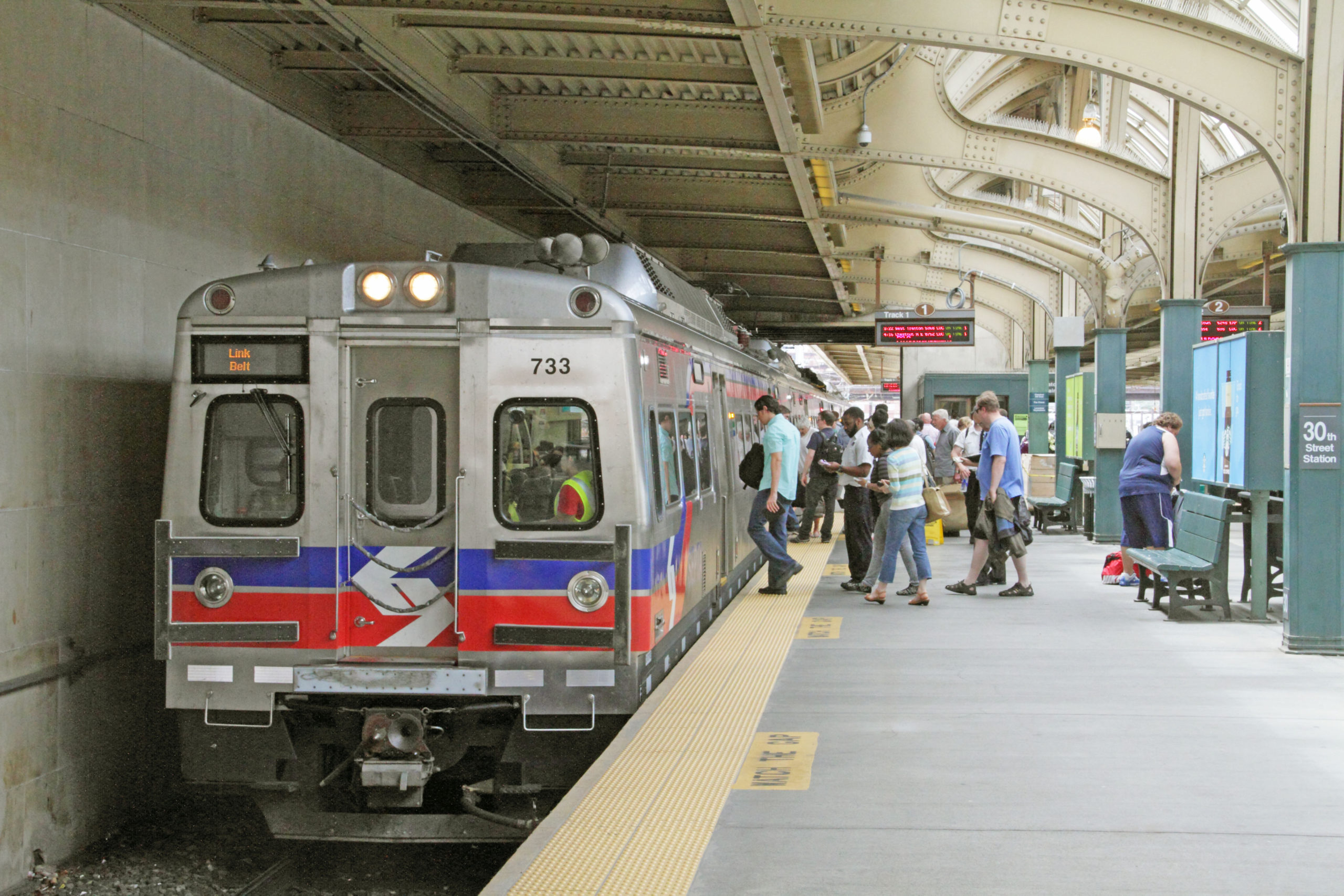 One of SEPTA’s Silverliner V transit vehicles at a station stop at Philadelphia’s 30th Street station.
Joseph M. Calisi
PHILADELPHIA — Typical rail commuters in the City of Brotherly Love are finding other ways to get on with their week while as many as one-third of all Southeastern Pennsylvania Transportation Authority regional commuter cars are sidelined with structural defects.

In a rare Sunday news conference, SEPTA General Manager Jeffrey Kneuppel told available media over the July 4 holiday weekend that all 120 of SEPTA’s Hyundai Rotem-built Silverliner V commuter electric multiple units have potential fatigue cracks in the their trucks and need to be taken out of service for repairs.

Specifically, Kneuppel says workers found that equalizer beams on the cast steel truck frame had vertical fatigue cracks. It’s a thick piece of steel that holds the springs that carries the entire weight of the car body. Kneuppel says there are eight locations on a truck that could be affected which are slow to form over time: where the roller bearings hold the wheel axles as well as the vertical piece where the springs provide the suspension. The major concern is a derailment at high speed if a beam broke. The beams need to be replaced.

The commuter agency has already published an updated schedule online reflecting the smaller number of vehicles available for commuters. The schedule is essentially a modified Saturday service.

SEPTA officials say workers first noticed the defects in the Silverliner V cars early July 1 during a morning inspection of a semi-permanently coupled pair of cars. The pair had a slight list to one side which revealed the cracked beam when investigated. SEPTA placed in-service cars on immediate speed restrictions and began removing them from service.

Normally, 60 out of the 400-car fleet are held in shops and rail yards for maintenance on a daily basis. The number of cars usually kept offline is half the number of Silverliner V being held from service due to the defect. Officials say the three to six-year-old cars are still under warranty from the manufacturer.

As a result of the problems with the Silverliner V, the trolley maintenance blitz scheduled for the first full week of July has been postponed and credits on monthly passes will be made to passengers.

Delivery of the Silverliner V cars were delayed during their initial construction phase as workmanship issues surfaced in 2010. Doors failed to open and close properly during the winter. Final delivery on the Silverliners was two years late.

It is unknown whether structural flaw could affect Denver Regional Transportation District cars since the agency uses EMUs similar to the ones in Philadelphia.