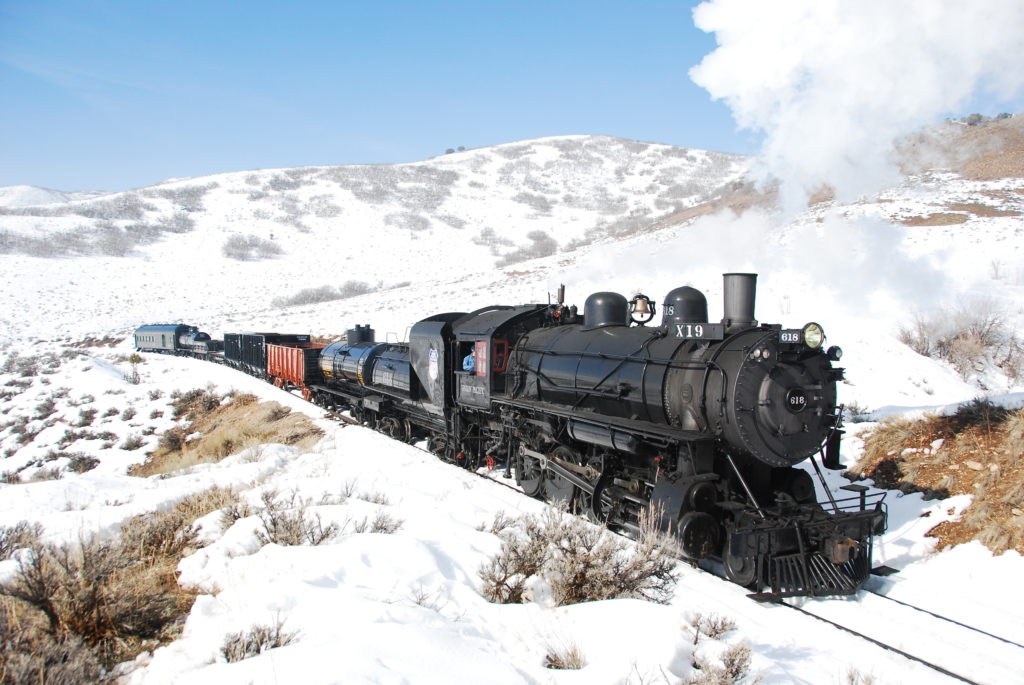 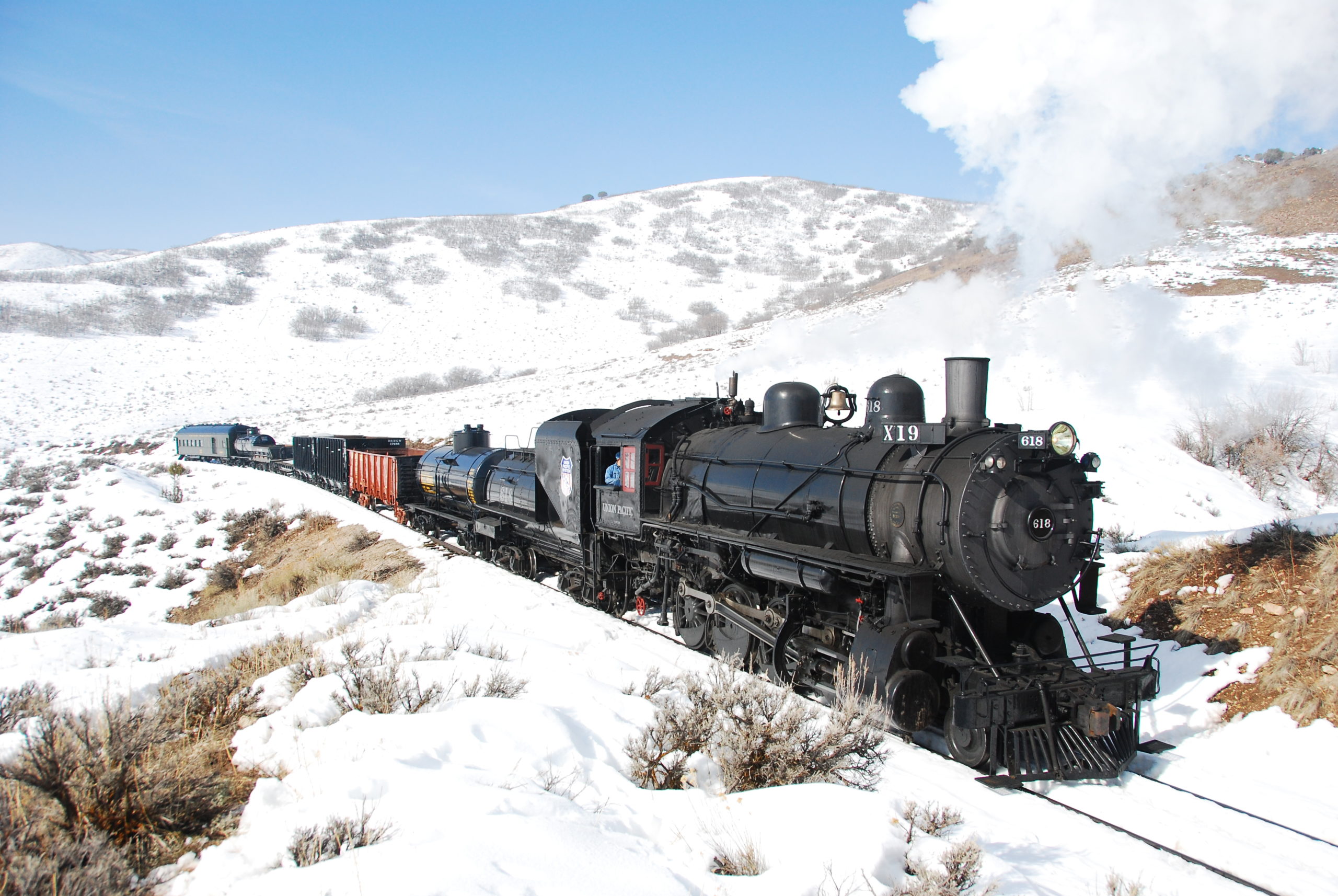 UP No. 618 steams for photographers in February 2010.
Trains: Jim Wrinn
HEBER CITY, Utah — When fans gather in Utah in May to celebrate the 150th anniversary of the transcontinental railroad, one iconic steam locomotive will be conspicuously absent: Heber Valley Railroad’s Union Pacific 2-8-0 No. 618.

“We really wanted it to be in service in May,” the railroad’s executive director, Mark Nelson, says in a phone interview with Trains Newswire. “It’s the most asked question I get these days.”

Thousands of enthusiasts will be in nearby Ogden and Salt Lake City for the sesquicentennial of the Golden Spike on May 10 at Promontory Summit. The National Railway Historical Society, the Railway & Locomotive Historical Society, and the Union Pacific and Southern Pacific affinity groups are chartering a train at Heber on May 11 that will be diesel-powered. Union Pacific 4-8-4 No. 844 and Big Boy No. 4014 will be under steam at Ogden Union Station that day, and the National Park Service’s replica’s replicas of Central Pacific No. 63 Jupiter and Union Pacific No. 119 will be running at Promontory for the re-enactment. A 1907 Baldwin product that first steamed at Heber in 1971 and last ran in 2010, No. 618 will be in the shop at Heber City.

No. 618 is nearing the end of an extensive multi-year restoration and 1,472-day inspection that includes converting the locomotive from coal to used motor oil for fuel, Nelson says. Work in the last six months has focused on the tender, reworking the trucks, and patching the sides. Besides installing the oil tank, the tender is ready for paint.

As for the locomotive, Chief Mechanical Officer Mike Manwiller has completed running gear work, and has tubes ready for installation, Nelson says. A new fire door has been cast. “It’s really a labor thing for us,” Nelson says, citing heavy patronage and the acquisition of three GP9 locomotives to pull the trains. The railroad has increased ridership to 110,000 over the last five years with 40,000 of those passengers coming during the holiday season on 81 North Pole Express trains. Running and maintaining those trains have taken people away from repairing and reassembling the steam locomotive.

No. 618 will get done. “It remains our highest restoration priority,” Nelson says. “We really wanted it this year, but it’s more realistic to think of having it back in May 2020.”

2 thoughts on “No steam at Heber Valley in 2019 NEWSWIRE”